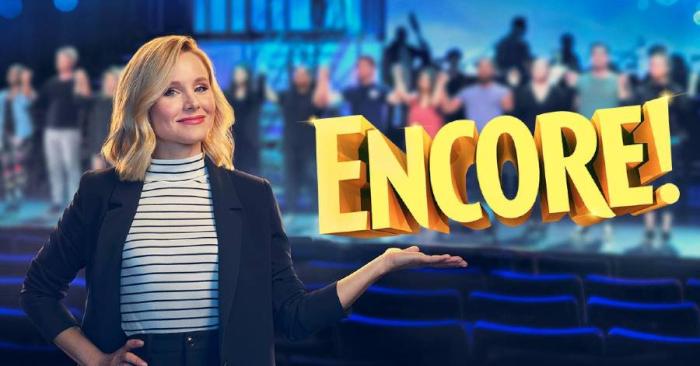 Review: Disney+'s 'Encore!' With Kristen Bell Is Coming For Your Theater Kid Feels

Doing theater in high school changed my life. It’s where I found my tribe, my identity, and even the boy who’d become my husband. (But that’s a story for another time.) Mine is a story both extraordinary and ordinary, because for many, many theater kids, the arc of our stories is the same, though their details of our tragedies and triumphs may differ. Disney+ aims to tap into these stories with Encore!, a reality-TV series that invites former theater kids to reunite and restage the high musical performances that had huge impacts on them. The results are a blend of earnest nostalgia, resurrected angst, tear-jerking, and star-studded celebration.

Disney+ allowed me access to two episodes of Encore!. The first, set in Santee, California, revives a 1996 production of Annie with its now 40-something cast. The second remounts a 2007 production of Beauty and the Beast with twenty-somethings in Saginaw, Texas. In each instance, the cast is invited back to reprise the role they played in high school. They’ll be aided by professional stage directors, choreographers, music directors, and even some professional performers to fill in some of the smaller parts, but the spotlight is all theirs. There’s just one catch: they only have five days.

Encore! aims to present both the inherent drama of this “let’s put on a show” challenge with the personal dramas unfolding in the lives of its cast. First-day montages show each castmate singing for a director who is trying to hide a cringe behind a polite smile. There’s clearly a lot of work to do, and many shots of average joes staring helplessly at the quick footwork of a professional dancer. There’ll be moments of seeming disaster, like a horrendously clumsy run-through and a cast member being ripped out of a costume fitting and rushed to the ER. However, the drama never feels all that intense as the stakes are pretty low. The one-night-only audience will be filled with friends and family, who’d giddily forgive a flubbed line missed cue. And we will too, because this isn’t about putting on a Broadway-level show. It’s about theater being a sacred space for every one of these amateur actors.

In talking-head interviews, the casts will bare their souls along with embarrassing anecdotes and vulnerable admissions, while photos and video from their high school days play across the screen. Today, they are teachers, stay-at-home moms, and office workers, but back then they were loners, losers, besties, and class clowns. Each episode aims to give us insight into how one identity led to the latter, but with so many people in each ep, the stories feel crowded and underserved. In the Annie ep, setups about stay-at-home moms hoping to standout collide into a heartbreaking story of a boy once abandoned, now dedicated to being the dad of which he dreamed. Then both of these—and all other could-be threads—are dominated by the cocky deputy who shows up late, cracks jokes whenever pressed to stretch, and refuses to shave his head—which is already mostly bald—to play Daddy Warbucks.

He’s obnoxious, acting like a hotshot as he refuses to sing and dance before a Tony-nominated Broadway director who has deigned to helm this show. When pressed on why he won’t take his already buzzed hair down to the skin, he breaks into tears realizing how he fears it’ll make him look like the cancer patient he was in his youth. His bravado was covering deep insecurity. He doesn’t want to feel powerless. But on stage, he reclaims his power, stepping out confidently with the freshly shorn head and a song on his tongue. It’s a moving story. It’s just frustrating that others have to suffer to make room for it.

Watching Encore!, I thought of the scripted TV series Slings and Arrows, in which each season follows a fictional Shakesperaren theatre company through one production. That length gives ample time to develop characters and explore the obstacles of putting on a play. By contrast, Encore! allows under an hour to each cast, meaning these complex people made up of virtues and vices are flattened into bite-sized stereotypes like “cocky leading man,” “introverted ingénue,” and “the showboat.” In a scripted show, it’d be frustrating. In a reality series, this approach feels a bit disrespectful to those who opened up their lives to the show’s cameras.

Nonetheless, whatever bumps along the way in the story or its telling, the climax of the show was a joy to see. Cameras cover not only a variety of angles on stage, capturing perfectly hit high notes and playfully bawdy flourishes, but also turn around to capture the audience. Wide-eyed children are giddy with delight as they see their parents step on stage in outlandish costumes. A little blonde girl excitedly waves as her mild-mannered father struts out as the cocky crook Rooster. A little boy laughs as his siblings cover his eyes to keep him from seeing his mom kiss The Beast. A proud, grey-haired mother beams as her grown daughter gets raucous applause for her hard-fought moment. It’s moving, even if Encore! cut corners to get there. Still, this is why the show exists.

As Encore!’s executive producer/host, Kristen Bell pops up on Annie’s opening night to tell the cast to break a leg. There, she speaks to the community and the confidence she found in theater. The eager nods around her echo this sentiment, which speaks to this show’s mission. It’s meant not only to remind its casts of the joys they found in theater, in taking a risk, in exposing your heart, and in playing the fool. It’s also meant to remind us at home of these thrills. It does that. I spent the rest of the night thinking back on the big personalities, the wild stories shared, brown paper bag awards, and the wallflower who bloomed before me, then married me.

Encore!’s ability to evoke such memories is enchanting. As a series, however, it feels like it’s struggling to find its way. Its invited cast is full of moxie and happy to share themselves in this experience, which is a joy to watch. Yet there’s a meanness that creeps in with the recurring musical director who side-eyes their efforts and talks smack in his interviews. There’s a crudeness to the cut that undercuts complicated personal journeys for showy emotional beats. However, there are moments of grace, like when long-lost friends reconnect or when a tough guy finds his soft side, or when Broadway actress Susan Egan stops by to do some mentoring and drop some insight so sharp it literally took my breath away. All in all, Encore! is a bumpy production that doesn’t feel quite ready for the public, yet has undeniable charms. 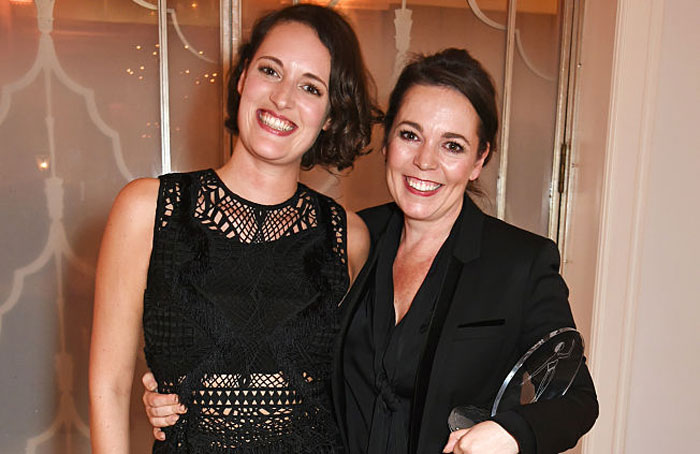