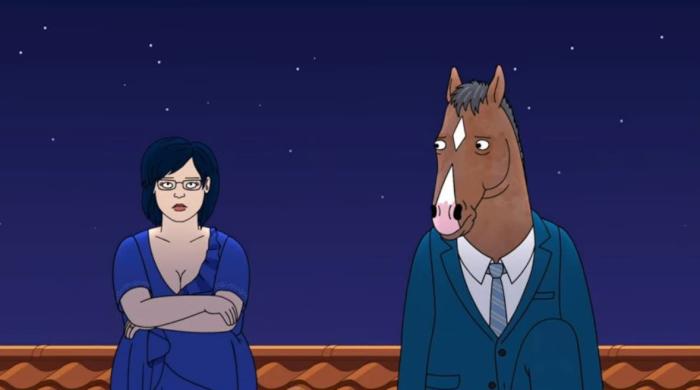 And so it comes to this. BoJack Horseman, the animated comedy that helped to kickstart the age of original programming on Netflix, finished its sixth and final season with eight episodes that showed how a Difficult Man on TV could be more than a problem. When we all write our endlessly long histories of the age of Peak TV, it will be depressingly easy for many critics to omit Raphael Bob-Waksberg’s scathing satire of Hollywood from the conversation, but to do so would be a tragic disservice to the series and the medium at large. At a time where the face of television changed dramatically and the era of the moody anti-hero dominated, it was a cartoon about an anthropomorphic horse who starred in a cheesy Full House rip-off that most beautifully dissected its tropes and explored the basic tenets of humanity and trauma. That’s no hyperbole — BoJack Horseman is one of the true masterpieces of television in the 21st century and I stand by it.

It’s a miracle that the show ended as strongly as it did while still offering the faintest glimmers of melancholy hope for its protagonist and the audience at-large. Frankly, I was convinced that the only way this series ended was with BoJack dead, either by his own hand or through the sort of substance-fuelled tragic accident that plagued many a Hollywood True Story. Where else could it go after the last episode of the first half of season six showed the first domino toppling for his inevitable downfall to rock bottom (again)?

BoJack (voiced by Will Arnett in the performance of his life) ended the first season by asking Diane with utter desperation if he was a good person. She never answered. That issue became a driving force for our hero (?) — could someone so toxic truly change for the better? As the show progressed, it bravely posited the idea that perhaps BoJack wasn’t good and could never be so. He’s a Hollywood guy and as we know from over a century of history, sh*tty men in the entertainment business are hardly given true ultimatums to stop being sh*tty men. The series even got meta in damning the ways that horrible men, both in pop culture and real-life, are lionized for their faults by admission of having them. BoJack Horseman easily could have continued down this path and remain a brilliant show but that wasn’t good enough. It wanted to ask even tougher questions, one that entertainment is often too tentative to pose: What happens to bad men who want to and actually do change for the better, and is such a thing even possible in terms of our wider societal context? BoJack got sober and put in the work to be a good man. The thing is that despite being the hardest task he’s ever accomplished, it’s still not that easy.

BoJack is a piece of sh*t. For as long as he lives and for as much as he has committed to genuine change in his life, he will forever be a piece of sh*t. It’s the albatross around his neck that he must drag around until it all ends. The thing about being a piece of sh*t is that the stench lingers long after you’ve cleaned up your mess, and that’s something BoJack seems almost hilariously unprepared for. In his mind, penance has been paid. After years of soul searching, failure, and collateral damage, he’s finally clean and sober and aware of the world he lives in. For him, that’s painful enough, but just because he himself is no longer hurting like he used to, that doesn’t mean the rest of the world is ready to love on. BoJack has left scars on his friends, enemies, colleagues, and the occasional total stranger, and some of those marks are irrevocable. Sarah Lynn is dead, in part because of him. A teenage girl, the daughter of one of his former best friends, struggles to get on with her life following his invasion. People who trusted him were thrown under the bus in acts of pathetic self-preservation. Even his own half-sister, the one buoy he has to keep his head above water, can’t cope with the weight of his poison.

As we saw in the first half of this season, some former co-stars and directors are now prey to the misogyny of the business because of BoJack’s actions. Here, we see how the people he claims to love the most are left in dangerous ruts and unsafe spaces thanks to years of his abuse. Diane’s problems with abandonment and depression originated well before BoJack but the shadow he casts over her new, seemingly blissful life in Chicago forever lingers. Princess Carolyn is his friend, manager, agent, and ex, and the ties she has to him are so tangled and achingly personal that cutting loose seems impossible. Even Todd, so happy-go-lucky and clearly the one person in the ensemble who’s reasonably well-adjusted, has to come to terms with how his kind of friendship to this one jackass left him in such a liminal state during the most crucial years of his life. Ultimately, some of them have to come to the realization that they can’t hold onto BoJack forever. It’s not healthy and, no matter how much he changes and how much they like the new Horseman, the old one hurt them too much to forgive. It’s safer for everyone if they disconnect, and therein is one of the most painful lessons that BoJack Horseman has to teach us.

As one would expect with a final season trying to close all its doors in only eight episodes, BoJack Horseman doesn’t end things neatly for everyone, but to do so would feel like a betrayal of everything they set out to do. Diane, now in Chicago with her lovely boyfriend and living a stronger life thanks to improved management of her depression, still feels lost at sea over her past and the weight she feels to do something with her trauma. As a writer myself, I cannot tell you how awfully seen I felt by her narrative and the crushing expectations she feels to turn every aspect of her life into a commodity to sell. Eventually, she must realize that not every aspect of her life is copy and she isn’t obliged to mentally torture herself in order to be a good writer. Diane has always been the secret weapon of the series and her ending felt the most satisfying to me, especially in how she concludes her relationship with BoJack. As she herself says, sometimes the people who change your life the most don’t stick around for all of it, and that’s okay.

The loose end that feels the most frustrating is that of Mr. Peanutbutter, whose arc with Pickles ends quickly and all we see of him is his perpetual guilelessness as he skates through life on the sheer force of male mediocrity (if anyone can explain the concept of Birthday Dad to me, I would be forever grateful.) Of course, Hollywoo is also full of people like him, and the only thing that separates him from BoJack is that his bullsh*t isn’t actively destroying people’s lives.

So, what happens to BoJack now? How do you come back from having the world hate you more than you hate yourself, and losing the people who now, mostly for good reasons, want nothing to do with him? The show hints that ultimately he will be fine because the world’s fishbowl memory always allows for comebacks, especially for famous men. It’s a moment that inspires complicated feelings. After six seasons, I can’t help but want BoJack to be happy because we’ve seen his struggles and the true evolution to his character, but that doesn’t mean he’s owed anything. The rest of the world in this series didn’t get to pay witness to that. All they know of is the sh*tty guy who got his former co-star high and left her for dead, the man who got teenage girls drunk at their own prom, the drunk who strangled a woman on-set. Frankly, why should they care about his guilt or contrition? If I was in their shoes, I wouldn’t waste my valuable time thinking about poor BoJack and his plight. If he’s going to be fine, why would I care?

I’m forever grateful that BoJack Horseman was smart and brave enough to do what it did, especially during the past decade of entertainment when bad men became more powerful and our culture deified them, even as we saw the brutal consequences of such behavior. Now that the series is gone, I wonder if we’ll learn the right lessons from it. Then again, as the show so painfully revealed, it’s not like doing the wrong thing ever hurt the ones in charge for that long.

The second half of the final season of BoJack Horseman is now available to watch on Netflix.