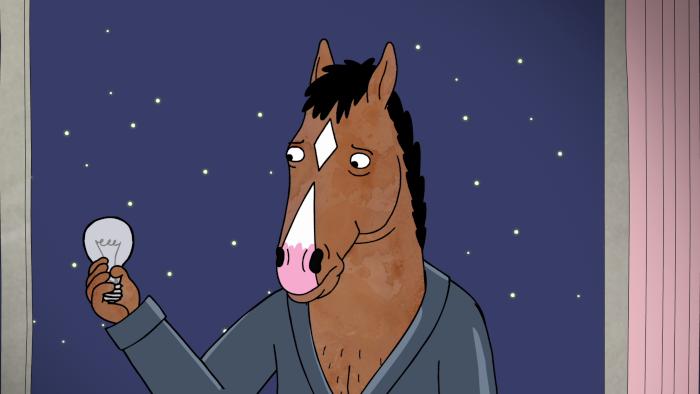 No More Horsin' Around: 'BoJack Horseman' To End With Two-Part Sixth Season

Another day, another Netflix show is coming to an end.

BoJack Horseman, one of the streaming service’s first original comedies, has won over many critics and fans with its increasingly dramatic dissection of the proto-typical ‘difficult man’ of prestige TV who also happens to be a man-horse actor.

Now, one of the best shows on television is coming to an end with its sixth season. But don’t worry, the true end won’t be here until January because that final season is being split into two parts: Part one will drop on October 25.

if you asked me 6 yrs ago how i thought id be rmembered id have probably said that horse from horsin around but here we are season 6 on @netflix the 2 part final season before i hit the dusty trail aka runyon dont make plans oct 25 or jan31 bc youre watching me and feeling feels pic.twitter.com/PbVBLdfXP6

A lot happened last season and somehow the show got EVEN DARKER! Season six will see BoJack dealing with rehab, Princess Carolyn is juggling single motherhood, Diane is still in a post-divorce lag, Mr. Peanutbutter is supposed to be getting married to wife number four, and Todd is still our asexual hero.

How will it all wrap up? Is there a happy ending in sight for BoJack or is he beyond that? I would love to see a moment of joy for him, or at least a brief respite from the unrelenting bleakness the show is oh so good at doing.

← Should You Watch The Rock's Show 'Ballers' or The Rock-less 'Succession'? | 'Late Night With Seth Meyers' Takes A Closer Look At Trump's Ukrainian Scandal, And, Man, Is He Stupid →