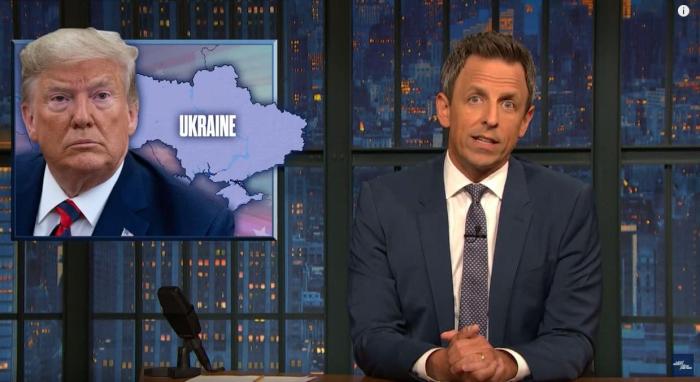 So Dustin’s been, apparently, not sleeping or eating or engaging with his family over the past few days so that he can stay on top of all of the impeachment news. It’s a near Herculean effort, and he should be lauded for it. (Hey, real quick, remember when we were talking about the Emmys? That was Monday. What is time even anymore?) But I feel like in his effort to give us the news, he hasn’t been able to properly address a major component of this scandal: Everyone involved is a godd*mn idiot.

Literally every single person who has anything to do with this scandal specifically, or this administration in general, should have any and all licenses, including those for fishing or bird expertise, revoked. They’ve exposed themselves as not intelligent enough to operate an electric toothbrush let alone a motor vehicle. They don’t know how anything works. And it finally, finally seems to be catching up with them.

When it’s all laid out like that, it’s kind of overwhelming, right? When you get the condensed version? Just a straight shot of bad decisions and terrible choices? It’s great, but in a way that maybe ruins you morally.

It actually makes a certain amount of sense that Trump would be too dumb to run the executive branch without accidentally breaking a bunch of laws. He’s never had anyone tell him no on anything, he was consistently catered to and flattered, but he also was never actually in charge of anything important enough that it mattered how terribly stupid he is. Now the people around him are too stupid to treat Trump as the stupid person he is. Pence and Giuliani are career politicians who should, theoretically, know better. So why didn’t they? Greed? Hubris? Not being actually awake when they agreed to work for easily the most corrupt President who’s ever held the office? Not that I feel sorry for any of them, I’m just trying to figure out what, if anything, they were thinking.

And the best/worst/best again part of all of this is that they aren’t just stupid. They’re genuinely terrible people too. If they were just dumb and continually screwing up their own lives, they’d be fairly heartbreaking. Like what Charlie Kelley’s life would be like were he not in a comedy. But like Charlie and the Gang, Trump’s administration is filled with the absolute worst people. Too stupid to not commit crimes, too wildly selfish to not take down every single other terrible person with them. It’d be funny if it weren’t so horrific. Actually, it’s still pretty funny.