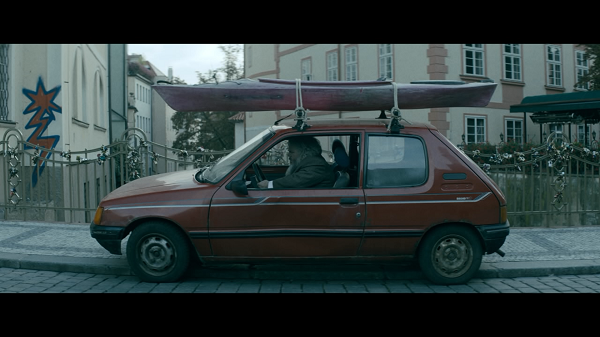 Review: Amazon's 'Patriot' Is The Best Show Of The Year

This day couldn’t come fast enough for me. Patriot is live on Amazon!

Amazon shot the pilot last season, as a way to gauge interest, and I fell head over heels in love with it. To the point that I was harassing people to watch it.

The last time Seth visited Dustin I was relentless.

“You guys watch it yet?” “Three minutes. That’s all I’m asking. How hard is it to give me three goddamn minutes?”

“But maybe also just watch through the main title sequence. I love it. The theme song is TRAIN SONG by Vashti Bunyan and it’s fucking haunting. HAUNTING. I’ve had it on a loop since November.”

“You guys watch it yet?”

And then, they blessedly gifted me ten minutes of their precious time and I got the text back from Dustin:

“I would watch the SHIT out of that show.”

I wasn’t sure if Amazon’s digital launches were like Netflix and rolled at midnight, but I got up at 5am this morning like it was Christmas. And lo! There, in front of me, ten glorious episodes.

I stopped after three to write this, and because I don’t want it to end.

Patriot follows the story of an American spy — a N.O.C. for the United States. Do you know what that is? 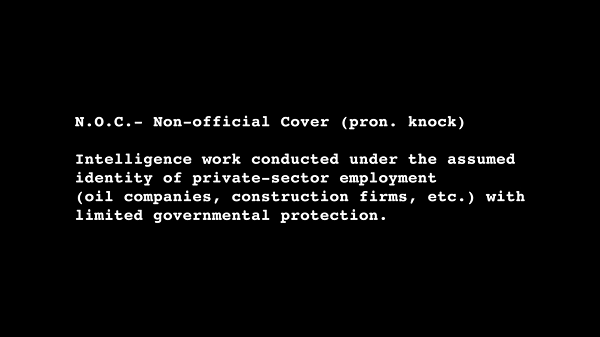 Incidentally, that’s how the show opens. With this definition. And then we proceed to spiral down an absolute cesspool of human frailty, human error, and human excess. It’s just profoundly pleasing.

I’m not sure that looking at the previous work of show creator Steve Conrad would have given you the idea that he had this kind of tour de force in the tank. I want to hug him it’s so good. But not only that — the vision for this show is so uniform and clear and the comedy is so rich and dark and understated. It’s almost British. When you’ve (quizzically) endured television like FX’s Taboo — which sometimes feels like all show and no go — to have a series with a clear perspective and position on the world feels like a gift. The understanding of humanity, the worldview, the story, and the music are all inspired. Truly inspired.

And it looks unbelievable. Did I mention that? It’s breathtaking. 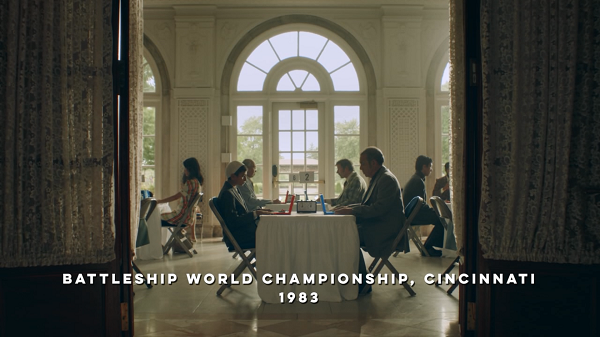 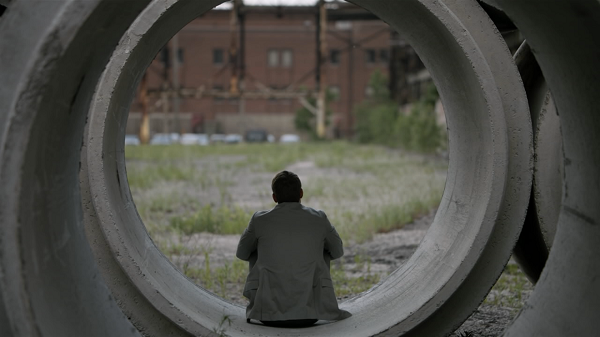 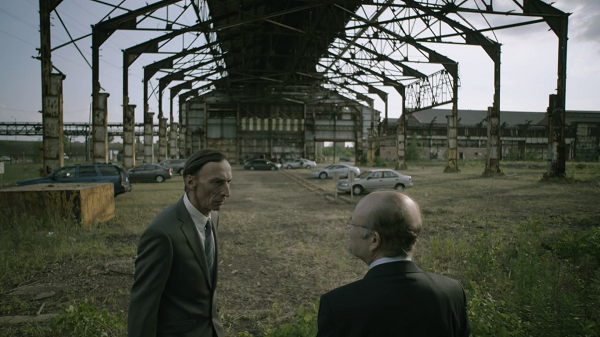 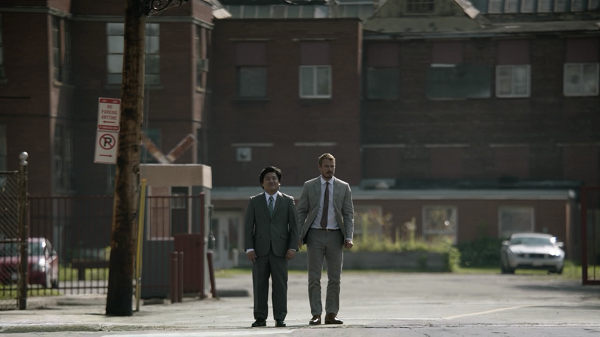 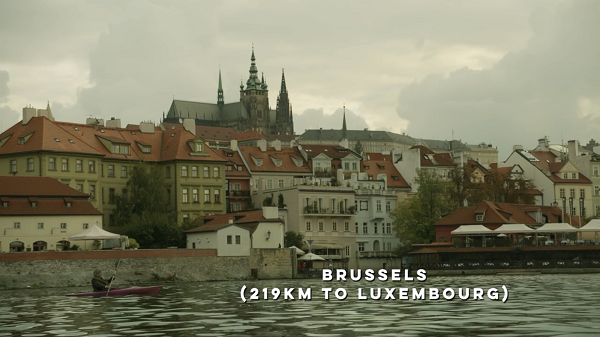 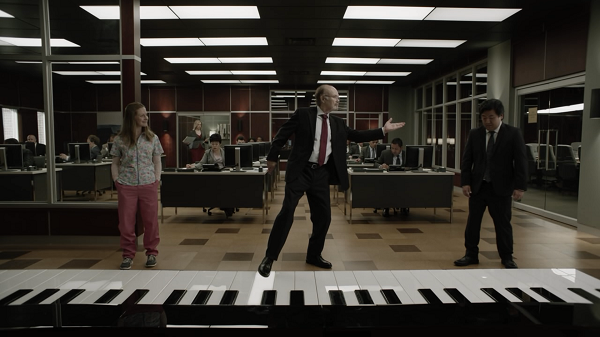 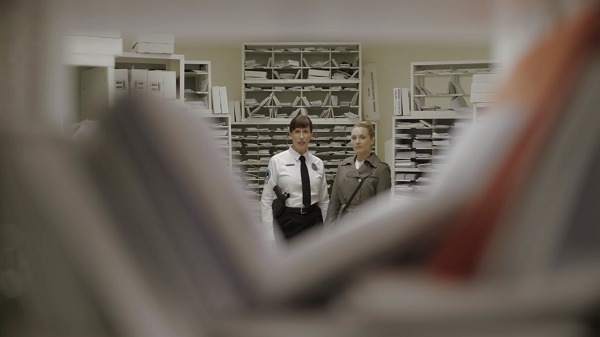 I don’t want to give too much away, because I want you all to just dive in and relish what this show is, but here are the players:

This is your lead, John Tavner, played by Michael Dorman. 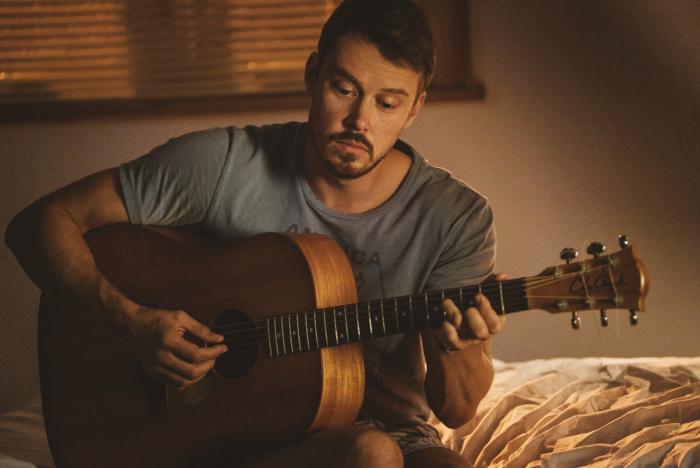 He’s our N.O.C. His job is to get a job with a piping company in Milwaukee, because they do their banking and sales in Luxembourg and by extension, Iran. But he knows jack shit about piping and has to cram like a madman to get the job. When he fucks up a sales pitch, his boss, played by Kurtwood Smith, shames him publicly, by saying this is all you had to say:

Hey! Let me walk you through our Donnely nut-spacing and cracked system rim-riding grip configuration: using a field of half-seized sprats and brass-fitter nickel slits, our bracketed caps and spray-flexed brace columns vent dampers to dampening hatch depths of ½ meter from the damper crown to the spurv plinth. How? Well, we bolster 12 Husk Nuts to each girdle jerry while flex tandems press a task apparatus of ten vertically composited patch hamplers then pin flam-fastened pan traps at both maiden apexes of the jimjoints. 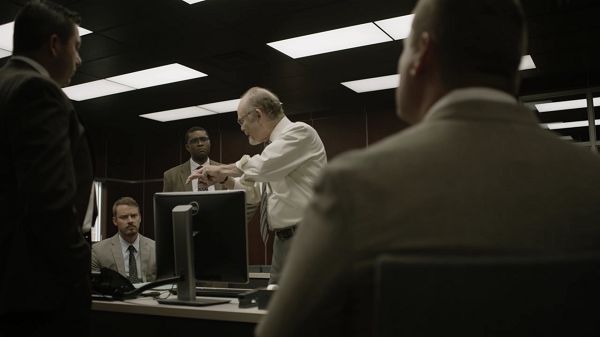 Everyone knows that. What a dummy!

(Yeaaaaaaaah. That’s dialogue from a show you can watch right now.) 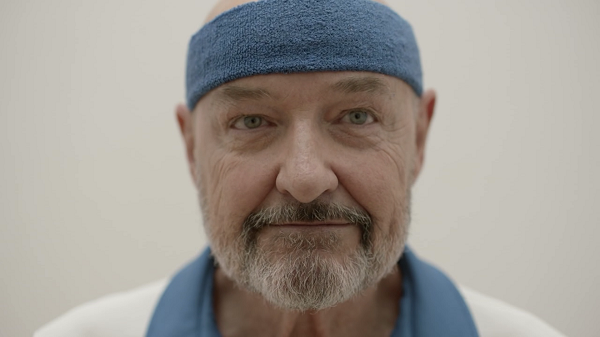 He reminds me of Jack Nicholson a little in the way that he doesn’t necessarily bend to the role. More like the role bends to him. But he manages to be the grownup and hold center for a pretty bizarre swirling typhoon of insanity. He’s equal parts fun and edgy, so you get the Tom Tavner above and you get the Tom Tavner below, and they’re both great. 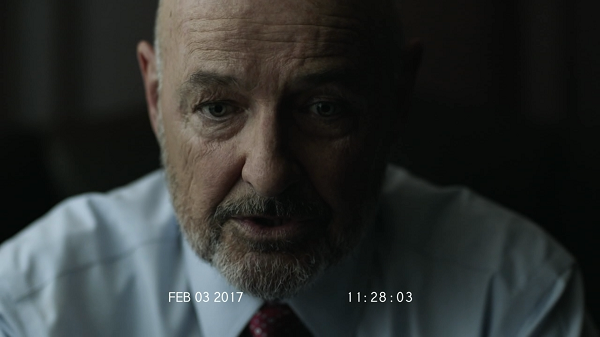 Edward Tavner, a member of the House of Representatives, is played by Michael Chernus. He absolutely blew my doors off with his performance. The subtlety and pain and confusion and dark comedy. He’s sooooooooo good. On a show with a million awesome performances, his stands out. 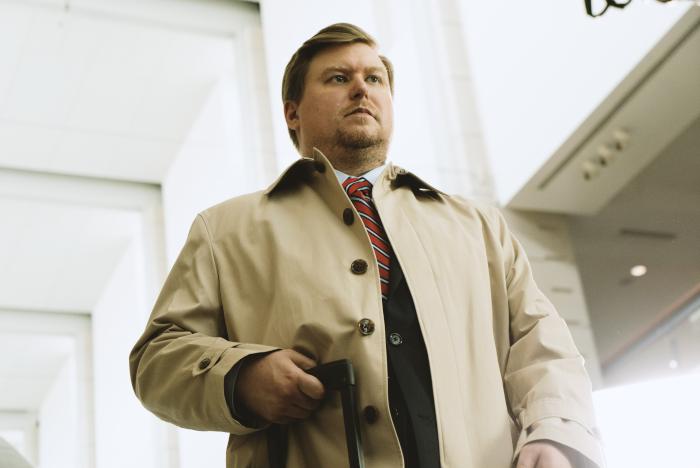 Like his father, you get the business Edward, and the personal Edward, who is…complicated. 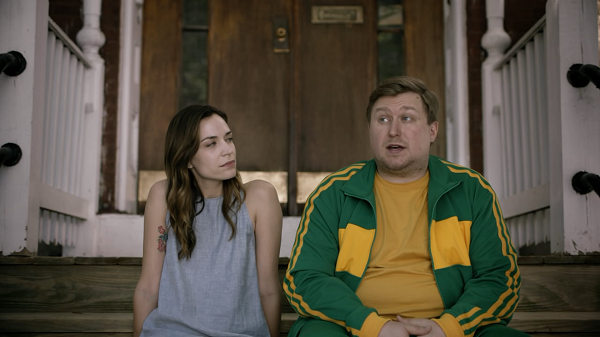 One of John’s co-workers is played by Chris Conrad, who is flawless and brilliant on this show. 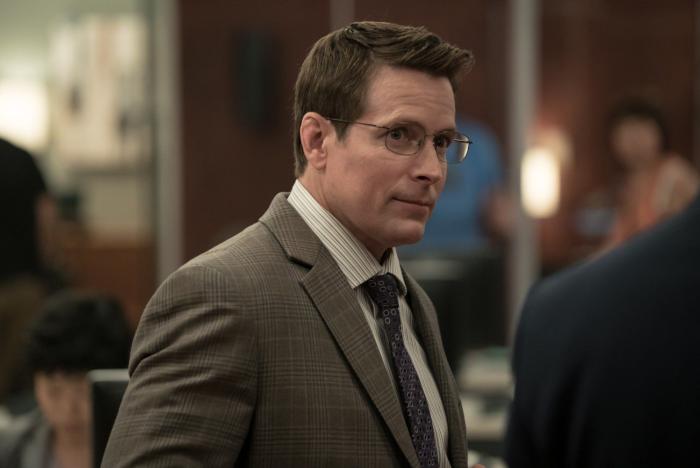 Then there’s this whole part that takes place in Luxembourg, and the police need to get involved. Enter Detective Agathe Albans, played by Ailette Opheim. 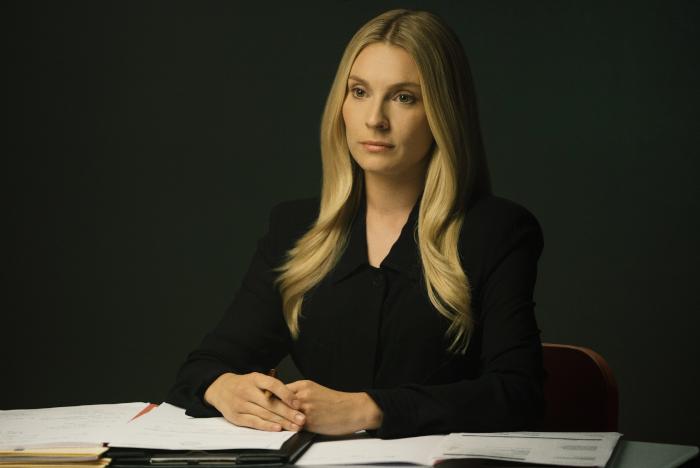 It’s impossible not to root for her, especially as her department of all-women investigators is mocked by her male peers. She’s captivating. 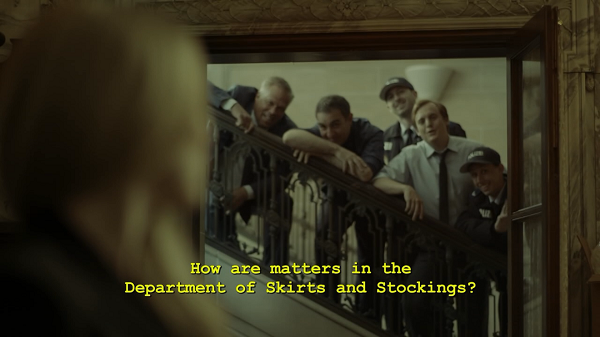 Character after character on this show is built like a Prussian fort. They all have believable, rock-solid-in-their-realness lives and human quirks and backstories that are actually interesting. It’s like someone actually put some thought into a show! Imagine that!

I’ve always really liked Gil Bellows, and he appears on the show and gets a “story by” credit, which just makes the whole thing even better. 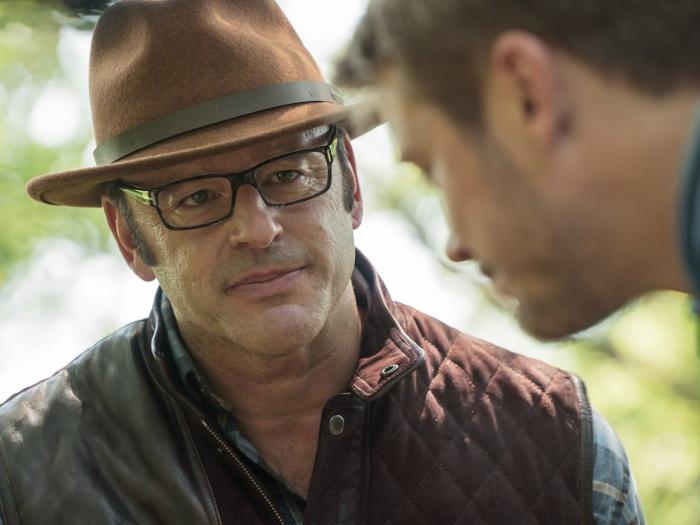 I’ve been writing to Amazon since November, begging them to give me permission to air some clips on Pajiba, and unfortunately, they gave me the run around. But this show has the makings of actual greatness. It’s my favorite show since Game of Thrones, and in my opinion, it’s the best show of the year.

I think it’s in a league by itself.

Jump in and come back to post here, because I know some of you, at least, will fall in love, and I want to hear aaaaaaaaall about it. I’ve been alone in this nest for MONTHS.

← Patrick Stewart Tells Us All about His Pants Picard (It's His D*ck, Guys, He's Talking about His D*ck) | 'My Brother My Brother And Me' Is Full Of Some Good, Good Goofs →