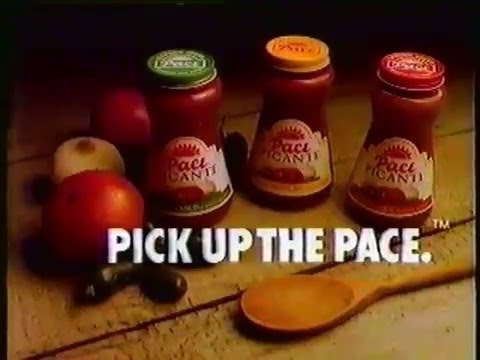 Remember the '90s Pace Picante Ad with the Lynching Joke?

My wife and I were talking this weekend about the weird commercials of our youth, and I suddenly recalled a Pace Picante ad that ended in a very f**ked up way. I grew up in Arkansas, and she grew up in New Hampshire, but we both specifically remembered a bunch of irate cowpokes upset that they’d been given salsa from New York City instead of Pace Picante sauce, which is “made in San Antonio by folks who know what Picante sauce should taste like.”

I don’t know if there were regional differences in the Pace Picante commercials, but when I looked it up, the first ad from the ’90s I saw didn’t have the “joke” in it and I thought I was misremembering. Maybe that was the ad that aired up north. But sure enough: In the second ad I pulled up, there it was. After the cowpokes expressed anger at the Yankee salsa, one of the cowboys leans back and says, “Get a rope.”

Y’all, the ’90s wasn’t that long ago. And to my recollection, this ad was on so frequently that in the South, we often referred to New York City with the same spitting disdain as the cowboys. “NEW YORK CITY!?”

And if you’re thinking, “Well, that was 30 years ago! You’d never get away with that today!” First off, the ’90s weren’t that long ago! Top Gun is a few years older than that commercial! Also, as it turns out, I’m not the only one who remembered that ad. When someone on Twitter asked Texas Governor Greg Abbott what he should do about the fact that a local Whataburger joint ran out of Dr. Pepper in 2019, Abbott responded with the same line.