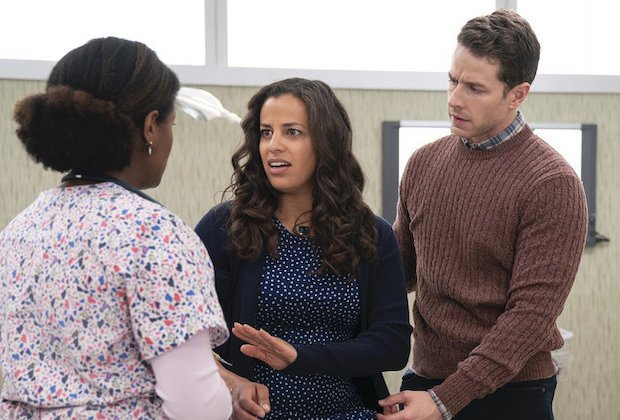 Manifest is like listening to a three-year-old tell you about his dream. It goes on and on and on, it’s uninteresting, there’s no point to it whatsoever, and the child only pauses long enough to shit himself while he’s smiling ever-so-slightly while looking you dead in the eye.

In this week’s episode, FBI Agent Vance is back, and you’ll never guess how he faked his death. It was very elaborate. In a flashback, we see Vance being put in an ambulance after he was “shot” last season. The paramedic says, “We have to get you to a hospital!” Vance responds, “Nah. People inside our government want to kill me. If we are going to take them down, I want them to think they succeeded.” Then he hands his dog tags to the paramedic and says, “You know the drill.” Flashback over. That’s it. That’s the explanation.

Meanwhile, in the present, Vance starts telling Ben and Michaela about a money trail that leads to The Major (Elizabeth Marvel), who has increased her spending in the last week, and then he tells them about his dream, and he looks Ben dead in the eye and he shits himself.

Elsewhere, Grace decides to get a test to determine whether Ben or her ex, Danny, is the father of her baby, but before the doctor can take her blood, Grace hears her own voice inside of her head say, “No, no, no, no.” She runs out of the office, and Ben grabs her. “What’s wrong?” he asks, and Grace explains it. “You’re having a calling,” he tells her, and then they embrace because it means that the baby is Ben’s! Why? Because the callings that the 828 passengers have can be passed on genetically, obviously, which means his callings have been passed on to the fetus, which has passed them on to Grace. The question, however, is this: Does the “death date” also pass on genetically? Dum dum dummm. The plot thickens.

Can we just take a moment right here and appreciate how profoundly stupid that development is? Man travels through wormhole, comes back five years later, begins experiencing visions and finds out that his life has an assigned expiration date. He impregnates wife, and the fetus genetically inherits those visions and the death date, and the fetus passes it on to the mom. Wow.

Meanwhile, the older sister, Olive, is feeling left out because she’s the only one in the family who doesn’t experience callings. At one point, her little brother Cal has a question, but won’t talk to Olive about it. “It’s about a calling. You wouldn’t understand,” he says. “It’s OK, I get it,” Olive says in a huff, before going upstairs and trashing her room. Later, her mom sits down with her. “Honey, we will always be a family. Nothing can come between us. Not even the callings!”

Is there a Hallmark card to offer alienated family members who don’t receive callings or death dates? Not that Olive needs one, because eventually, she joins a group of people who feel alienated by Flight 828 after a woman gives her a brochure after Olive drops her books. “Those are some serious books,” the woman says, before looking Olive dead in the eye and shitting herself.

Finally, in the case of the week, a passenger named TJ has a vision, and here’s an actual piece of dialogue in this week’s episode delivered to a police officer with no affectation whatsoever, as though reading off of a cue card, after TJ’s vision leads him to a dead body:

“I was just walking and, I don’t know, I had a feeling. So I started digging, and I found her. I know how crazy that must sound.” The Manifest writers just ate Shakespeare’s lunch.

Jared is skeptical of TJ’s explanation and believes he knew where the body was because he killed her. Ben decides to help TJ, whose mother, we learn, died while TJ was in the wormhole. We eventually learn that someone else killed the woman after another Michaela vision — when she and her boyfriend have callings now, they start shaking violently, like they’re experiencing turbulence on the plane, because f**k it, why not? They don’t even try on this show anymore.

Anyway, the kicker is this: The reason TJ was having callings of this particular dead woman is because, when he disappeared, all of his belongings fell into the dead woman’s possession, and she made art out of it, and someone thought that this was worthy of appearing in an art gallery instead of in a not-very-bright teenager’s bedroom. 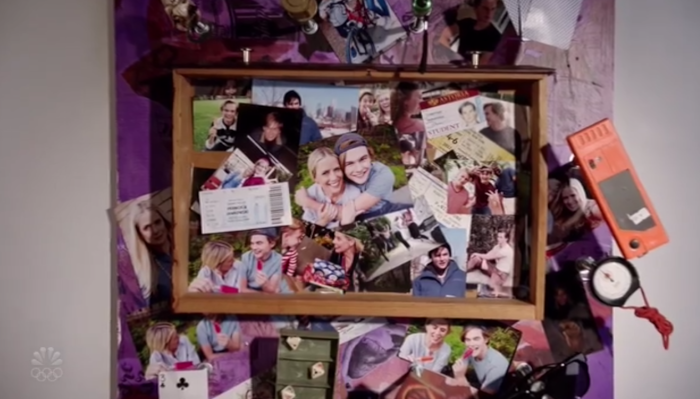 God give me the strength to get through this season.

← Why Did Abby Huntsman Really Leave 'The View'? Take a Wild Guess | 'Doctor Who' 'Orphan 55' Recap: This Show Has Lost All Its Mojo →