From Kimmel to Meyers: Ranking the At-Home Backdrops of All the Late-Night Hosts

I am a huge fan of late-night television, and in tumultuous times like the one in which we are living, late-night television has always been a source of comfort and normalcy for me, be it Letterman and Jon Stewart after 9/11, Kimmel during the attempt to repeal Obamacare, or Seth Meyers … for the last 4 years. And whenever I need an instant laugh, I can always turn to Conan.

But I am not here to talk about late-night television. I am here to talk about the backdrops they are using on their shows right now. They are all currently social-distancing, and while most have been creating videos from home for a couple of weeks, this week they have all officially returned. And now, we get a peek into their actual lives, and by that I mean: Their offices, garages, and living rooms. Let’s rank them from worst to best:

8. James Corden, The Late Late Show — I’m sorry, James. This is just too try-hard. You’re at home, don’t try to make it look like a real set while also featuring a foosball table in the corner to give it some at-home authenticity. It looks like you are playing dress-up late-night host. 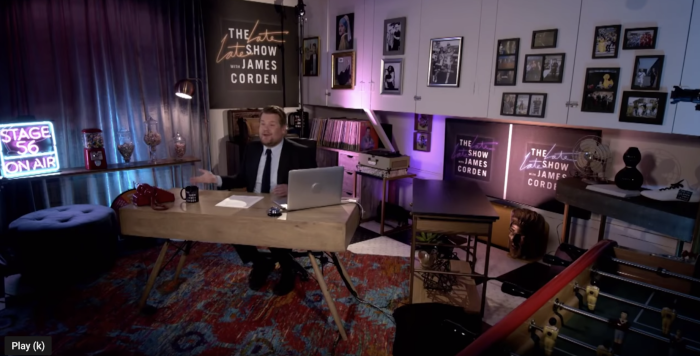 7. Jimmy Fallon, The Tonight Show — OK, so it’s clear that Jimmy is doing his show from his cabin out in the middle of nowhere, where he probably feels more isolated than anyone. Most of the other late-night hosts have anti-social tendencies, but I’ve been watching some of Fallon in the last week. He is a social animal, and it is clear that the isolation is getting to him. My wife called this his “birch room” or something like that, but it looks like a knock-off version of what I expect Don Jr.’s living room might look like. 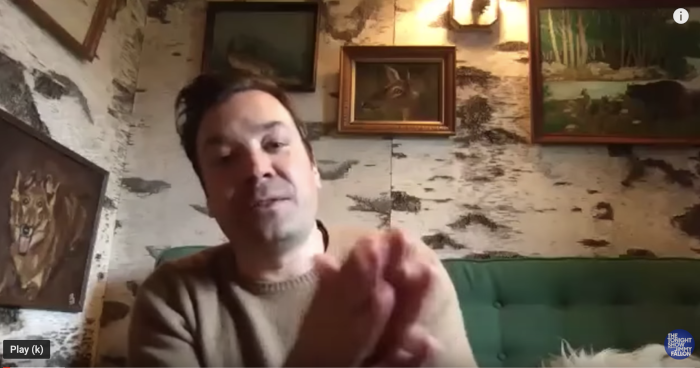 6. Jimmy Kimmel, The Jimmy Kimmel Show — Jimmy’s backdrop looks like a home where a famous celebrity was murdered in the 1960s. Is Jimmy filming from, like, his mom’s house? Or Cousin Sal’s? That is one ugly backdrop, which seems to imitate the bad wallpaper and dark wood paneling popular in the ’70s. 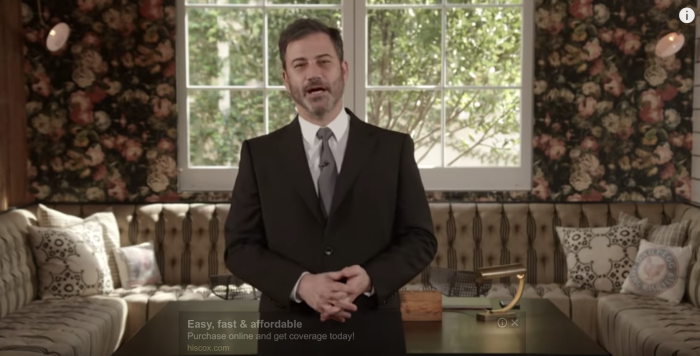 5. Stephen Colbert, The Late Show — Colbert’s is … unremarkable. It is neither worthy of praise nor of scorn. I do notice, however, that he has The Daily Show’s America among his books, so that’s nice! 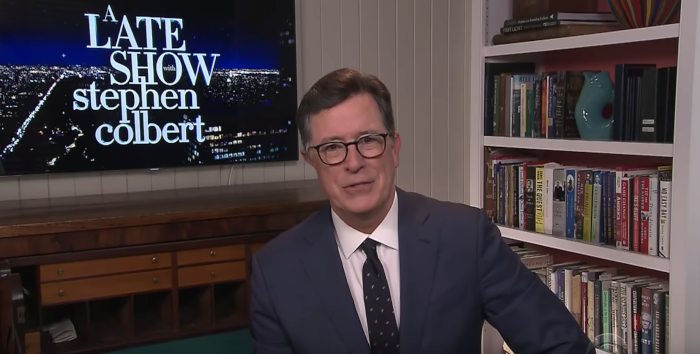 4. John Oliver, Last Week Tonight — I appreciate Oliver’s “I don’t care” attitude. Just a blank-white background. Oliver doesn’t want his backdrop to interfere with his message. It looks a little like a 1980s local newscast, though, or like early ESPN. 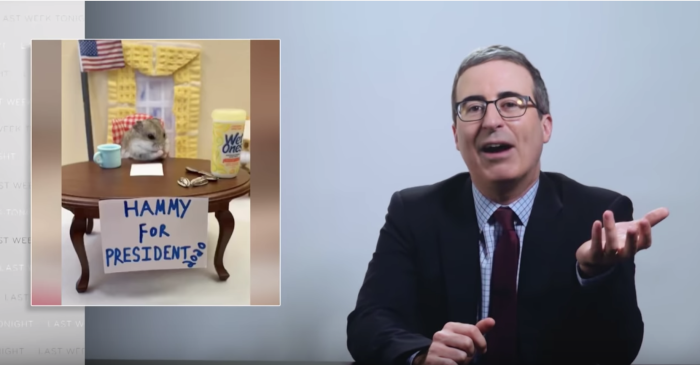 3. Trevor Noah, The Daily Show — Genuinely, I think that Noah is probably doing the most important work in late-night right now, interviewing the likes of Dr. Anthony Fauci and — last night — California’s Governor Newsome. He’s actually trying to provide information. However, his spare backdrop looks like he’s filming from inside a fancy RV in space. 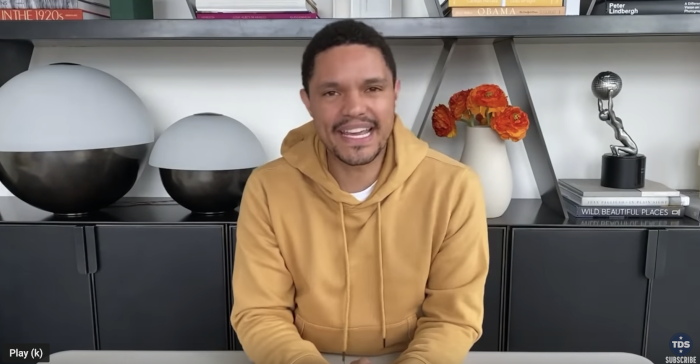 2. Conan O’Brien, Conan — Conan’s backdrop is almost exactly what I would have pictured for Conan, who is a huge history buff. I feel that Conan’s selection may have also been a little too intentional, too, like, “This is how I want my audience to see me. Remember, I am the smart one!” 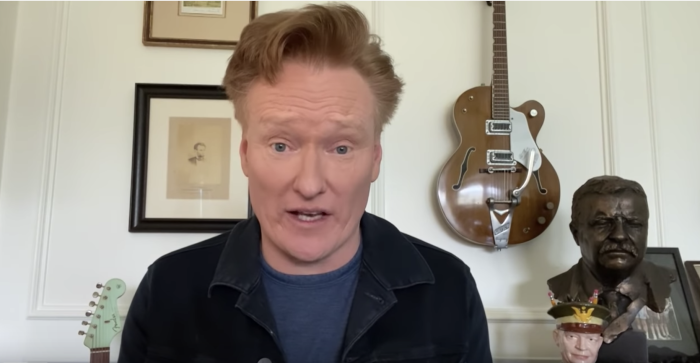 1. Seth Meyers, Late Night — OK, honestly, I love everything about this backdrop, even the ladder, which is a nice aesthetic choice, but is it necessary? Are his bookshelves so high that he actually needs a ladder to get to the top? 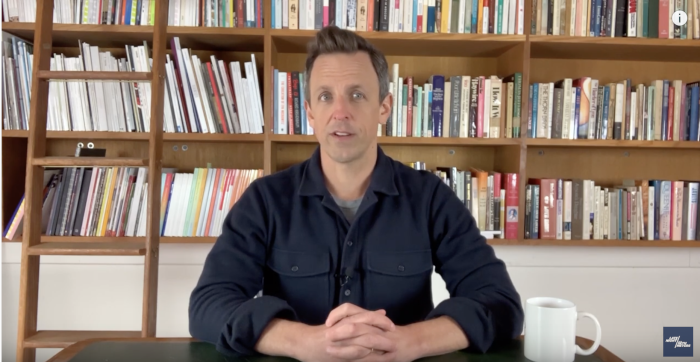 (Not pictured: Samantha Bee, who did her show from the woods last week!)