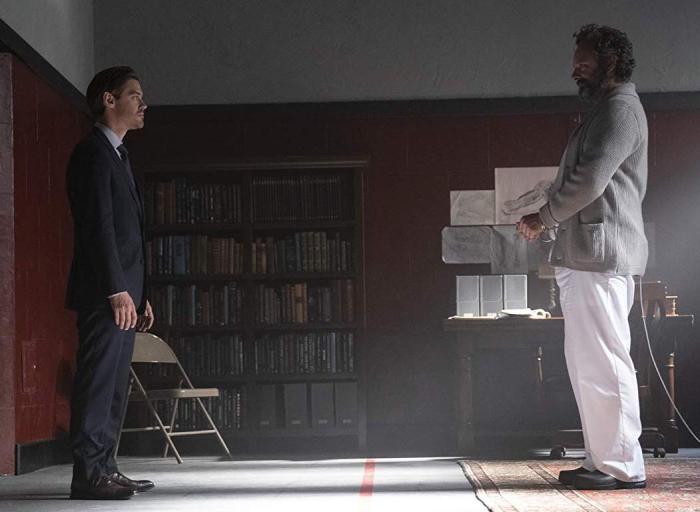 'Prodigal Son': The Girl In The Box Is The Real Mystery

When I reviewed the pilot for Prodigal Son last week, I mused, “I’d have pegged a copy-cat killer as a season finale stunt, not something to be blown at the very start of the show, and subsequently I’m not really clear on why Malcolm will need to rely on Martin moving forward. I’m also curious how the show will balance cases of the week vs. longterm story arcs, since sticking a serial killer profiler with the NYPD seems like it’ll have limited returns without some creative plotting.” So the good news is that this week, with its second episode, the show has seemingly answered all my questions!

Right out of the gate we have an answer to the case-of-the-week format, since the NYPD does call Malcolm in for another consultation — only instead of a serial killer, it’s a multiple homicide. But, like, a crazy one! A family is poisoned at the dinner table, and the patriarch was forced to watch them die… and then the killer stuck some Black Mamba snakes in his belly and sewed his mouth shut. So I guess Malcolm is going to be their go-to guy anytime they’re facing a crime that’s super-duper unusual? I can get down with that.

As for why Malcolm would need to continue interacting with his father, that also is cleared up. It turns out that Martin is permitted “phone time” from his cell (which he usually uses for — wait for it — “medical consultation,” because who doesn’t want medical advice from a convicted serial killer?!), and he’s decided to use it to harass his son. Basically, Martin insists that he wants to help Malcolm solve cases, because being interested in murder is the one thing that binds them, and y’all — he is NOT LETTING THIS GO! Still, that doesn’t answer why Malcolm would need to talk to his father. He could just block those calls and move on with his life. And that brings me to the first longterm story arc of the season: The Woman In The Box.

It seems that speaking with his father again has dredged up some old nightmares for Malcolm, only he’s convinced his dreams are actually memories that are coming back to him. He sees himself as a child exploring his father’s cellar (or as his mom called it, “Dad’s Hobby Room”), where he discovers an old trunk. And when he opens it, he finds a naked woman folded up inside. From there, the memories are fragmented; it seems like Martin chloroformed him, then tucked him into bed, and he remembers his mother coming into the room and talking to his father about the situation. He also remembers that when Gil searched the home upon Martin’s arrest, the trunk was empty — there was no girl to be found.

So Malcolm decides to see his father and ask him for the truth.

Will Malcolm ever find out the truth?

It’s clear that learning the truth about the girl in the box is going to be the central mystery driving Malcolm, as well as the reason he continues interacting with his father. And it’s also clear that this isn’t a mystery that will be resolved anytime soon. What’s most suspicious is that both Martin and Malcolm’s mother Jessica are reciting the exact same denials, insisting that there never was a body and that it was all in Malcolm’s head. Are they gaslighting him, or is he really delusional? My money is on this being some sort of cover-up, perhaps because Malcolm himself is implicated. By the end of the episode Martin tries to spin the blame back toward Malcolm, questioning how many more people died because Malcolm didn’t call the cops after he went to the cellar, then insisting that perhaps it would be better if Malcolm never learned the truth. So are they trying to protect him?

Even more suspicious? After Malcolm’s final visit with his father, the prison guard calls Jessica to let her know about it — and she throws her phone against the wall in a fury. It made an earlier offhand comment from Malcolm’s sister make a whole lot more sense, something about how if his mom knew he was still talking to his father he’d be dead. I’d assumed Malcolm had been keeping his visits a secret so his family wouldn’t be worried, but maybe it’s more than that. In an interview with TV Insider, showrunner Chris Fedak hinted that there’s more going on here than meets the eye:

We will need to learn how much Jessica knew about her husband’s, uh, “hobbies” — or at the very least, we need to find out why his mom is secretly keeping tabs on Malcolm (and Martin).