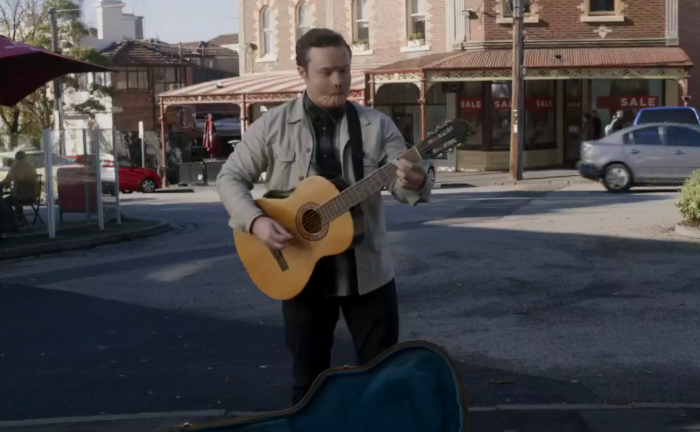 In Its Penultimate Episode, 'Preacher' Acknowledges that Arseface Was a 'Mistake' 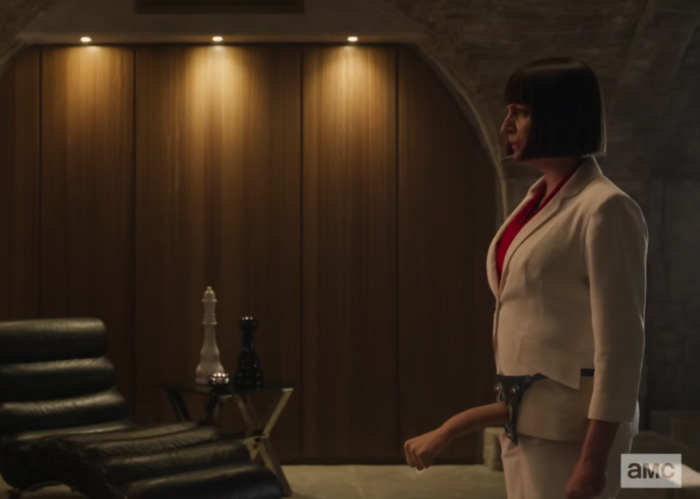 There was another enjoyably absurd scene in the episode in which Jesus tries to win the affection of his father, God, by breakdancing for him while Hitler holds the boom box, a performance that is met with complete indifference. Hitler and Jesus later get into a pushing match after their friendship unravels ahead of the apocalypse, which is mostly only funny given the nature of its participants.

Overall, however, the episode, “Overture,” is mostly table-setting for the finale, as Seth Rogen, Sam Catlin, and Evan Goldberg line their ducks in a row for a final showdown. Both Cass and Tulip give in to God’s temptations, reluctantly turning on Jesse and bending to God’s will. The episode concludes with Cass protecting Humperdoo, Featherstone removing Tulip from her cell, and the Saint of Killers opting against killing God and aiming his guns in Jesse’s direction. God has successfully turned the tables on everyone, which is exactly where a storyline should be right before Jesse and Company mount a comeback.

One thing that I did love about the episode, however, was how the writers basically admitted that Arseface’s continued role in the show has been a mistake. In the comics, Arseface is a memorable character, but not one who stuck around for the entire series’ run. He’s a series regular here on the AMC series, but the series has used him clumsily, borrowing the occasional element from the comics but mostly sidelining him. He helped to introduce Hitler to the series; he followed around the Saint of Killers for a while, and he shot Jesse in the back, which provided an episode with a cliffhanger but did not otherwise affect the trajectory of Jesse’s character.

In the end, Arseface is just kind of there, and in a prison exchange between a priest and Arseface, the series gets meta in acknowledging it never had any idea what to do with character.

“So what do you want,” the priest asks. “I’m just hoping to figure out what’s next,” Arseface replies. “You know. Like, what am I supposed to do? What’s God’s plan?”

This is where the priest essentially channels the showrunners as they head toward the finale. “I’ve been wondering the same thing. What’s his plan for someone like you? Comic relief? Cautionary tale? Appetite-suppressant. Or maybe he doesn’t want to think about it anymore. Mistakes were made. Best forgotten kind of thing. Or maybe, in the end, when it comes to someone like you, there is no plan.”

That’s basically Arseface’s character arc over four seasons of Preacher. There was no plan, and that’s essentially where Preacher leaves it. Arseface is released from prison, and in a nod to his comic character, he decides to pursue a rock-star career. However, while performing “Closing Time” out on a city street in Melbourne, he’s unceremoniously run over by a taxi and killed.

We may see him again in Heaven in the finale, but he’ll be a nonentity, just as he has been for the last three seasons. His continued presence after the first season was a “mistake. Best forgotten kind of thing.” And with that farewell, that’s basically how he’ll be remembered on Preacher (or not remembered, more precisely).