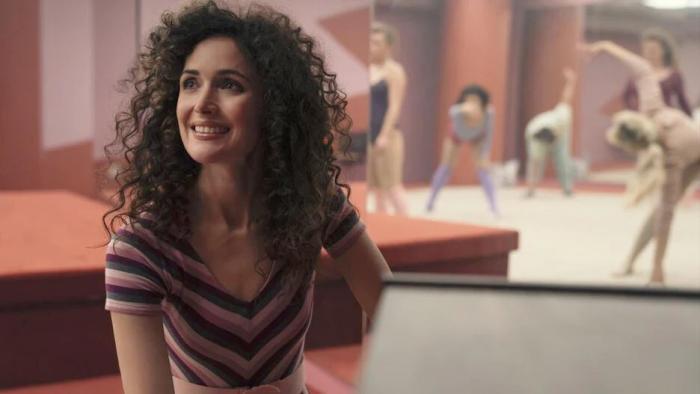 'Physical' on Apple TV+ Remains the Most Miserable Show on TV

I’ll often watch a series that I do not like if the right ingredients are there to suggest it will improve. Physical on Apple TV+ may be the first show I’ve watched nearly a full two seasons of without encountering a single redeeming episode. It is, and remains, as Kaleena described in her original review, a “shockingly miserable show.”

Yet, I still watch, although it is most often the last thing that I watch after I’ve exhausted all of my other weekly viewings. I understand as much as anyone that this is a me problem, but it is striking to me that a series with this much talent involved has not pivoted or attempted to find a new direction, a different story arc, or anything that might pull it from the depths of its misery.

I also understand that it is a series about a serious issue — disordered eating — but that was part of the show’s original appeal: I want to see how this issue is confronted. I want to see how an actress as capable as Rose Byrne with a talented showrunner in Annie Weisman (The Path, About a Boy) addresses the complexities of bulimia. But Physical never seems to confront it — it wallows in it, but it offers no real way forward through Sheila’s persistent negativity (although, the voiceovers aren’t as pervasive in season two).

It’s also a series about a character, Sheila Rubin (Rose Byrne), who is trying to bring aerobics exercise tapes to the masses in the early ’80s. But there’s little upward trajectory to the story, either. Sheila understands she has an eating disorder, and she understands that she uses exercise as a retreat from the disorder, but through 18 agonizing episodes, she hasn’t done anything to address the issue beyond sloshing around in her own self-loathing while entertaining a belief that expanding her brand may save her from herself.

At this point, Sheila is in an ongoing downward spiral that’s lasted for nearly two seasons, and the only break she’s had is when she replaced disordered eating with sex by having an affair with the deeply Christian real-estate businessman, John Breem (Paul Sparks), whose own story is mired in two seasons of stoic guilt and self-loathing.

These are normal responses to addiction, whether it be food, sex, or exercise addictions, but Physical seems content to allow its characters to sit in it without offering them a light at the end of the tunnel. Sheila is trying to get her fledgling business off the ground, but there’s no momentum. She bounces from one business partner to the other while taking emotional and financial advantage of her only friend, Greta (Dierdre Friel), who is bright and cheery — the only burst of light on this otherwise glum show — but even Greta has co-dependency issues. She gloms onto Sheila — someone who treats her like shit — because of her deep-seated insecurities and misplaced mothering instincts (Physical couldn’t even make Greta’s adventures in swinging with her husband — played by the always delightful Ian Gomez — entertaining).

And then there’s Danny Rubin (Rory Scovel), who like: WTF? What is the point of his character besides adding narcissism into the mix? He spent the first season ignoring his wife while running for city council, and in the second season, he’s an early ’80s stay-at-home dad/aspiring activist whose activism is purely self-interested. He adds nothing to the series beyond smugness rooted in his insecurities. At one point, Sheila blows up at Danny, and combined with her affair, it seemed as though she might finally leave him. But he lured her back in with promises to be better, to be the husband she wants him to be, but Danny cannot even allow a child to upstage him without losing his cool.

Stories are built upon three-act structures. The problem with Physical is that we’re two seasons in, it’s still in the first act, and there’s no indication that the series wants to move beyond that. Whatever it had to say about disordered eating, it did so in the first few episodes. Now it’s repeating itself. Physical exists in a rut, and it has no interest in getting out of it. Moreover, while it bills itself as a dark comedy, the series is almost entirely devoid of humor, dark or otherwise. It is the most miserable show on television, and I say that as someone who has watched all 11 seasons of The Walking Dead, which at least allows its characters hope and the occasional victory.

← Review: 'Dark Nature' Is Survival Horror at Its Best | 'Moonhaven' Is the Top-Notch Sci-Fi You've Been Sleeping On →