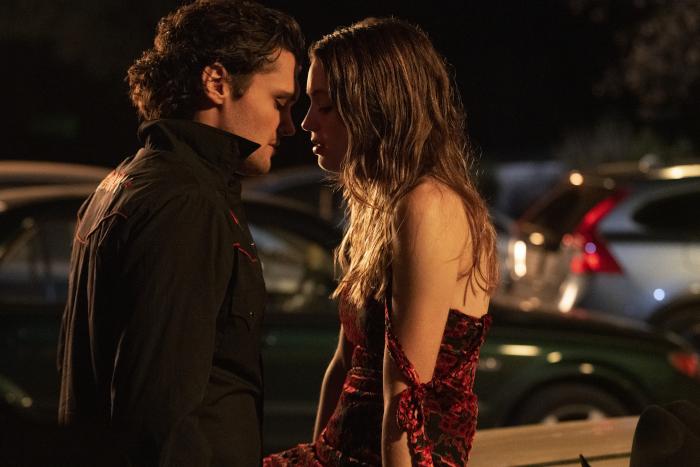 'Panic,' Based on Lauren Oliver's YA Novel, Is the Trash TV This Summer Needs

There are 10 episodes in Amazon’s new series Panic, based on the YA novel by Lauren Oliver, who also adapts to the screen and writes every episode. I watched eight in one night, and then woke up and immediately watched the other two. That’s not a reflection of how good Panic is, but it is a reflection of how addictively entertaining it is, even if it does toe the line between good-bad and bad-bad. It’s the kind of show where Bonnie Bedelia is probably the most recognizable face, and that leaves one wondering how effective nepotism really is if this is the best that Ray Nicholson (son of Jack) can do (to his credit, Ray Nicholson — who plays a misunderstood bad-boy villain — is easily the most compelling character on the show).

Besides, a more recognizable cast and higher production values might have created expectations that Panic wasn’t designed to fulfill, which might have done a disservice to a series that skates by on its high-concept premise, episode-ending cliffhangers, and an almost needless number of twists and turns. Panic does not exist to challenge your mind; it exists merely to occupy it. To that end, it is wildly successful.

The series is set in the town of Carp, Texas, the sort of dead-end town that traps its citizens and forces them to repeat the mistakes of their parents. Each year, however, the senior class puts on an elaborate game that asks of its players to confront their worst fears for an opportunity to win enough money to escape their hellhole town and their sh*tty lives. The prize money this particular year is the highest it’s ever been, $50,000, but so is the level of danger. Two high-school seniors died the year before while playing, which means the senior class has to play the game beyond the watchful eyes of the cops, who are investigating the prior year’s deaths and trying to shut this year’s game down. That is particularly true for Sheriff Jimmy Cortez (Enrique Murciano), whose son was one of the teenagers who died.

There are a number of players, but the focus is primarily on four of them: The double-crossing Natalie Williams (Jessica Sula); the white-trash burnout with the secret heart of gold, Ray (Nicholson); the new guy with unclear motives, Dodge Mason (Mike Faist); and Heather Nill (Olivia Welch), who would most certainly be the final girl if this were a horror movie (she’s even a virgin, for God’s sake!). Heather is in it because her doublewide-queen of a mother stole all the money she was saving to go to college, leaving her with no other choice if she ever expects to leave Carp. She’s also the center of a love triangle between Ray and Bishop Moore (Camron Jones), the well-to-do kid with the emotionally abusive father.

It’s the challenges that keep the series humming along in the earlier episodes, at least until the central characters can differentiate themselves and their motives. The challenges are not that intricate — jump off a cliff and into a lake, sleep in a morgue, break into the house of a meth manufacturer — but Lauren Oliver wrings all the intensity she can out of them, and as the game progresses, the challenges are more personally tailored to strike fear in the individual players and/or turn them against each other.

It’s typical YA dystopian stuff, though here the role of dystopia is aptly being played by a small Texas town. It’s messy as hell and too thirsty for its own good, but that’s also part of its appeal — it’s likably rough around the edges and it takes some big swings, some of which land and some of which decidedly do not (there’s a CGI tiger involved that has no business in this story). It’s the scrappy underdog of YA series, and while that may mean it lacks the resources for better directors and more recognizable faces, it’s also hard not to root for it. The biggest strike against it, in fact, may be that for a show about a game called Panic, the game itself fades into the background as the show enters the back half of the season and the character stories take over. Still, for those looking for the television equivalent of a good beach read, Panic certainly fits the bill.

All ten episodes of Panic are available on Amazon Prime Video.


← Why Megan Fox and Machine Gun Kelly's Showy Celeb Romance is So Much Fun | Pants To Be Darkened: 'Powerpuff,' 'Wonder Woman' (2011) and the Wonderful World of Failed Superhero Pilots →