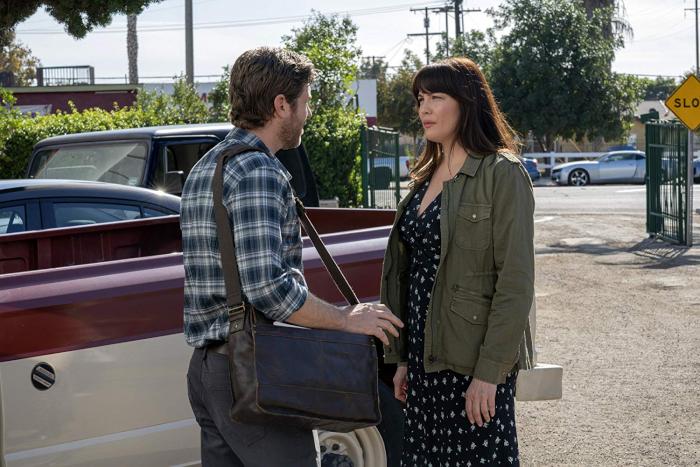 The good news is, this week’s episode of 9-1-1: Lone Star showed some improvement over last week’s two-hour premiere. The bad news? It also got worse, kinda! Basically, if the original 9-1-1 is an emotional rollercoaster, then 9-1-1: Lone Star is like a rusty honky-tonk mechanical bull ride that bruises your labia before throwing you off completely. Like, you still wanna try it, because you’re a masochist, but whatever fleeting moments of pleasure you experience in no way mitigate the fact that it’s all a Very Bad Idea. Also, I’m pretty sure there actually was a mechanical bull ride in the background of one of the scenes last night, but it’s impossible to remember because 9-1-1’s fictional Austin is apparently the most Texan thing to ever Texas, and all the line-dancing and 10-gallon hats get very distracting.

While I can neither confirm nor deny the presence of one if not more mechanical bulls in this series to date, I can confirm the key events that unfolded last night. So, without further ado and in no particular order, here’s your recap-listicle!

— Marjan nearly drowns in a grain silo during a rescue, and her hijab falls off in the process — and then a video of her not wearing it goes viral online and she faces criticism at her mosque. This happens in the first scene of the third episode of this show, by the way. Her character’s first real storyline is entirely about her hijab. Because this show is definitely not treating her as a “Woke Prop,” amirite?

— At least people finally call Marjan by her name this week! A lot! Unfortunately, her name is pronounced differently every time.

— Nobody says Paul’s name at all.

— A woman eats a 6 lb. steak in a meat-eating competition, then gets sick… from water intoxication. They insert a catheter to relieve the pressure in her bladder, resulting in a massive spray of urine. A pee-ruption, if you will.

— Another woman lands on a car roof below her apartment building, breaking her legs but surviving the fall. She was an online yoga influencer, and she was practicing an extreme new inversion on her balcony. She called it… “The Possum.” This emergency was based on an injury that happened in Mexico last summer , though I cannot confirm if the victim was also practicing “The Possum.”

— You know whose full name is used repeatedly? Dustin Shepard. He’s that guy Liv Tyler’s character, Michelle, has been harassing for years. He used to date her sister Iris, before Iris disappeared. Michelle likes to tell anyone who’ll listen that he killed her.

— After finding out that someone saw her sister leave Dustin’s house in a blue truck on the night of her disappearance, Michelle says, “What if I was wrong?” Yes, what if Michelle’s unquestioning animosity toward the one person who might have been able to tell her more about her sister’s disappearance was wrong? WHAT IF?

— Turns out, Michelle was wrong. She and Dustin finally patch things up, swap notes, and hug it out.

— To be fair, Rob Lowe had to puke on Dustin’s doorstep to get him to talk to Michelle.

— Hoyt from True Blood, whose name is Judd on this show but may as well still be Hoyt, gets in a fight with TK for not listening to his commands in the field. Basically, all these city slickers have come to Austin to rebuild this fire department, but none of them know the first thing about grain silos. Also, TK is riding his dad’s coattails. Then they make up when Hoyt admits that he’s just scared of losing more of his brothers on the job, and it’s a real tender moment of vulnerability and goddamnit, Hoyt is probably the best character on the show.

— We do not learn anything more about Rob Lowe’s skincare regimen.

— Next week: TORNADO! Because it’s about time this show got to the natural disasters!