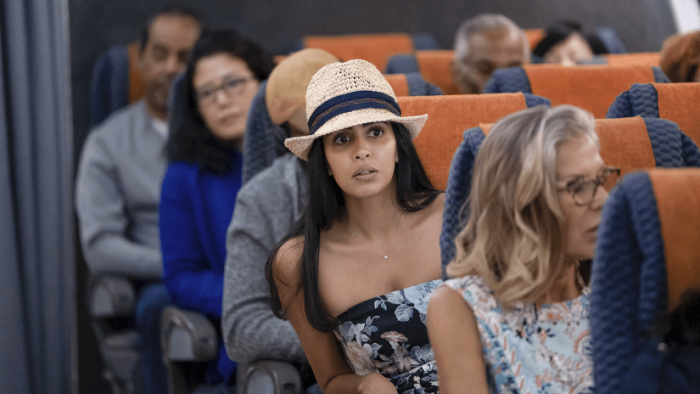 On 'Manifest,' Saanvi Discovers The Mole is Her Therapist Who Is The Major

Briefly: Grace had another calling. This particular calling was brought to you by MSPaint in 1997. 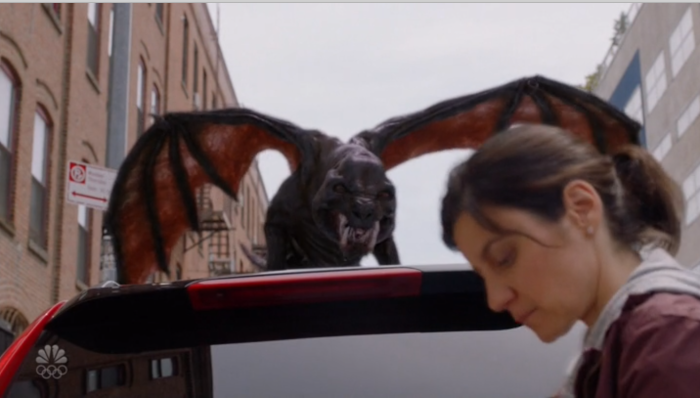 The calling concerned the woman in that screenshot. Grace and Cal followed her around trying to find out what the calling meant until the woman told them to scram and stop stalking her. We find out later, however, that she’s with a guy who hired Ben as a professor, presumably to keep tabs on him. As we discover that information, the camera pans upward to indicate to what Grace’s calling referred, because the typical Manifest viewer needs the information pounded into his head with a battering ram. 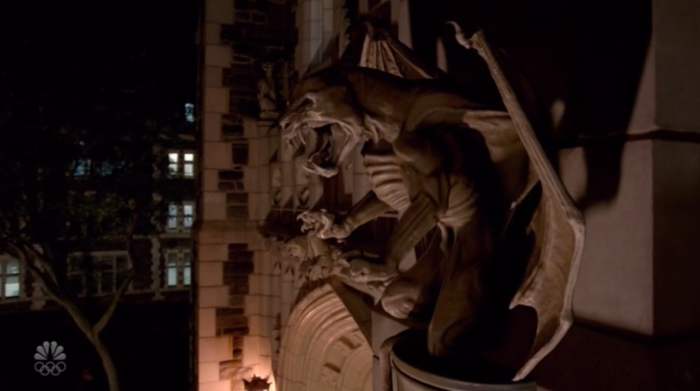 Elsewhere, Ben tells Saanvi that she has a mole, and she discovers that the mole is her therapist and that her therapist is The Major, a shadowy figure with uncertain motives (the writers have not yet figured out what those motives are). So, Saanvi plants some fake evidence to keep The Major busy for a few weeks. We also find out that Saanvi’s boyfriend(?) didn’t get on the plane with her back in the day, and Saanvi is still broken up about it, but we don’t learn that a major character had a boyfriend before she got on the plane until the third episode of the second season because the writers are making up shit as they go along.

Olive joins a Flight 828 cult. I have no idea what the motives of the cult are. It is unlikely that the writers of Manifest know, either. They’ll figure it out in episode eight or so.

The A-story this week, though, is this: Michaela decides she needs to get Zeke out of prison. He pleaded guilty to attempted murder two weeks ago for accidentally shooting Michaela. Zeke, however, has been transferred to another prison. Michaela spends half the episode trying to track him down, and when she finally does, he’s tied to a gurney and being administered tranquilizers. As she’s being dragged away by a guard, Michaela yells, “GET A LAWYER.” Within a few hours, Zeke is in court, Michaela is on the stand insisting that Zeke shot her by accident and that he wouldn’t have been in a position to do so if Jared — her ex — hadn’t been stalking Zeke. The judge is like, “OK!” and releases Zeke.

All of this happens in 24 hours — Zeke goes from a gurney in a prison cell where he’s been sentenced to like a decade to the street outside the prison hugging Michaela as a free man. Someone get Adnan Syed that lawyer.