In this week’s episode, a “calling” (or vision) brings Zeke and Michaela to the same bank at the same time, where they find another Flight 828 passenger, Logan, who is holding everyone in the bank hostage and demanding access to a safety deposit box. Once he gets inside the vault with the safety deposit boxes, however, he realizes he needs the key, which is in the possession of Logan’s estranged brother.

Ben tracks down Logan’s estranged brother, who is playing racquetball, and he’s not inclined to give up the key to his safety deposit box — even if it will potentially save the lives of several people being held hostage — until Ben tells him that his brother has a death date, 6/22/24. At that point, Logan’s brother is like, “Wait a second?! June 22, 2024? As in 6224? That’s the number of my safety deposit box.” 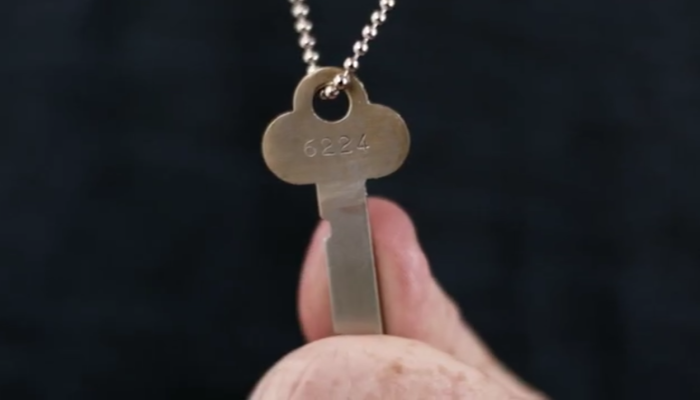 So, what was in that safety deposit box that was worth holding a bunch of people hostage at gunpoint? It was a pocket watch. 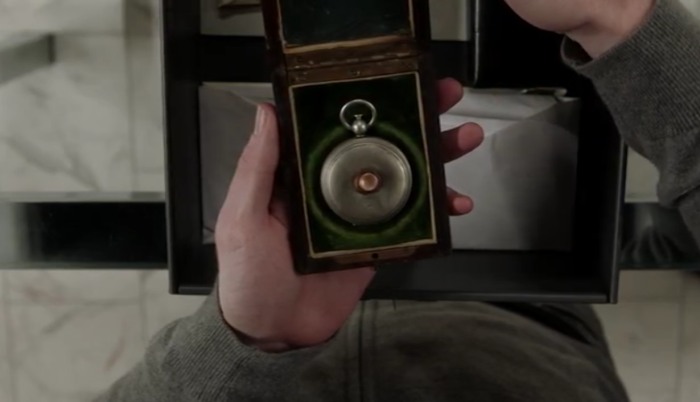 But that’s not just any pocket watch. It belonged to Logan’s grandfather, whose entire platoon was killed in World War II, except for him, because that pocket watch blocked a bullet. Logan believes that the only way to dodge his death date is to have that pocket watch, so he holds an entire bank hostage thus ensuring that he will go to prison, where he will … not be allowed to take the pocket watch. So, he gives it to Michaela and tells her that he hopes the good luck will rub off on her. What a profoundly moronic storyline.

Meanwhile, The Major steals all of Suunvi’s research, right after she discovered how to “isolate, eliminate, and replicate the 828 anomaly”. WHAT DOES THAT EVEN MEAN? She can replicate the death date and the callings? Or she can replicate what is basically time travel in the DNA of a person? And how did she replicate this in lab mice?

This show is dumb.

Upside, Olive — who developed a crush on a much older passenger, T.J., before Flight 828 took off — is now the same age as T.J. because she wasn’t on 828 and he didn’t age for 5 years. T.J., equally smitten, joined the 828 cult along with Olive, and the whole point of the cult is to believe in miracles, so when the cult leader learns that there is a death date for the passengers, the cult leader is all like, “So what? Big deal! We’ll just have another miracle!”

Finally, Ben — who believes he will never find a solution to prevent his death date in 5 years — makes a video for his daughter’s wedding so that she’ll have something from him. Grace, his wife, tells him to cut that out. “I’m planning on a dance with the father of the bride.”

This show is insufferable.

Shout out to Olli Haaskivi, who plays a cult member, Isaiah. I got a good feeling about this guy.

← Out Of Context '9-1-1: Lone Star': Liv Tyler Made A Huge Mistake (No, Not The One You're Thinking) | Priyanka Chopra Jonas Rounds Out the Cast of 'Matrix 4' in Undisclosed Role →