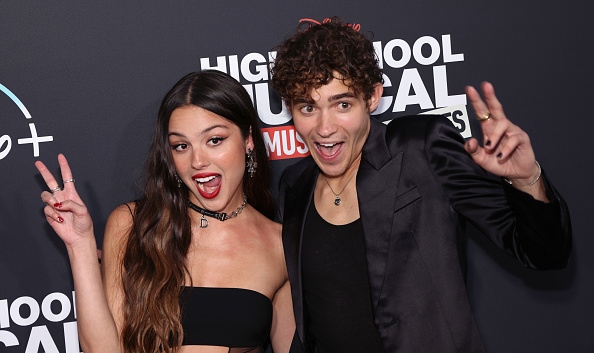 Look: I fully understand what the demographics of this site are. Are you a 35-45-year-old female who loves movies, reads a lot of news, lives in a city, and works in a profession that has little to do with your liberal arts major? Welcome to your Internet home! I know, then, that while many of you are familiar with Olivia Rodrigo — she’s popular enough that she’s hard to miss — a lot more of you don’t know who Joshua Bassett is unless you have kids who watch Disney+.

Joshua Bassett and Olivia Rodrigo are the break-out stars (Rodrigo more than Bassett) of High School Musical: The Musical: The Series, an obnoxiously long title for a show that’s basically about theater kids who put on plays exclusively owned by Disney. The title is so named because the characters go to the same school where High School Musical was set, and in the first season, they put on a school production of High School Musical. It is not Better Call Saul or Severance, but it is adorable and, save for the unctuous Disney of it all, a lot of fun to watch with your kids.

The third season kicked off yesterday. This one is set in a theater summer camp because Disney+ wants to keep these actors around as long as possible (the first season was set in the fall, the second in the spring, and this one in summer, and since most of the characters are juniors, there are theoretically three more seasons before the series needs to turn over the cast). Corbin Bleu from the original High School Musical, playing himself, is cast as a celebrity making a documentary about the summer camp putting on the first-ever high-school production of Frozen, which doesn’t seem very summer campy, but whatever.

While the show is charming, the behind-the-scenes drama has been quite compelling. Rodrigo and Bassett reportedly used to date; Bassett allegedly broke up with Rodrigo to date Sabrina Carpenter, best known for her role in Girl Meets World. Rodrigo reportedly wrote her massive pop hit “Driver’s License” about their break-up, while Bassett wrote his considerably less popular “Lies, Lies, Lies,” about Rodrigo. The two reportedly had not spoken since season two of HSMTMTS, and since Rodrigo is being phased out of the show (because she is a huge pop star now), her role has been siloed in the third season so it is quite possible the two never had to interact during filming.

Therefore, the pictures from the red carpet premiere of the third season of HSMTMTS are the first we’ve seen of Rodrigo and Bassett together since all the drama went down, and look! They’re smiling! There are no uncomfortable scowls or dirty looks. In fact, Rodrigo is even looking at Bassett affectionately here, and why not: She’s Olivia Rodrigo. If you are keeping score at home, she won. She sold five million copies of her first album, won an American Music Award, seven Billboard Music Awards, four MTV Video Music Awards and Time named her the 2021 Entertainer of the Year and Billboard named her the 2022 Woman of the year. Joshua Bassett is best known for playing Ricky on HSMTMTS and he was on Celebrity Family Feud once. 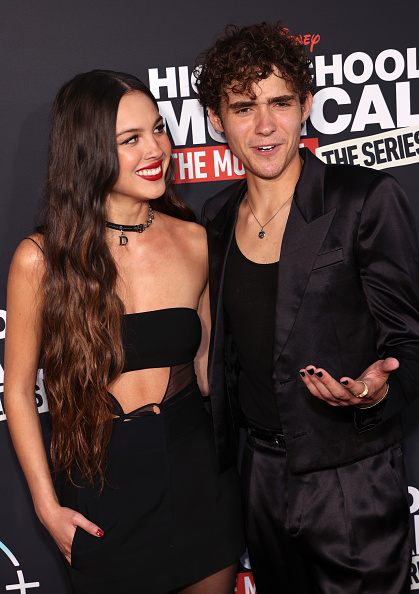 And that concludes your Thursday afternoon preteen tea. HSMTMTS airs Wednesdays on Disney+.

← Ronnie Chieng Doesn't Understand Why Some Oregonians Want To Live In Idaho | Irate Jon Stewart: 'If This Is America First, then America is F***ed' →