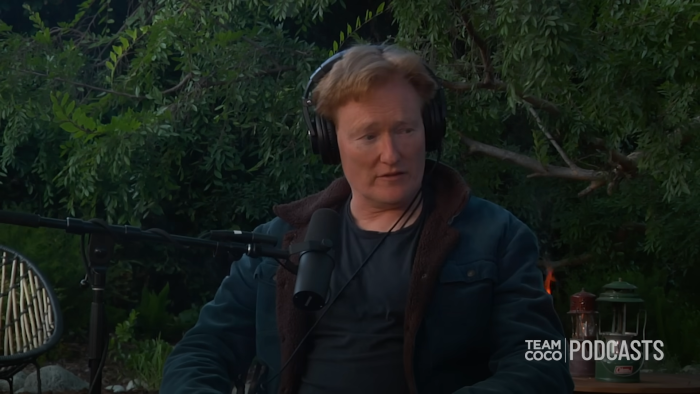 Of Course Conan O'Brien Was Mistaken For Keanu Reeves

It’s a cool summer’s eve. You decide to celebrate with some popcorn, a cold beer, and a movie. Your movie of choice is the 1994 Jan de Bont action-thriller Speed. The lead actor takes your breath away. You’ve never seen anyone that handsome and charismatic before. You want to be enfolded into their over-six-foot frame. Nothing would make you happier than feeling their pale skin pressed against yours. Their giant swath of red hair would fall onto your face in ecstasy.

That’s right, I was talking about Conan O’Brien the entire time and you couldn’t tell the difference. It makes sense. As Conan recently learned he and Keanu Reeves are practically indistinguishable from one another. In fact, in his very real review for The Matrix, Roger Ebert famously said, “Not until the end did I realize that our statuesque leading man was not late-night host Conan O’Brien.” Classic Ebert.

Honestly, at this point, I’m not sure Keanu and Conan aren’t the same person. In preparation for this article, I searched for a time when Conan interviewed Mr. Reeves, and I found nothing. I couldn’t even find a picture of them together. Such evidence simply does not exist. Oh, you found a picture after I wrote this article? Nice try. That was planted, after the fact, in an attempt to discredit me.

Check out the video for yourself. Keanu, Sona, and Matt, hosts of Keanu Reeves Needs A Friend, sitting around a fire. Keanu has never looked better. But you knew that already.