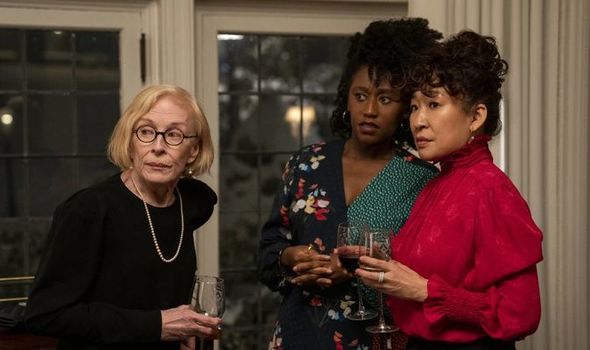 Sandra Oh's 'The Chair' Is as Funny as It Is Stressful

Netflix’s new Sandra Oh series The Chair operates both as a comedy and as an exploration of the politics of academia. The series from actress Amanda Peet and Annie Wyman — a Ph.D from Harvard — is more successful in the latter regard, but the farcical approach to academia shouldn’t be dismissed. There are pratfalls and situations straight out of a Zellweger romcom, but as I described it to my wife, the show’s broad sense of humor is like that of The Kominskey Method if The Kominskey Method were actually funny.

It helps, too, that veterans like Bob Balaban and Holland Taylor are responsible for carrying much of the load on the comedy side, while Sandra Oh deftly handles both the comedy and academia. It’s hard not to note, though, that Oh spends her time in a constant state of exasperation. Not that the exasperation isn’t warranted.

Oh plays Professor Kim, recently elevated to the Chair of the English Department at a fictional Ivy, Pembroke University. Being the Chair of the Department is like a union leader being promoted to management: She has to protect the department, which is seeing its enrollment fall precipitously, while also remaining loyal to the faculty responsible for the decline. She’s also charged with diversifying the department without doing so at the expense of the white, geriatric old guard, who cling to their tenured positions because they can. As a POC herself, certain expectations are put upon her by both the students and the faculty, but she also feels some loyalty to the older professors who are mentors and friends to her.

In the middle of all of this, Professor Kim also has a scandal on her hands. Jay Duplass plays the popular and well-liked Professor Dobson whose wife died the year before. The boyish Dobson is a grief-stricken mess. He drinks too much, oversleeps, and when does make it to class, he phones it in. Still, when he does make an attempt to teach, it’s easy to see why he’s so popular — he’s charming and magnetic and his class is enraptured by his lectures. It all unravels on him, however, when he jokingly delivers a Nazi salute in class and his students record the moment on their phones and it’s turned into an out-of-context meme. Pembroke’s student body takes the form of a physical Twitter mob demanding that he be canceled. Dobson’s refusal to take it seriously only hastens the spiral, putting Kim in a difficult position: Fire a grieving professor with whom she has a close (and potentially romantic) relationship, or risk her own ouster to protect him. In the midst of all of this, Kim is also facing challenges at home, where her precocious adopted daughter (Everly Carganilla) keeps getting booted from preschool for biting or drawing disturbing images.

It’s a comedy, but it’s a stressful one, and there is a lot going on for a short six-episode season (each episode is only half an hour), but Oh manages to successfully juggle all those storylines in the air and hold The Chair together. She gets a lot of assistance from a phenomenal supporting cast that also includes Nana Mensah, David Morse, Mallory Low, and a terrific turn from David Duchovny playing himself as a douchey wannabe academic who believes he deserves a prestigious honor in Pembroke’s English department because he went to Yale and wrote a couple of bestsellers. It’s Duchovny’s best performance since playing himself on The Larry Sanders Show.

The Chair is not always successful. The tone bounces around, the older faculty are more punchlines than characters (but very good punchlines), and while it smartly excavates the issues in academia, it doesn’t offer much in the way of solutions. There are flaws, but it’s such a quick-and-easy binge that they barely seem to matter given the relatively scant time commitment.