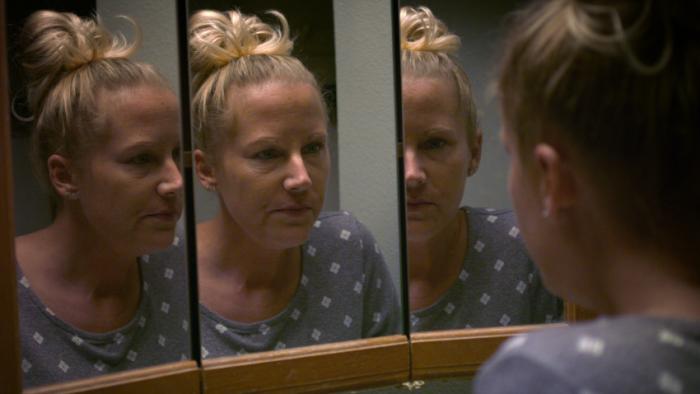 No, Having a Baby in America Isn’t Terrifying At All: 'Our Father' and a Failure of Legal Protections

That headline is sarcasm, by the way.
In the new Netflix documentary Our Father, a respected fertility doctor exploits (is that even a big enough word?) the women in his care by using his own sperm in artificial insemination procedures. In the documentary, he describes this use as “sparing.” Cue the advent of 23andMe and Ancestry decades later: DNA tests reveal that he impregnated nearly one hundred nonconsenting women (that we know of), who believed they were carrying their partner’s biological child or were receiving a sample from a medical student donor, who would donate sperm no more than three times, max. Instead, Cline went into his office next door to the half-naked patient, masturbated, and came back to inject his “sample.”

Dozens of unwitting half-siblings live in close geological proximity. Their children play on the same sports teams. Some of Cline’s unknowing daughters went to their father for their own reproductive healthcare and examinations. Many suffer from genetic autoimmune diseases that Cline was well aware of at the time of his crimes.

The children, now adults and in some cases parents themselves, confront Cline. And of course, it gets worse. There’s no remorse. There’s no jail time. There’s no legal recourse for his crime—the best the children can do is bring charges against him for lying. And with predictably shitty consistency, Cline turns out to be an adherent of a white supremacist group called Quiverfull, which promotes “European” reproduction to counter what sounds a lot like Tucker Carlson’s fave Great Replacement Theory. All of the women Cline targeted were white-presenting. Most of the babies have blond hair and light eyes. The math here isn’t hard, though the documentary only ever raises the question rather than spelling it out.

There is still no federal law prohibiting what Cline did. He appears as a free man, gun worn openly on his hip, with nothing to fear from the law and more evidence of his crimes appearing on ancestry sites as time tics by.

The documentary found 44 fertility doctors in the U.S. who inseminated patients with their own sperm, without the patients’ consent. (If it’s any comfort, Cline is the most prolific … that we know of.)

I watched Our Father with my wife, roughly a month after the leaked Supreme Court draft revealed a radical and expansive overturning of privacy rights in the United States, with the effect of criminalizing abortion care.

In the weeks since, I have read countless articles from legal scholars like the wonderful Alejandra Caraballo, describing the various avenues through which potential child-bearers can be monitored and punished: digital surveillance bent to prosecute people who miss a few cycles on their period tracker, or who Google abortion services, or who leave their home state and come back un-pregnant. And let’s not forget the good ol’ fashioned bounties.

Artificial insemination is one of the most promising avenues for my wife and me to have children. I hope it’s clear how terrifying and sickening this documentary, in this time, in this context, is. On a personal level, there is a distinct, gut-level sense of unsafety in my body. More broadly, there is the terror and rage of knowing how distinctly unprotected people all across the country are about to be, where rapes like Cline’s are perfectly legal but recourse for actual reproductive issues are not.

One of the strongest weapons available to fight back against these brutal injustices is the medium that Our Father takes advantage of: public, protest storytelling. Cline is repeatedly quoted in Our Father as saying “The world doesn’t need to know.” (Though he was apparently saying that primarily because it would ruin his marriage. Ugh.) To state the obvious, the only way this man will be in any way punished is if the world does know.

True crime may be a messy, exploitative genre of entertainment, but it’s also a massive platform in which victims unprotected by the law can have a voice. And while such a format inevitably makes the victims objects of fascination and scrutiny as it does the perpetrator, that may be an unfortunate and necessary price.

That said, it’s a price that can only be justified if all victims involved agree to shoulder it.

It’s an age-old plea: to tell the stories we can, to deal frankly with the reality in which we live, and to loudly and continually imagine a better world, where vulnerable people are protected—by knowledge, if not by law. That said, the mothers and half-siblings in the Cline case were able to use media attention and their collective voice to effect legal changes at the state level that would criminalize any care provider who tried to do to others what Cline did to them. It’s a small victory, but against the backdrop of 2022 America, every victory counts.

Image sources (in order of posting): Netflix (pictured: Jacoba Ballard, one of Cline's children and a tireless activist for accountability)