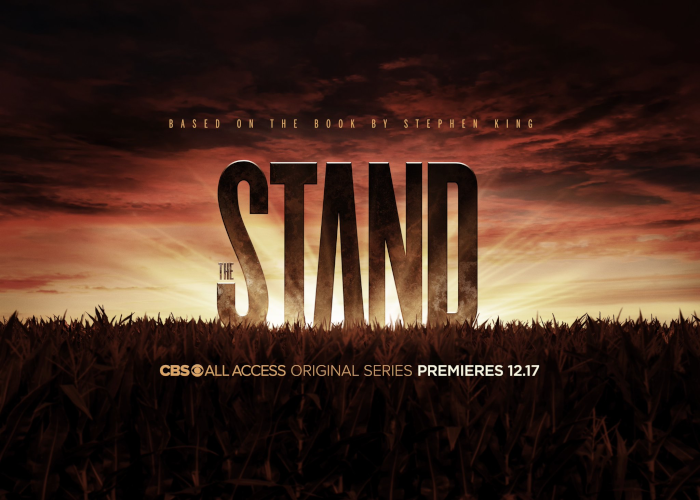 New ‘The Stand’ Miniseries to Debut on December 17th

Fans of Stephen King were given reason to celebrate today! CBS All Access announced a premiere date for the latest adaptation of one of King’s greatest works: The Stand. After months of speculation, due to the nature of the story and it’s relation to current events, the streaming service is set to debut the show on December 17th, 2020.

The world as we know it will never be the same. Based on the book by Stephen King, #TheStand premieres December 17, only on CBS All Access. pic.twitter.com/QOCLyMrReo

Originally published in 1978, the novel The Stand takes place in the United States after 99.4% of the world’s population has been killed by a government created virus known as Captain Trips. The remaining people in America are then pulled between the forces of good and evil. Some are drawn to the saintly Mother Abigail in Boulder, Colorado. Others find their way to Las Vegas, Nevada and the menacing and seductive Randall Flagg.

This is the second time the novel will be adapted, as it was given the miniseries treatment in 1994. That four part adaptation was written by King himself and directed by horror mainstay Mick Garris. This new adaptation will only see King writing one of its ten episodes, but it is said that in doing so he will be providing a brand new ending for the story.

The miniseries will star James Marsden, Amber Heard, Greg Kinnear, Whoopi Goldberg, Odessa Young, Jovan Adepo and Alexander Skarsgård, just to mane a few. It will be directed and executive produced by Josh Boone, director of the upcoming Marvel film The New Mutants.

← Can You See 'Tenet' At The Drive-Ins? | So, How's That Whole 'Going Back To School In-Person' Working Out for America? →