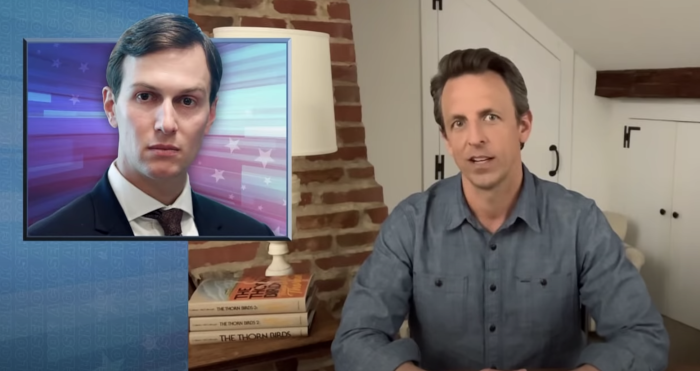 What’s going to happen? That’s the big question we all have in the coming months. What is going to happen? People will continue to get sick, and people will continue to die. But who? Not the wealthy. Not the 1 percent. Not anyone with enough money to basically opt-out of the next year. Instead, it will be poor people. People in vulnerable communities. People who work in grocery stores and hospitals. But also, some professionals who will lose their jobs as the collapsing economy extends to other sectors and they are forced into other, more essential jobs, like contact tracers, delivery drivers, and employees who assemble test kits.

It’s many in the wealthy class, however, that are advocating for the quick reopening of the country. We can’t remain locked down forever, they say, and I agree with that! But we ought to be able to stay locked down until we have the tools — testing, tracing — to limit infection rates. In the meantime, the government should continue supporting workers with bills like the one that Kamala Harris and Bernie put forward — $2,000 a month for each individual until the pandemic is over — or even the one that Missouri Republican Josh Hawley has proposed, which is to give employers enough money to continue paying their workers so that as many of us as possible can continue to stay home not necessarily until the pandemic is over, but at least long enough for each of our individual states to get a strong handle on it. There will continue to be a risk of infection — it’s a pandemic! — but we should be able to reduce that risk as much as possible before we accept it.

And if you cannot walk the walk, do not f**king talk the talk.


The man who wants you to go back to work and accept that a bunch of you are going to have to die for the sake of the donor class is holed up in a germ fortress, testing everyone who comes near him and going "lava level mad" at the one who got sick and brought the virus near him. https://t.co/ejWj0icT0g

And that’s all I want to say about that. But Seth Meyers has more to say.