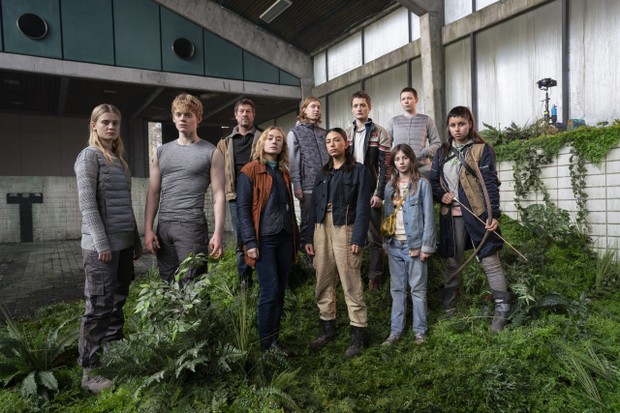 Netflix's 'The Rain' Season 3 Ending Explained, But For Morons

It’s hard to describe how much I enjoyed the crack-like addictive qualities of the first season of Danish series The Rain, a compelling post-apocalyptic thriller about a sister, Simone (Alba August), her little brother, Rasmus (Lucas Lynggaard Tønnesen), and their efforts to stay alive in a world where the rain literally kills anyone who comes into contact with it. 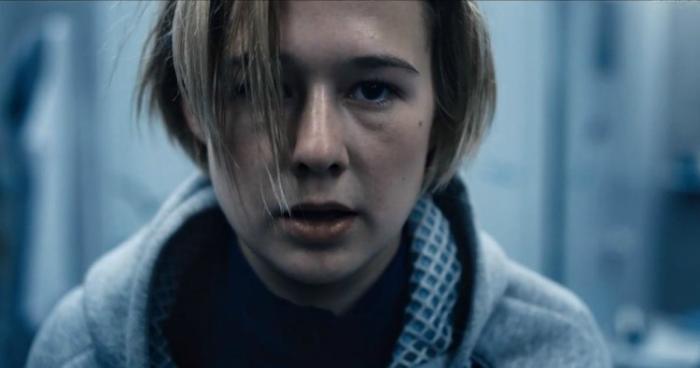 In the first season, after living in an underground bunker for several years, Simone and Rasmus emerge into a world where most of the population is dead. However, they are eventually absorbed into a group of survivors led by Martin (Mikkel Boe Følsgaard). This group becomes their new family, and Simone and Martin fall in love. The first season was mostly about surviving the rain while journeying to find Simone and Rasmus’ father, a scientist they believe can cure the virus responsible for the deathly rain. The opening season ends with the group of the verge of meeting their father.

Why We Write “Endings Explained” posts

The second season, alas, kind of falls apart, as the writers seem to be making things up as it goes along. We learn that Rasmus somehow holds the key to both the cure and the permanent destruction of mankind. In season two, Rasmus and Simone’s father is killed, but we also meet another scientist, Fie (Natalie Madueño), and her terminally ill sister, Sarah (Clara Rosager). The “rain” itself stops being a concern, while the virus that causes the rain grows in power inside of Rasmus. Rasmus, however, falls in love with the dying Sarah, while Patrick (Lukas Løkken) — another member of their original group — falls in love and impregnates Fie. By the end of season two, Rasmus emerges as a kind of mutant supervillain who is controlled by the virus — in fits of rage, he loses control, and he can kill anyone in his vicinity. When Sarah dies of her illness, in fact, Rasmus loses it in his grief and a number of people die.

However, in season 3, we learn that before Sarah died, Rasmus passed the virus on to her, and that virus saves her life. We learn, in fact, that by infecting people with the virus, it gives them a sort of super ability to survive the rain. However, we soon also learn that the virus will also eventually kill them — Rasmus is slowly succumbing to the virus. All the same, Rasmus is hellbent on infecting everyone, because he believes it will save them — and humanity — while Simone believes the opposite.

Simone escapes Rasmus by jumping off a bridge and into a river, and she is eventually rescued by another group. This group is in possession of a flower that can kill the virus, although the flower itself dies, leaving only one vial of antidote remaining.

In the meantime, Rasmus captures — and infects — Martin with the virus. An infected Martin goes back out into the world to find Simone and he tries to convince her that Rasmus is right, that being infected with the virus will save their lives. Simone protests, and in the ensuing argument, Martin loses control of the virus inside his body, which tries to kill Simone. However, before it can do so, Martin is able to drink the last bit of antidote from the virus-killing flower. It kills the virus, but Martin also succumbs. Simone — and everyone else — is devastated. However, the virus that Martin shed actually rejuvenates the virus-killing flower. We basically learn that the flower itself feeds off the virus, and its fruit — so to speak — is the antidote to the virus. 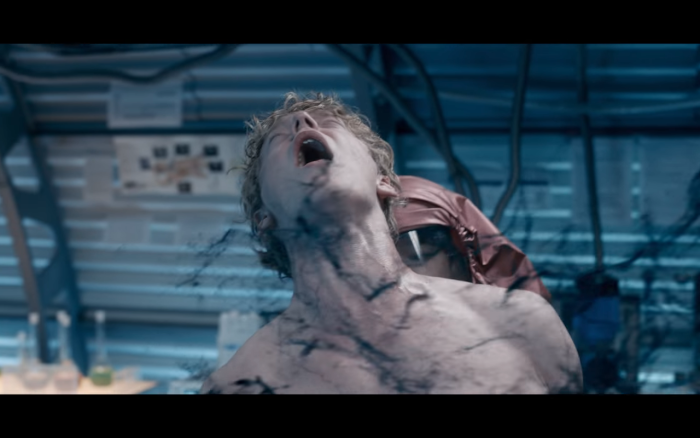 Finally comes the big showdown in the last episode of the series. Because the virus connects Rasmus and Martin, he knows when Martin dies, and he immediately blames his sister, Simone. Rasmus sets out with a small army of other people he has infected with the virus with the intention of killing Simone. Simone and her group is waiting for him, and the idea is to shoot Rasmus with a bullet containing a drop of antitode inside of it. However, Rasmus tricks Simone’s group and sends someone else in disguised under a hoodie, and they shoot and kill the wrong person with the last bit of antidote.

Rasmus converges on Simone, who is stationed in front of the virus-killing plant. Before Rasmus kills her, however, Sarah arrives and convinces Rasmus that they must sacrifice themselves to save humanity. Instead of killing Simone, they feed themselves to the virus-killing flower, which gives that plant enough virus to wipe out “the rain” worldwide, although Rasmus, Sarah, and everyone infected by Rasmus immediately dies.

In the postscript, Simone and her group go back out into the world — now with Fie and Patrick’s baby, the first born in the post-apocalypse — and start to rebuild, while in voice-over narration, Simone thanks her brother for sacrificing himself to save what is left of humanity. “We’re rebuilding the world in your honor,” she says, looking into a small vial containing a tiny flower, i.e., all that is left of her brother. 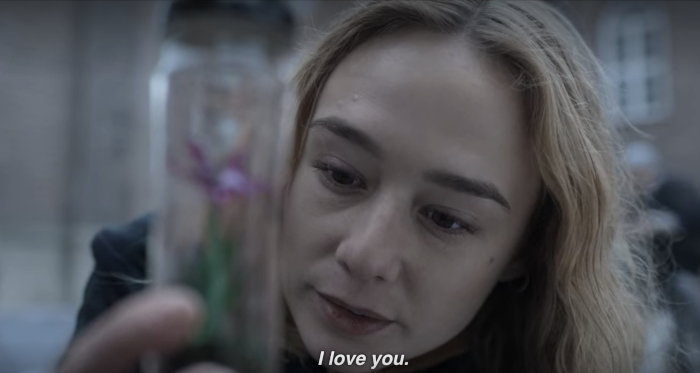 ← Anthony Bourdain Really Hated the Kardashians | Spoilers: Why The Sparrow Academy Might Be Just What 'The Umbrella Academy' Needs →