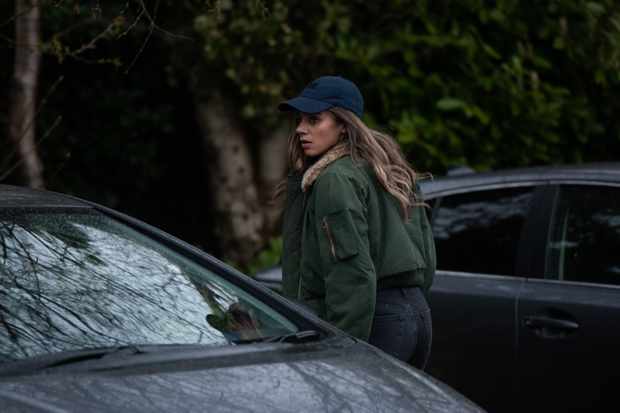 Fans of murder mystery series with big twists that can be binged in a single weekend on Netflix have been fortunate enough, in the last several weeks, to have at least two of them to gobble down. The last week of December gave us the second season of You featuring our favorite murderous stalker, Penn Badgley’s Joe Goldberg, and just last week, Netflix debuted The Stranger, a Harlen Coben series featuring Hannah John-Kamen in the title role.

The two series, however, have more than murder and mystery in common. Social media hasn’t been able to help but notice that both the lead in You and the eponymous Stranger in The Stranger disguise themselves the same way: By wearing a baseball cap. I wear a baseball cap almost every day! Is this why I have to reintroduce myself all the time to people I have already met? Have I inadvertently gone incognito? Or is it because I look like a nondescript, cap-wearing, middle-aged, white guy?

In either respect, it’s a weird shortcut for both series to take, transforming their characters into sinister-ish (but attractive) villains with a single piece of common headwear.

#Netflix loves to give the psychotic characters baseball caps, huh? [#You and #TheStranger ] pic.twitter.com/oKqXFoVFTA

@netflix can you come up with a different Disguise? #you & #TheStranger both depend on a black ball cap to be incognito? Seriously? pic.twitter.com/K0Uu3AmMTd

This girl trying to be all discreet like joe in a baseball cap 😂 @netflix #thestranger #you pic.twitter.com/ebbN786678

Netflix really are set on the idea that if they stick a cap on someone they’re automatically invisible #thestranger #you pic.twitter.com/BjAvcqWS8n

I’m wearing a baseball cap and plan to approach random individuals and say ‘I know who you are’ and ask for ten grand. #TheStranger

Moral of the story: when committing a crime just wear a baseball cap. #TheStranger

Did @netflix buy blue baseball caps in bulk and using it in all their upcoming shows? #TheStranger

Both of these shows have unfortunately given cap-wearers everywhere a bad rap.

Man I ain’t never trusting a female or male w/ a baseball cap. I don’t care how much “they could fix me”. #TheStranger | #TheStrangerNetflix