By his own estimation, Henry Lee Lucas was America’s most prolific serial killer, deadlier than Ted Bundy, John Wayne Gacy, H.H. Holmes, and The Zodiac Killer. In the 1980s, the Virginian man confessed to about 600 homicides. In many, many interrogation sessions, he gave police vivid descriptions of the crimes. On legal pads, he gamely scribbled portraits of his victims. As such, the police began closing cold cases by the dozens, then hundreds. However, there were those in the press and the public who thought Lucas’s stories didn’t add up to proper evidence. Coming soon to Netflix, The Confession Killer will explore the stories spun by Lucas and the work put into unraveling the truth from tall tales.

Here’s a look at the five-part series’ first trailer:

Academy Award-nominated documentarian Robert Kenner (Food Inc.) teams with Taki Oldham (The Billionaires’ Tea Party) to explore the fascinating story of how a flawed justice system allowed a convicted killer to con a bunch of cops. Plus, from the looks of the trailer, The Confession Killer will also explore the heavy cost put to the families of Lucas’s alleged victims. What justice exists for them when cases were closed without the true killer caught?

That was a topic explored in the extraordinary Netflix doc series, The Innocent Man. Both this and The Confession Killer follow in a long line of compelling true-crime content from the streaming service, which includes Abducted In Plain Sight, Amanda Knox, Casting JonBenet, The Confession Tapes, Conversations With A Killer: The Ted Bundy Tapes, The Devil Next Door, Evil Genius, Exhibit A, The Keepers, Making a Murderer, The Staircase, and Voyeur.

With so many thoughtful, riveting, and harrowing docs from Netflix, how will their latest offering stack up? 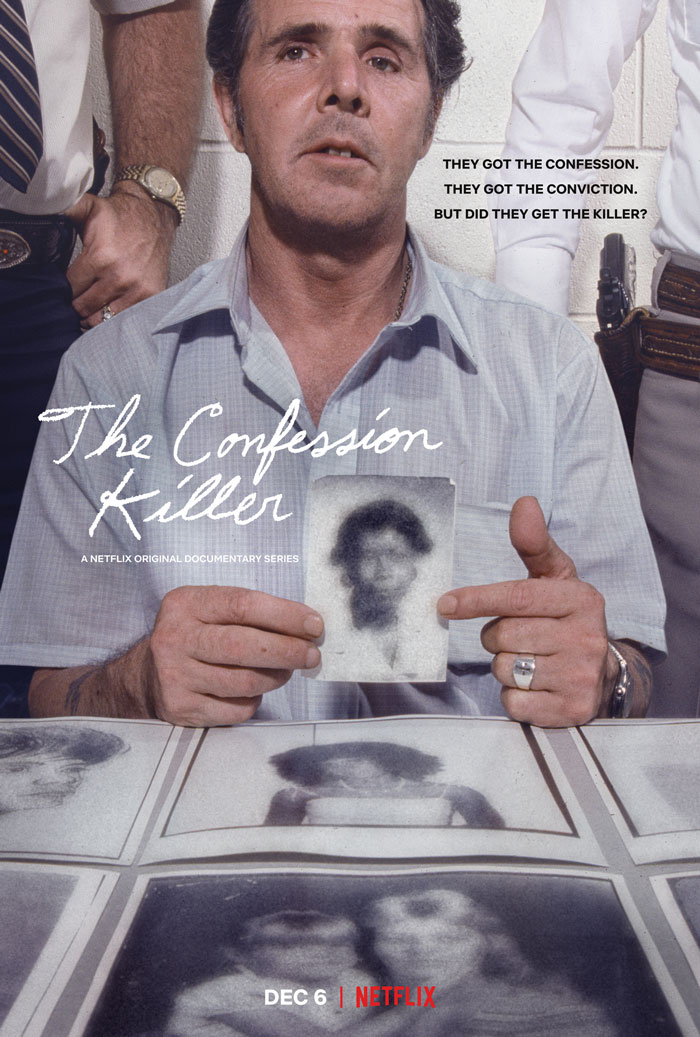 We’ll find out once The Confession Killer hits Netflix on December 6.