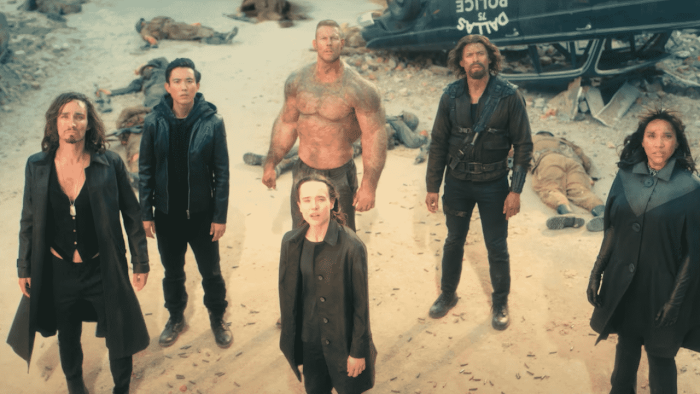 If You Can't Wait Until Friday To Binge, Netflix Is Giving You The First Scene Of 'Umbrella Academy' Season 2 Now

Season 2 opens up with Number Five touching down in an alternate version of America on November 25, 1963, after using his power to escape the moon destroying Earth in the Apocalypse at the end of last season. We get to see what new obstacle faces the Umbrella Academy and witness their powers on full display in the first scene of the new season before it hits Netflix in full this Friday, July 31.

Well, I’m in. If you need a primer before you dive back in, Netflix as you covered there too.

← Practically, What the AMC/Universal Agreement Actually Means for Moviegoers | 'You Must Remember This', Polly Platt, and the Need To Rewrite the Rules of Film →