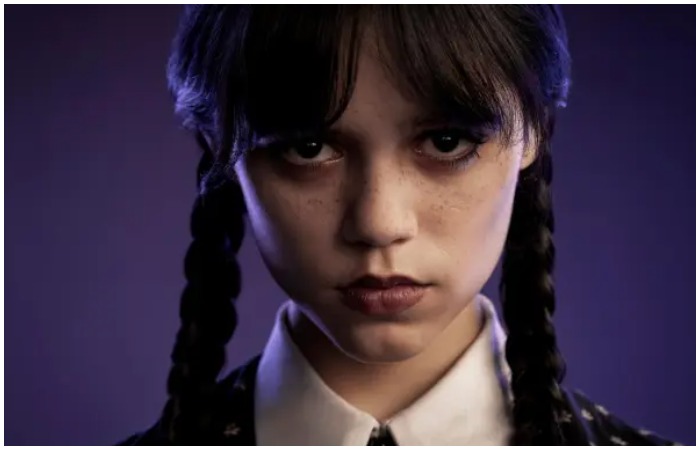 Part of the problem with Netflix, and the thing that seems to have caught up to the streaming service, is that it blasts out a bunch of mediocre content hoping that something will stick, although it’s often the series that defy the algorithm that fare the best (Stranger Things, Quenn’s Gambit, Squid Game, Heartstopper).

What better way, then, to upend that reputation than to … blast out promotions for a lot of (probably) mediocre series? It’s #GeekedWeek, which means a lot of new trailers for things you might be vaguely interested in.

For instance, here’s the trailer for Wednesday, the Addams Family sequel series from a big name, Tim Burton, who also hasn’t made anything particularly relevant in years.

We woefully present @wednesdayaddams. From the mind of Tim Burton comes a twisted new series launching this fall. #GeekedWeek pic.twitter.com/nJLnNaCP7O

Guillermo del Toro is another big name, and he brings us Cabinet of Curiosities with directors like Ana Lily Amirpour, Catherine Hardwick, Jennifer Kent, and Vincenzo Natali. Alas, it’s a horror anthology series, and you can only get so excited about an anthology series.

from esteemed horror auteurs like the directors of Mandy, The Babadook and Splice, meet the new anthology series GUILLERMO DEL TORO'S CABINET OF CURIOSITIES #GeekedWeek pic.twitter.com/AYan8UPsfH

Midnight Club, based on the Christopher Pike YA novel, comes from Mike Flanagan and Leah Fong and, well, honestly, I am pretty excited about this one, which follows a group of seven terminally ill patients at Brightcliffe Hospice, who begin to gather together at midnight to share scary stories.

meet THE MIDNIGHT CLUB, a new horror series from Mike Flanagan (MIDNIGHT MASS, THE HAUNTING OF HILL HOUSE) based on the novel by Christopher Pike #GeekedWeek pic.twitter.com/wvWdvw32yB

I don’t watch Locke and Key. I gather from fans of the book that they continue to watch the series while also being vaguely disappointed in it. Here’s the trailer for the final season:

The Imperfects is a sci-fi drama created by Dennis Heaton and Shelley Eriksen, and it looks like The X-Men generated by an algorithm:

THE IMPERFECTS is a sci-fi story that follows three twenty-somethings whose experimental gene therapy has left them with some monstrous side effects #GeekedWeek pic.twitter.com/lwdOiqhtnI

I’d be more excited about The Sandman if Neil Gaiman adaptations had a better track record. This one, based on the trailer, looks blandly epic:

I loved Dark, so I will definitely give this one a shot:

get your first look at your next obsession

I am less excited about the Resident Evil series, but I appreciate that Lance Reddick is still getting paid.

We’re only on Day One of #GeekedWeek, so be on the lookout the rest of the week for more … stuff!