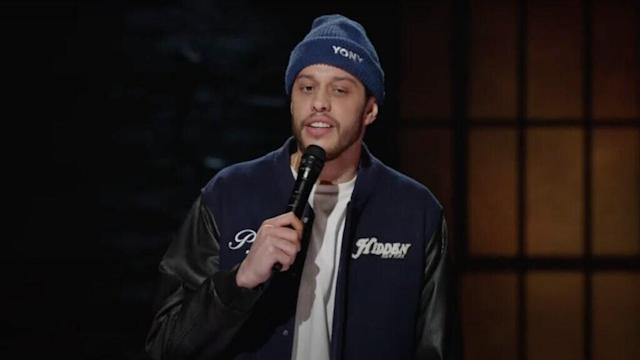 In late April/early May, Los Angeles held one of — if not the — biggest comedy festival ever, a massive event that included 298 shows around town featuring practically every stand-up comedian of note in North America. For Los Angeles locals — and those who may have been visiting — I’m sure it was a blast to be able to go out on any given night and see the likes of Pete Davidson, David Letterman, Amy Schumer, or Tig Notaro, but the product that ends up on Netflix has been, so far, underwhelming.

Despite the chaos surrounding Dave Chappelle being attacked on stage — which will not actually appear anywhere on Netflix — the festival has felt more like corporate glad-handing, an exorbitantly-priced promotional branding event greenlit by the streaming network not only before the fall of Netflix’s stock but, originally, before the pandemic. There are huge shows, massive headliners, and thousands of jokes, but not a lot of substance, which is perhaps the nature of an event like this, where even the headliners only get enough time on stage to cut together a trailer to feature on the Netflix comedy page.

That has been the case, so far, for three of the events I’ve seen: Bill Burr Presents: Friends Who Kill, Amy Schumer’s Parental Advisory, and Pete Davidson Presents: The Best Friends. Do you remember a few weeks ago when the trades reported on the jokes that Pete Davidson made about Kanye? Those jokes are also in the trailer for Pete Davidson Presents, and encompass about 50 percent of the time he has on stage. Like Schumer and Burr, they’re basically there to emcee the event and to introduce comics largely unknown to the casual viewer, each of whom does five-minute sets, which is hardly enough time to get to know them.

This may have been de rigueur back in the day on Friday nights on Comedy Central, but in a post-Chappelle, post-Hannah Gadsby world where storytelling is as important as the punchlines, it feels empty and lacking. It’s an array of COVID and vaccine jokes, stray observations about dating during the pandemic, and so so many jokes about being canceled. Outside of the COVID pandemic, “cancel culture” is apparently the biggest source of material over the last few years for comics (YOU’RE WELCOME). It’s fine and periodically funny, but having sat through about 30 comics in those 3 hour-long shows, no one, save for a guy named Neko White, has left much of an impression. Amy Schumer has a lot of white feminists on, Bill Burr’s crew tells a lot of jokes at the expense of white feminists, and Pete Davidson’s stoner “best friends” are mostly so uninspired that the camera cuts to Davidson off-stage anytime he actually laughs at a joke.

Likewise, the three episodes I’ve seen of That’s My Time with David Letterman are better, but not by much. Each 20-minute episode begins with Dave telling five or six minutes of monologue jokes, followed by a featured comedian who does another five or six minutes before being interviewed by Dave himself. Robin Tran and Brian Simpson are given just enough time — and are successful enough — that I at least want to seek out their future work. The format, however, is a dud, and I say this as a massive fan of Letterman.

There are also tribute specials. There’s one for Bob Saget and another where Mulaney, Chappelle, Jon Stewart, and Chelsea Handler pay tribute to stand-up greats like George Carlin, Richard Pryor, Joan Rivers, and Robin Williams. They’re fine highlight reels for the respective comedians, broken up by touching speeches in their honor, but there’s nothing in them with any lasting appeal.

So far, the only special I’ve seen that is worth actually seeking out is Stand Out: An LGBTQ+ Celebration, where many of the comedians — Billy Eichner, Margaret Cho, Tig Notaro — made the best of their five minutes. It doesn’t hurt that there are a number of jokes in the hour-and-a-half at Dave Chappelle’s expense, which feels both appropriate and almost mandatory as a way to allow Netflix to cover “both sides.” Marsha Warfield from Night Court and Mae Martin from The Flight Attendant steal the show with their segments, along with Bob the Drag Queen. Icons like Sandra Bernhard and Lily Tomlin are fun to see but don’t provide a lot of comedic value, either.

Mostly, the Netflix is a Joke shows do what they’re designed to do: Bring viewers to the Netflix is a Joke YouTube page, where we can seek out and find better, funnier, and more insightful hour-long specials like the brilliant one from Taylor Tomlinson released earlier this year. My recommendation? Cut out the middle people and go straight to the Tomlinson special.