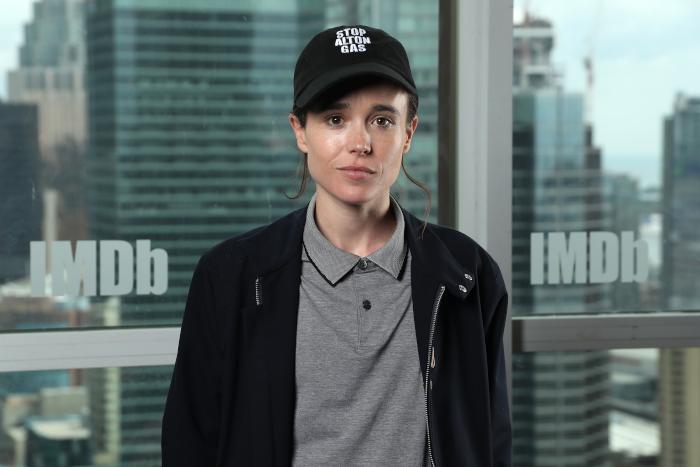 Netflix Does the Right Thing by Elliot Page

On December 1, Elliot Page made a groundbreaking announcement: he was trans and identified as non-binary. The amount of support and love that was sent his way was honestly so beautiful to see on my feed. Page broke the happy news in a heartfelt way, making sure to point out that there was still so much trans violence in the world.

Since the announcement, Netflix has done the right thing by Elliot Page, changing the credits of his projects that are available across the streamer to properly reflect his name. The IMDb page for The Umbrella Academy, a superhero series Page has starred in for two seasons, has also been updated. Isn’t that so great? The quickness with which it happened certainly makes it seem like the folks at Netflix are supportive of Page and that’s very refreshing to see.

Page is all set to return for Season 3 of The Umbrella Academy. While I’m thrilled that Page is speaking his truth to the world, I did briefly wonder if his identity would be reflected in the next season of The Umbrella Academy. It’s not unheard of for a show to accommodate its actors’ real life and adapt certain parts of it to fiction. Superstore worked in America Ferrera’s first pregnancy and I’m sure there are several more instances where real life and fiction have merged (I’m just blanking right now).

On the show, Page plays Vanya Hargreeves, a cisgender woman and, according to sources close to the show, that will continue being the case in Season 3. Speaking of The Umbrella Academy, Page’s castmates were quick to show their public support of him. Aidan Gallagher, Emmy Raver-Lampman, Tom Hopper and Justin Min are a few of several who showed their love. Now that Page is headed back to filming, we can all breathe easy that he will be returning to a good environment.

← 5 Shows After Dark: 'The Masked Singer' on Fox, 'Baby God' on HBO | Mads Mikkelsen Hopes Johnny Depp Is 'Back in the Saddle Again' Soon →