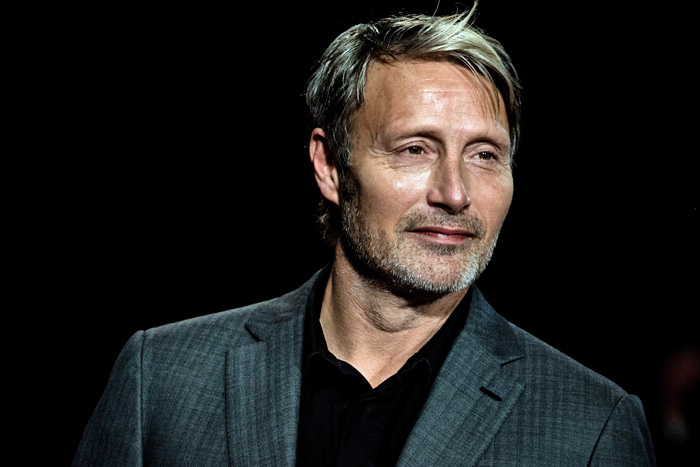 Mads Mikkelsen Hopes Johnny Depp Is 'Back in the Saddle Again' Soon? Hannibal, No...

In his first interview after taking over the role of Grindelwald in Fantastic Beasts 3, Mads Mikkelsen issued a very awkward statement about Johnny Depp being confirmed by a UK court as a wife beater. “I wish both of them the best. These are sad circumstances. I hope both of them will be back in the saddle again really soon.” Dude, WHAT?! (EW)

The Obamas are producing a Netflix comedy about the 2016 presidential transition. How the hell has Trump not lost his shit about this yet? (Dlisted)

David and Victoria Beckham are stressing about inviting the royals to their son’s wedding, and you know, same. Who among us… (Celebitchy)

RIP Hugh Keays-Byrne 😔 It’s amazing you were able to play an evil warlord so well cause you were such a kind, beautiful soul. You will be deeply missed my friend. pic.twitter.com/kXDhNs5jEU

John Mulaney apologizes for that both sides election joke during his SNL monologue, which he agrees was bad. “I forgot to make the joke good.” (AV Club)

Pour one out for DuckTales, and Tori who’s taking this one hard. (Variety)

A thread from Tom and Lorenzo on Elliot Page that’s well worth your time:

Some musings inspired by Elliot Page's coming out. If you're a cisgender gay person and you don't feel kinship with trans or non-binary or genderqueer people; if you don't understand why we belong together as a group, if not a family;

Rian Johnson almost had Anakin appear as a Force ghost in The Last Jedi, but then decided against it because my dude knows how to make a slamming Star Wars. (/Film)

*looks around, whispers* Obama is right. (The Hill)

Alton Brown was first known for his show Good Eats where he explained the science of cooking. ElCicco and her husband were fans and picked up his 2002 book, I’m Just Here For the Food. It has been a kitchen staple for almost 20 years. "My spouse and I give thanks every Thanksgiving for Alton Brown’s explanation of roux and making gravy…" Which cookbooks have been your kitchen staples? (Cannonball Read 12)

John Favreau feels real bad that Baby Yoda made kids go crazy for macarons — which aren’t cheap! — so he got together with Chef Andrew Rea to come up with a recipe for a less expensive alternative that Favreau swears is Baby Yoda-approved.