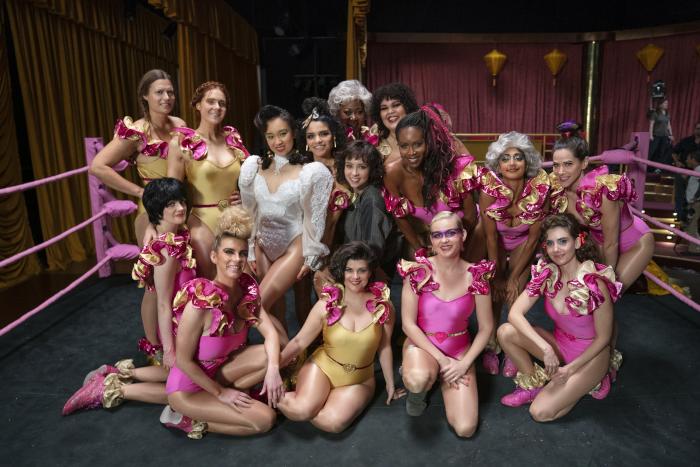 If Netflix ever changed its logo, it should be to a big, red cancel button. The streamer has been on a devastating roll lately, canceling shows — including ones that had been previously renewed — left and right. The Society was cancelled right before it began production on Season 2, while Patriot Act with Hasan Minhaj and I Am Not Okay With This and others were abruptly axed. Tragically, the growing list of Netflix cancellations will now include the beloved wrestling series GLOW.

GLOW’s cancellation is a direct byproduct of Netflix’s reassessments in the wake of COVID-19. The series, which starred Alison Brie, Betty Gilpin, and Marc Maron among others, was renewed last year and had just begun filming Season 4 before all productions shut down in March. Unfortunately, Netflix has decided to pull the plug on the fourth season altogether.

Apparently, GLOW’s large cast and its need for close physical proximity during the wrestling scenes made things more complicated now that all productions have to implement safety restrictions and precautions during filming. Netflix figured cutting the cord was easier (and cheaper) than letting the series live for another season. Maron’s short apology to fans for the show’s cancellation reads like a shrug come to life.

Then there are series creators Liz Flahive and Carly Mensch, who made a rather different statement than what we’re used to following the news of cancellation. In short, GLOW’s cancellation is awful news, but COVID is even more awful (and they’re obviously not wrong about that).

COVID has killed actual humans. It’s a national tragedy and should be our focus. COVID also apparently took down our show. Netflix has decided not to finish filming the final season of GLOW. We were handed the creative freedom to make a complicated comedy about women and tell their stories. And wrestle. And now that’s gone. There’s a lot of shitty things happening in the world that are much bigger than this right now. But it still sucks that we don’t get to see these 15 women in a frame together again. We’ll miss our cast of weirdo clowns and our heroic crew. It was the best job. Register to vote. And please vote.

This does suck. GLOW was one of Netflix’s good shows, it was female-led, and told some fantastic stories. Plus, Brie and co. got to fight people in a wrestling ring while wearing fabulous 1980s fashion. What was not to love? Just add this to the streaming service’s very long, very sad list of cancelled shows. RIP to GLOW, the show that broke the mold in more ways than one. You will be missed.