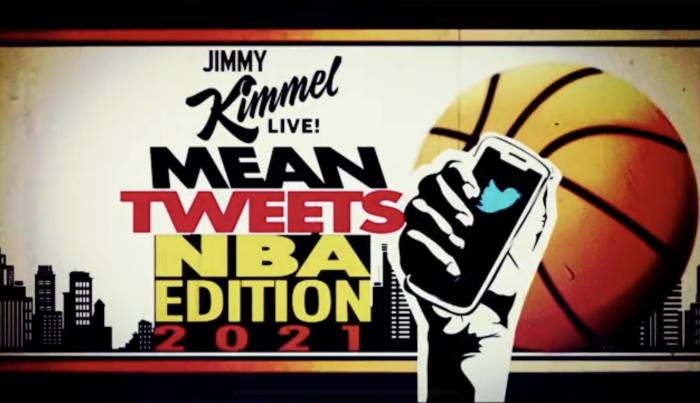 NBA Players Are Delightful In The Face Of Mean Tweets

The NBA Finals are in full swing! One game in and the Phoenix Suns scored a decisive victory over the Milwaukee Bucks. It was a disappointing loss for the Bucks, despite the return of star Giannis Antetokounmpo from a scary knee injury he sustained last week. With the series just starting, it’s too soon to say just who will come out on top.

But who cares about that?! I wanna know how these dudes handle getting roasted on Twitter! Luckily, Jimmy Kimmel Live put on a special NBA Game Night episode that was guest-hosted by Anthony Anderson. In the episode, Live busted out a brand new edition of their recurring sketch Mean Tweets, where celebrities read mean tweets about themselves.

Usually, the people reading the tweets are actors and performers. There’s often a sense of winking at the camera as opposed to a genuine reaction. When sports stars are in the Tweet Seat (nailed it), their reactions often feel more real. That is definitely the case in this newest video. Not only do the stars involved seem to be reacting in a non “showy” way, when they do decide to lean into things even THAT feels more real.

At the end of the day, these people are still public personas, but they just feel more grounded. Even if you’re not familiar with who they are, if your experience with basketball comes mostly from Space Jam or The Fish That Saved Pittsburgh, you’ll still get a kick out of this. I sure as hell did.