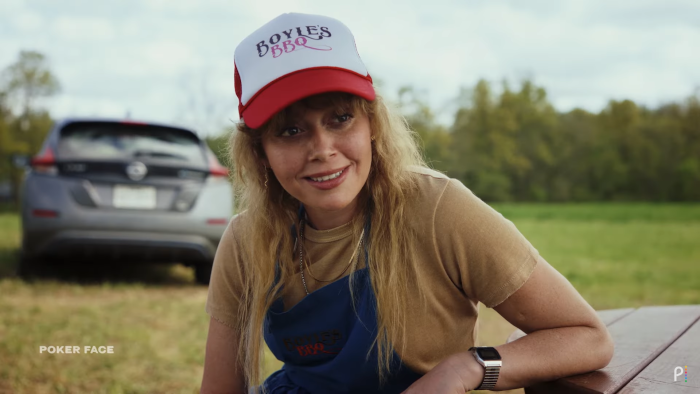 I’m a fan of howcatchem style shows, more so than I admit to myself. I spent Friday nights in middle school and high school watching Monk. Then, since it came on afterward, Psych. Despite loving both shows, I never searched for others like them; that changed last year. I was trying to fill time during the three naps a day my children would take, and I stumbled upon old reruns of Columbo. I was hooked from moment one. All of this is to say that I am very excited about Poker Face, a new show created by Rian Johnson and starring Natasha Lyonne.

According to Johnson, the story will follow Lyonne as she solves a different murder in each episode, ala Columbo. The show will also feature an array of guest stars. It is a surefire formula that is only improved when you add Lyonne, Johnson, and the showrunners and TV veterans, Lilla and Nora Zuckerman (#JusticeForHumanTarget). What could be a simple show immediately gets filled with promise thanks to the aforementioned talent attached.

There’s something so enticing about this trailer. Natasha Lyonne is a ball of charisma, and I’m not just saying that because I sang an HDTGM second opinion theme at a live episode when she was a guest (NO BIG DEAL). She is an unmistakable talent and her collaboration with Rian Johnson and the Zuckermans is a surefire method for success. I have high hopes for Poker Face. Looking at the trailers and the names attached? It’s safe to go all in (NAILED IT).


← Dead Bosses and Dead Moms: Trailers for 'Renfield' and 'Jung_E' | If The Rock's Star Is Falling Who Will Take The Belt? →