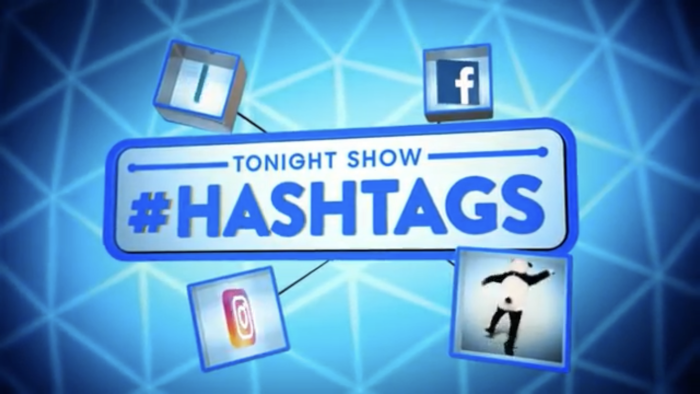 Show me a person who says “my family is pretty normal” and I’ll show you an absolute LIAR. Your family may seem normal to you, but likely there’s some weird thing you do or tradition you have that would make others do a double-take. My family is no different. It wasn’t until recently that I realized that most parents don’t show their kids R-rated movies when they’re younger than seven, but dammit, that’s when I saw The Shining, Halloween AND Goodfellas … sooooo.

I bring up weird families because they were the subject of this week’s #Hashtags segment on The Tonight Show and boy. oh boy, did they make me chuckle. It can’t be easy, combing through thousands of tweets, looking for the real gems. But that’s what happened! There’s just some really funny stuff in here.

It also goes without saying that Jimmy had a blast reading them. He can be at his best when it’s other people making him laugh and I relate to that. For a year I hosted a stand-up show in midtown Manhattan (nbd) and at one point I stopped worrying about my own jokes and just got psyched for the jokes of others. It’s very freeing to know you can focus on hosting while others bring it home.

This #Hashtags segment was a fun escape for me today; I hope it is for you, too. I think we all need a nice distraction at this point. Even if it is for just a handful of minutes. Allow yourself the chance to laugh at something laid back and silly. You’ve earned it!

← Sharing Netflix Passwords May Soon Be a Thing of the Past | Review: The Russo Brothers Embarrass Themselves with the Abysmal 'Cherry' →