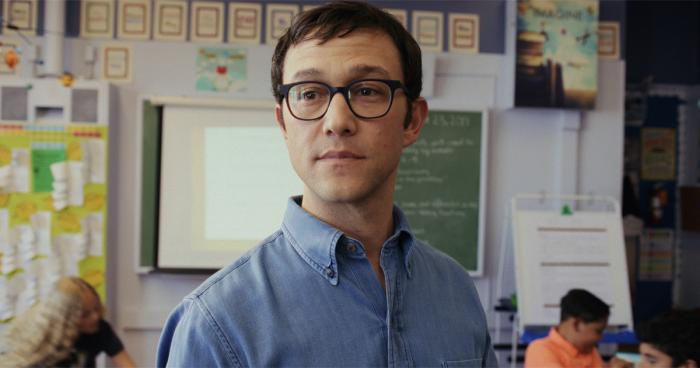 Midway through the production of Mr. Corman — created, written, directed, and starring Joseph Gordon-Levitt — the pandemic hit, which not only shuttered production on the series but also gave JGL an opportunity to work the pandemic into his storyline. On the basis of the back half of the series, all set during the pandemic, it also apparently gave JGL a new perspective and allowed him to see his character from the first half of the series for what he is: A whiny, self-obsessed, sad sack.

It’s unclear if that was the direction the series was already headed. Maybe he could have achieved the same result without the pandemic, but there’s a noticeable shift midway through the show that feels like the product of someone who spent enough time with a character to realize how insufferable he is and then decides to change the direction of the series accordingly. In the opening half, JGL’s character, Josh Corman, is painfully mopey, anxiety-riddled, and a real downer. While he remains as such in the back half, at least he gains some awareness, which has a transformative effect on the series.

It’s not that Josh’s anxieties aren’t unfounded: He is an aspiring musician turned school teacher (and a very good one, at that); a year after his break-up, he still hasn’t gotten over his ex-girlfriend (Juno Temple); he’s estranged from his father (Hugo Weaving); and he has an uneasy relationship with his mother (Debra Winger) and sister (Shannon Woodward). He’s also exhausted with the current state of his life, where he comes home from work, eats sh*tty take-out, sits all night on the couch, and plays video games with his roommate, a UPS delivery driver.

When COVID hits, things go from bad to worse because he starts catastrophizing, convinced that the combination of COVID and climate change means the end of the world is nigh. It’s not an unfamiliar feeling. In fact, Josh is resigned to it, and he burdens anyone who will listen with his problems, prioritizing his own fears and concerns over that of others who aren’t in as privileged a position as he is. He is emotionally exhausting.

At its heart, Mr. Corman is about white male fragility, although it’s unclear if that was the idea from the outset, in part because the series — especially the first half — is aimless and desperately in search of a point. Each episode seems almost distinct from the last, as though JGL is experimenting with what kind of story he wants to tell but can’t seem to stick with one idea (and some of the experimental sequences in Mr. Corman feel borderline amateurish, like something he cooked up in his HitRecordJoe lab).

But while the show is about Josh Corman, it’s only once we see his world from the perspective of others — particularly his roommate, played by Arturo Castro (who is given his own stellar stand-alone episode) and a Zoom date, played by Jamie Chung — that Mr. Corman really begins to take shape. We — particularly those of the white, mediocre male persuasion — are meant to sympathize with Josh Corman, but once we are able to contrast his lot with other characters, his concerns seem less significant. It’s not that a break-up, an existential crisis, and fears of a pandemic and climate change aren’t real, it’s just that Josh seems to have far less resilience than those who have already weathered hard times. “The ones that seem to be freaking out the most right now are white males,” Jamie Chung’s character tells Josh Corman. “And I think it’s because you expect things to be fine and work out, and now that you’re faced with some adversity, it could feel like the end of the world.”

The point that the series — and JGL — seems to be making is thus more reflective of the relentless optimism we typically associate with the actor. Stop moping, get up off your ass, and don’t waste your life complaining about it, the series seems to be saying. It takes a while for Mr. Corman to finally get there, but once the point avails itself, it retroactively redeems the entire show, and then some. It requires some patience, but when has it ever taken much effort to watch Joseph Gordon-Levitt, even at his mopiest, light up a screen?