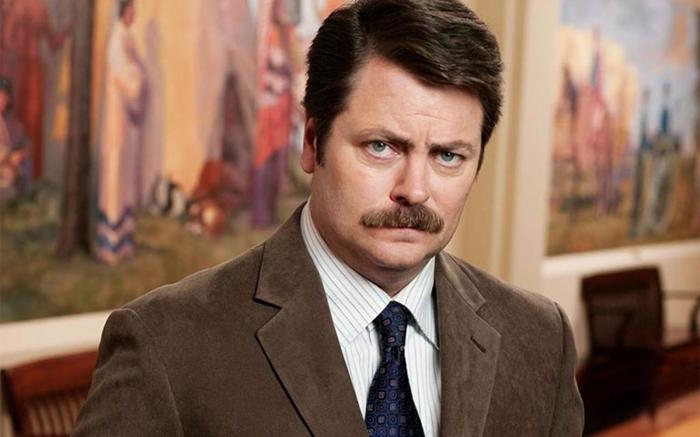 It wasn’t that long ago, remember, when we were all like, “American television should be more like British TV! Six episode seasons that end after three seasons and a Christmas special!” We complained that seasons had too many episodes, and that television series too often outstayed their welcomes.

And now look where we are.
There are still a handful of long-running series — Grey’s Anatomy, The Simpsons, It’s Always Sunny — but they don’t make shows like that anymore. The model has changed. The model is: Three seasons and you’re done because all sorts of extra expenses kick in for the fourth season, and it’s cheaper to find a show “like” the show a streamer just canceled than to continue making new seasons (see: Santa Clarita Diet).

That’s the issue that Mike Schur (The Good Place, The Office, Parks and Recreation) has with the new model of television: It robs us of shows like Friends and Lost that often peaked around their 100th episodes. Now a show is lucky to get 30 episodes.

“What you’re describing is the single biggest issue facing the future of television production,” Schur tells Vanity Fair. “Your incentive to make the best show you can runs into the brick wall of a complete lack of interest in keeping your show around. And not even at the point where it becomes prohibitively expensive—just more expensive than it was before.”

The problem, as Schur describes it, is the new “Cost Plus” model that is so popular with the streamers:

What has come to be more and more popular is what they call the Cost Plus model. [Under that model] points in the show are worth something immediately. That was sold as this huge benefit, because, as we all know, most TV shows fail. Your points in the show are often worthless because shows often fail, and the shows are always in deficit because of the fancy accounting that studios and networks do. But with Cost Plus, you’re immediately making extra money [that could represent ever-larger sums in seasons three, four and five].

This is all mathematics, and soon they get to a point where they have three seasons of your show, and that’s enough. There are shows that are massive, like Stranger Things. But other than that, they have shows that you would consider successes by any stretch of the imagination, in terms of the people who watch and the awards that they get—and they will slit your throat. Any of these places will slit your throat without thinking twice before the show can get to the point where they really have to pay the people who own parts of the show.

Now we get much shorter runs and far fewer episodes. “I look at the shows my kids are obsessed with—they’re all shows that had 125 to 200 episodes,” Schur adds. “Let’s say 30 episodes is the new 100 episodes. Jim kissed Pam in episode 28 of The Office, right? Imagine that being the end of the story—not the beginning. It’s horrifying to think about.”

It’s a problem, and it’s a problem designed to favor the streaming networks and screw over the creatives. He doesn’t say as much, but I suspect this is the first of many salvos that Schur and other television writers are going to make before what will probably be the next writers’ strike in 2023. Because while writers had finally gotten to a place where they weren’t being completed screwed over by the networks, they still have a long way to go when it comes to Netflix, Hulu, Disney+, Apple TV+, HBO Max, etc. The writers and the actors guild have got to bargain for themselves all over again to ensure that they aren’t punished with a quick cancellation for their success because the contracts don’t start benefitting the talent until the fourth or fifth seasons.

That is not to say that every show should run for seven seasons. That is clearly not the case. But, shows that are good enough, that maintain their fan bases, and have more story to tell should be given that opportunity. Shows should be canceled because of ratings, not because streamers are too cheap to pony up.


← 'Hacks', 'We Own This City', 'The Boys', And More On Podjiba! | 'What If Motorhead Wrote Rebecca Black's 'Friday'' Is a Question I Never Know I Needed Answered Until Now →