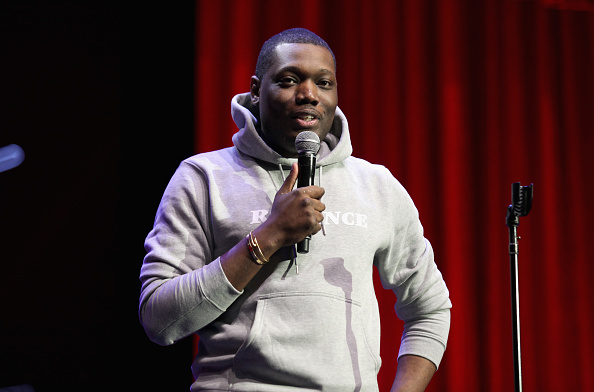 On Friday at a pop-up show in Minneapolis, Michael Che suggested he would be leaving Saturday Night Live at the end of the year after eight seasons as co-anchor of “Update” (he is the second-longest serving “Update” anchor behind only Colin Jost). From Page Six:

“This is my last year,” Che reportedly said during a set at a Minnesota salon, according to the Star Tribune. “You know my tie is a clip-on, right? What man wears a clip-on tie to work for eight years — that’s embarrassing.”

It’s unclear how serious Che was, and it certainly was not an official announcement. Several outlets picked up the joke and treated it as gospel, which Che himself seemed to mock on Instagram.

“to comedy fans,” Che wrote on Instagram (in case he deletes the post later). “please stop telling reporters everything you hear at a comedy show. youre spoiling the trick.” That feels like neither a confirmation nor a denial.

It’s also worth noting that Colin Jost contemplated leaving after the 2020 election, but did not follow through. It’s further worth noting that Lorne Michaels is trying to keep his heavy-hitters on the show at least on a part-time basis until the 50th Anniversary show, after which Michaels himself is expected to retire. Given how long Colin Jost and Michael Che have been doing “Update,” however, it might be difficult to keep them around for another two seasons, especially since they also serve as co-head writers and “Update” cannot be made into a part-time gig.

The exodus after that 50th Anniversary show is going to be insane, isn’t it?


← The 2022 Academy Award Winners | What the Hell Just Happened at the Oscars? →