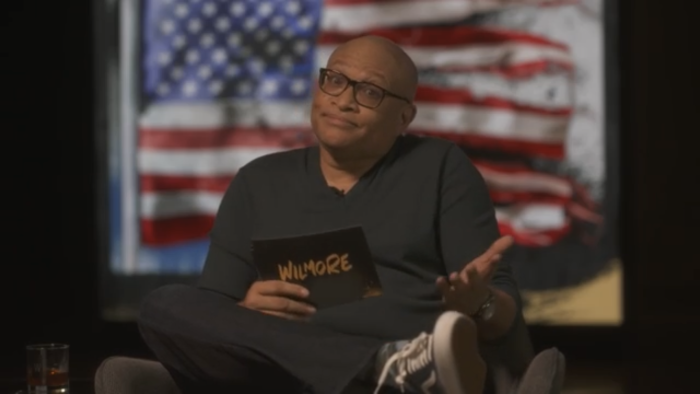 Maybe Trump Should Have Watched ‘Wilmore’ on Friday

Joe Biden is the president-elect of the United States. It was called. It’s done. However, Trump is not accepting those results (which should be no surprise to anyone) and is threatening litigation. After watching the newest episode of Larry Wilmore’s late-night show, I can’t help but wonder: maybe Trump would have accepted the results more easily if he saw what Larry had to say on the matter.

Friday night the election seemed to be in the bag for Joe Biden but news stations were hesitant to call anything definitively. As Wilmore states early on, he wasn’t celebrating yet but it felt like it. “You know the moment I knew who had won the election was 7 pm on Thursday night,” Larry said, referring to Trump’s November 4th press conference that was riddled with false claims.

From there, Wilmore actually gave Trump some pretty convincing reasons as to why things were playing out the way they were. They were common sense things. Trump thinks batches of votes were magically appearing? They were just being counted (Larry actually uses some sleight of hand magic here to help drive the point home even more). Trump thinks it’s “amazing” that the mail-in ballots are mostly for Biden? “You told your people not to vote by mail, genius.”

The biggest reality check handed to Donald Trump was bringing up Arizona. “Republicans should have won Arizona easily. Even the soil is red there,” Larry joked. The fact of the matter is that Trump continuously insulted former Senator and Arizona native John McCain, even after his death. “In fact, he insulted him in batches.” This clearly didn’t do Trump any favors with Arizona voters.

I feel like people don’t talk straight with Trump. He creates an ego bubble for himself that is strengthened by others in his circle who refuse to tell him what’s what. So, I recommend he watch Wilmore (or any of the other late-night talk shows, honestly). Maybe if he does, he’ll start to get some of the reality he needs. Then, maybe he’ll concede gracefully.

I swear I wrote that last sentence with a straight face.