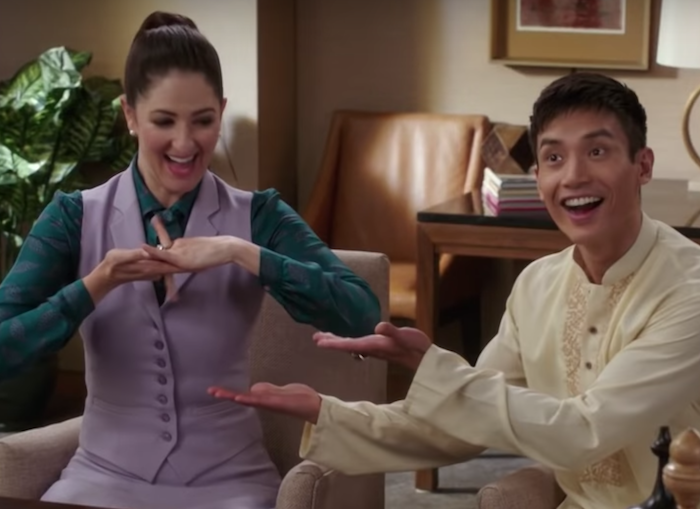 I love Jason Mendoza with a love that is pure and true, and surprisingly not born or based in thirst. Which is pretty shocking, considering how easy on the eyes he is:

Thirst is not why we’re here today. No, friends, Roxana already wrote an excellent article about hot idiots recently and touched upon Jason.

No, we’re here today to celebrate another type of idiot: the joyful idiot, my favorite archetype of all time.

Think Tracy Jordan from 30 Rock, Joey Tribbiani from Friends, Rose Nyland from Golden Girls, Richard Splett from Veep, and my favorite scene from Scrubs, which I think about a lot:

A joyful idiot is someone who lives their life optimistically and completely unaware of the constraints that reality places on most of us schmucks. Nothing ever gets them down for long, and there is always shenanigans and hijinks afoot with them. Jason Mendoza is the best this character type has to offer, and as a result, he is the greatest TV character in recent memory. Can I get a “BORTLES?!”

What makes Jason such a genius character is how Manny Jacinto plays him—with warmth, empathy, and a quiet sensibility that never ceases to take me by surprise when he says something incredibly stupid, yet also incredibly funny:

Imagine any of those lines delivered by a braying jackass, loudly and brashly—it wouldn’t work. What we’d be left with was a Todd from Scrubs, a nice character to have pop up from time to time in very small quantities and that’s about it.

You’d never want to meet his friends, would you? Unlike Jason’s crew of Pillboi and Donkey Doug who were everything one could hope for, and more. Especially when it turned out that Donkey Doug (Donkey Dad, homie) was actually Jason’s father.

The constant state of happy bewilderment Jason exists in is a balm to my soul. Based on the amount of updates Dustin makes to his “Trumpdates” post in a day, and the general sense of complete panic we all find ourselves in due to the chaos of the world around us, Jason is a welcome port in the storm to forget about your worries for a while and embrace a world where sleeveless tuxes are not only a thing, but required for one’s wedding.

Like all great characters in TV or movies, it’s impossible to picture anyone else playing them, and Manny Jacinto makes Jason completely his own. It’s not easy to play dumb, friends—yet somehow Jacinto makes playing Jason look effortless.

Ultimately what I love most about Jason is not his dedication to BORTLES! but his complete lack of cynicism. No matter what existence throws at my sweet, dumb Jason, he only lets it get him down for so long. And in true idiot fashion, doesn’t seem to remember the trials and tribulations he’s been through, giving the character an innate sense of delight at each situation he’s in, regardless of whether it’s favorable to him or not.


I’m not ready to say goodbye to Jason yet but say goodbye I must when The Good Place wraps its final season this winter. Until then, I look forward to spending time with him every Thursday night (and reading Dan’s excellent recaps Friday afternoons), and will cherish the glimpse into the life (and afterlife) of a pre-successful DJ from Jacksonville that I’m offered. BORTLES!