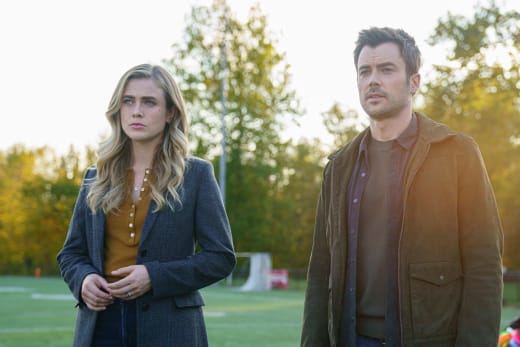 'Manifest' Goes for Broke in Its Most 'Lost' Episode Yet

This week’s episode of Manifest, “Tailspin,’ was written by Marta Gene Camps (previously of the decent Fox series The Gifted) and MW Cartozian Wilson, a longtime writer on the series whose only other IMDb credit is as a friend of the performance artist at the center of the documentary short, “This Trans Artist Collected 200 Gallons Of Urine To Protest Trump.” I say this not to shame either of the writers — honestly — but to express my newfound appreciation for what it takes to write an episode of the show. It takes an ability to ground big sci-fi concepts with absurd (sometimes nonsensical) plot turns into what is essentially a procedural format with the tone of a very dry, self-serious soap opera. That is not nothing. You have to be so committed to the bit that the average viewer doesn’t guffaw when a character’s hand mysteriously starts to glow because he touched an airplane’s phantom tailfin, and the actors — like Josh Dallas — have to sell it with their Joey Tribbiani fart smells. 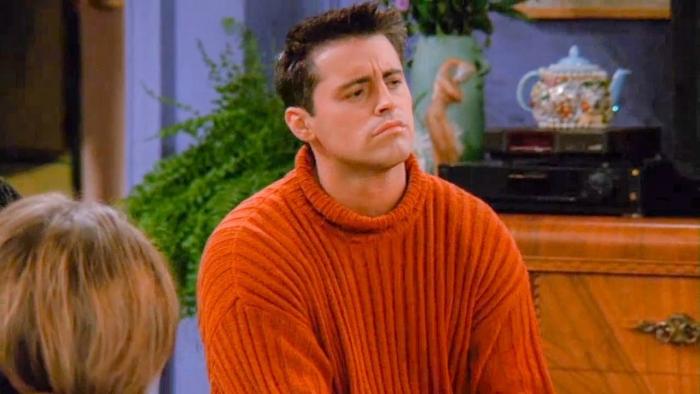 It also looks increasingly like Manifest is veering hard into Lost territory, and while it doesn’t make it any less bananas, it at least gives the series a more consistent and predictable path forward. Moreover, the series is actually making an effort to connect some dots now, even if it requires some screenwriting gymnastics (for which MW Cartozian Wilson and Marta Gene Camps should also be applauded).

Let’s back up a moment to provide a modicum of context for the revelations in this episode: Seven years ago, Flight 828 left from Jamaica to New York, landing five and a half years later, although for the passengers, it felt like a normal flight (with some turbulence). At the end of the pilot episode, most of the passengers witnessed Flight 828 explode in a hangar in New York City, leaving no evidence behind. In the second episode, a woman named Taylor was shot in the head (the reasons why no longer matter) and her body was confiscated by the NSA. Meanwhile, in the second season finale, three meth heads fell into the ice and Zeke somehow survived his “death date” (the day he was supposed to die). The three meth heads emerged alive from the frozen lake weeks later, and Zeke lost his “callings” (he no longer saw glimpses of the future).

In the present, Robert Vance — the former director of the NSA who never died, but did fake his death — is back on the grid and he’s been put back in charge of the investigation into Flight 828. Ben and Saanvi pay a visit to the investigation site, where they find Flight 828 reassembled after the explosion. Scientists are studying it, and Vance wants Saanvi — an oncologist/family medicine doctor/Bond-level scientist, depending on the episode — to help with the investigation.

Meanwhile, this is what they discover. On the day Zeke survived his death date and the meth heads drowned in the frozen lake, Flight 828’s tailfin teleported from New York into the Caribbean, which is where it was unearthed in the season premiere by Ben and Vance. The corrosion on the tailfin suggested it had been underwater for seven years! WHAT? Meanwhile, the corpse of Taylor — the woman shot in the head in the second episode — is also being kept in the facility, and though she was shot and killed in New York City, her injuries are consistent with a mid-air explosion and there is evidence of algae from the Caribbean on the corpse. 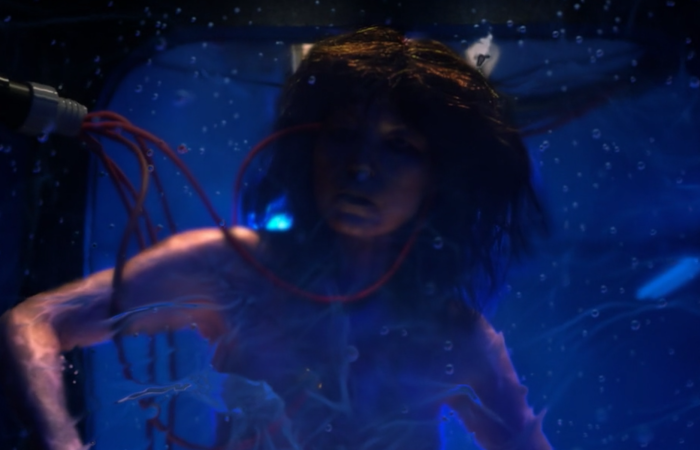 Basically, the evidence seems to suggest that Flight 828 crashed in the Caribbean seven years ago, even though the flight and all the passengers landed in New York a year and a half ago. What does it mean? WHAT DOES IT MEAN? I mean, it really is some Lost sh*t. Are they dead? Or did an alt-universe in which Flight 828 didn’t crash bleed into this universe? Or are there two versions of reality? I have no doubt that Manifest will be able to ultimately answer this big question, but I have very little confidence that the series will be able to tie all of the other hanging threads into the answer, which — to be fair — is exactly what happened on Lost.

Meanwhile, in the “case of the week,” the three meth heads are featured again. Their names are Jace, Pete, and Korey, by the way, but I don’t want to confuse anyone who has been reading these recaps, so I’ll stick with Meth Head #1, Meth Head #2, and Meth Head #3. Meth Head #2 — the one who is connected to Paige Jennings from The Americans through an old photo — is in jail, but he had a calling this week that led Michaela and Zeke to the meth heads’ old high-school football coach. Under questioning, the coach reveals that Meth Head #2 sold drugs to a teammate who died of an overdose, but what we later learn is that it was actually the football coach who was peddling drugs, and he was the one who made the meth heads deal for him. So, the football coach was arrested, and I guess the meth heads — whose death date is in only a matter of days — get some closure before they die which, again, is all very Lost, isn’t it?

Vasquez, meantime, has basically been silo-‘d this season. He’s off investigating the death/disappearance of The Major. Saanvi confessed to Vance this week that she killed The Major, and now Vance is worried because Vasquez is “getting too close to the truth.” He gave a look at the end of the episode that suggested he may have to take out Vasquez, which would honestly probably come as a relief to J. R. Ramirez, who has been languishing on this show for the last season and a half.

Finally, Zeke — the only character so far who has survived his death date — lost his callings, but he has developed some sort of empath powers. It helped him and Michaela get inside of the head of Meth Head #2, but it also allowed Zeke to get inside the head of Beverly, the woman with dementia that Michaela and Zeke are living with now (don’t ask). I mention this only because the two funniest moments in the episode involved Beverly. At the beginning of the episode, Michaela offered to make an omelet for Beverly — who, again, suffers from dementia — but she just kept screaming, “I want my raisins! Where are the raisins! WHY ARE YOU HIDING THE RAISINS?” as though channeling Mommie Dearest in an Ed Wood movie. Meanwhile, in the final moments of the episode, during the sad, elegiac musical montage, Michaela brought Beverly her raisins in the touching, Hallmark moment of the week. THANK GOD. 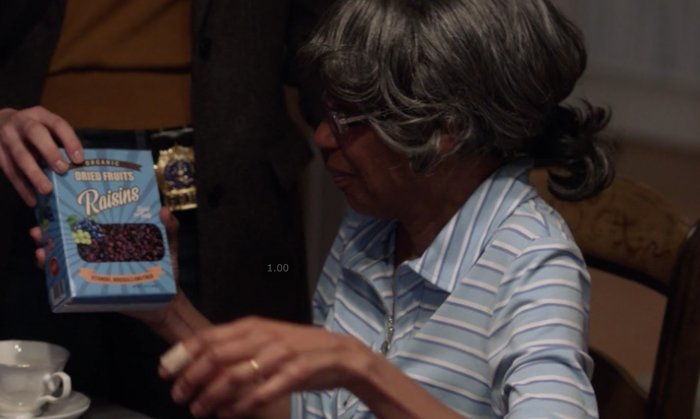 Next week’s episode is a two-hour double episode. Oh, the revelations, they will come!


← How To Watch Oscars 2021 With or Without Cable | Have You Ever Thought About How Weird the MTV Movie Award for Best Kiss Is? →