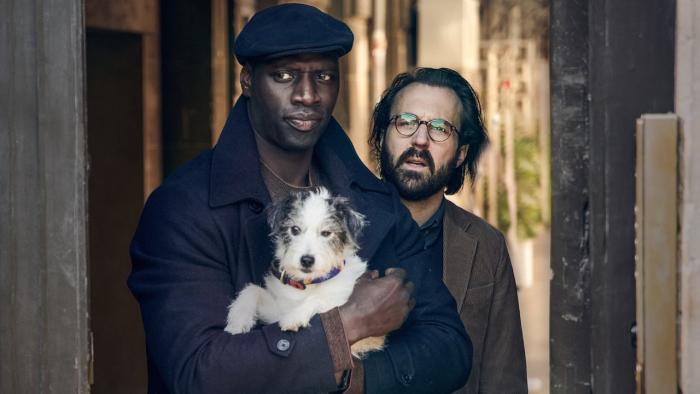 It took 115 years for an adaptation of Maurice Leblanc’s gentlemen thief, Arsène Lupin, to be widely exposed outside of France, but to those who weren’t previously familiar with the character, the version played by Omar Sy in Netflix’s monstrous television hit is our first introduction. Granted, he’s not actually playing Lupin but Assane Diop, the son of a Senegalese immigrant whose exploits have been inspired by Lupin, but for those outside of France, Diop is basically the show’s title character. Interestingly, what it means for the rest of us is that unlike the first Black versions of Sherlock Holmes or James Bond or Doctor Who (whenever someone finally casts a Black actor in one of those roles), Omar Sy will never be the “Black Lupin.” To us, he’ll always simply be Lupin.

And my God, what a terrific character he is. He’s the perfect sleuth for the 2020s. He has none of the prickliness of Sherlock Holmes or the womanizing history of James Bond. He has their charisma and self-assurance, for sure, but he falls more on the delightful end of the spectrum, an easygoing Danny Ocean without a hint of smugness. Sy, meanwhile, so fully inhabits the character — he is so Lupinesque — that it’s almost impossible to imagine anyone else playing him, much less the history of white guys in top hats who have portrayed him in the past (Sy, instead, wears a fashionable flat cap). It’s a reinvention without any of the baggage, but because the character is also inspired by the novels, he’s literary, to boot. There’s even a detective character who uses the Lupin novels in an effort to apprehend Diop.

For those who were not among the 70 million worldwide who watched the first part of Netflix’s series (what’s wrong? Where were you? What else were you watching during the pandemic?), Diop plays a character whose father was framed by a powerful businessman, Monsieur Hubert Pellegrini (Hervé Pierre), for the theft of a diamond necklace that once belonged to Marie Antoinette. Diop’s father, meanwhile, killed himself while in prison, and Diop has spent his life studying Lupin — whose novels were introduced to him by his father — and vowing revenge/justice.

There is nothing particularly dark or sinister about Lupin’s plot; he famously does not kill. He accomplishes his goals through an elaborate series of capers, including the theft of the aforementioned necklace from the Louvre in the series-opening episode, a heist designed to flush out his enemies. Part I of the Netflix series allows Diop to identify the man (and the corrupt cop) behind his father’s imprisonment, while in Part II, Diop orchestrates a plan designed to take them down.

There are complications. Diop’s son, Raoul (Etan Simon) is kidnapped, which further drives a wedge between Diop and Claire (Ludivine Sagnier), the mother of Diop’s child and the love of his life. I don’t want to say too much else about the second half of the series, except to say that the first two episodes aren’t as fun because Pellegrini has Diop on the ropes (the first episode back, in fact, ends in traumatic fashion). Diop later gains back the upper hand through a potentially romantic encounter with Pelligrini’s daughter and Lupin returns to form, outwitting and outscheming his enemies until the big showdown.

It’s great television, and the five episodes feel like the quickest binge on streaming television. It continues to be one of those series you can’t stop watching but are disappointed when it’s over and there are no more episodes to binge. Part 3, thankfully, has already been greenlit, and given the global popularity of the series, it will undoubtedly escape Netflix’s three-season curse and may ultimately run for years. It’s hard to imagine ever tiring of it.

← The Best Damn Music Video of All Time: 'Jump' by Van Halen | Review: 'Luca' Is Pixar's Best Film in Years →