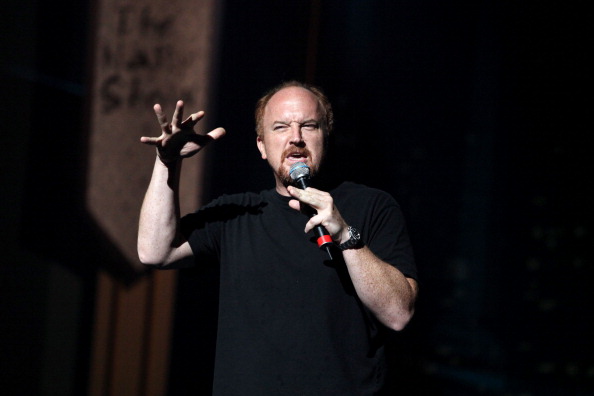 Louis C.K. Is Getting a Documentary On His Scandal ... and Comeback?

In speaking at the Edinburgh TV Festival (via The Hollywood Reporter), Paramount CEO and head of content at Parmaount+ David Nevins says that Showtime will be airing a new Louis C.K. documentary. Nevins didn’t give a lot of details, but he did say that it would “involve” The New York Times reporters who broke the original story.

Did you think a documentary involving the reporter who helped bring Louis C.K.’s sexual abuses to light would only be about the comedian’s fall? In that case, I have some unfortunate news, because no story about the fall of a white man is complete without a redemption arc! Yes, the documentary will also follow Louis C.K.’s return to stand-up because it’s also about “where are we now four, five years later after the Weinstein story broke.”

Because, see, Louis C.K. is “a slightly different situation (from Harvey Weinstein), a great, great comedian who has come back in his own way.” Nevins also added during the festival that “there is a bit of backlash against #MeToo - (the question now often is) who needs to go away and who is allowed to come back.”

I think the fact that Nevins characterizes Louis C.K. as a “great, great comedian” whose abuses were “slightly different” from those of Harvey Weinstein suggests that he believes Louis C.K. is someone who should be allowed to come back. It is “a very interesting documentary,” Nevins added, “which I haven’t seen yet, but I am looking forward to” doing so.

I don’t know how successful Louis C.K.’s comeback has been, but I do know that he appeared in the biggest auditorium in Portland, Maine last week and that the cheap tickets, I believe, went for $88. He’s doing more than fine. I’m sure this Showtime documentary likely chronicling his comeback is also all he needs before Netflix feels comfortable greenlighting a Louis C.K. special. And it’s not like the comedy community won’t rally around a guy they already knew was sexually abusing women for years before the media reported it.

← Hillary and Chelsea Clinton Get 'Gutsy' On AppleTV+ | 'Confess, Fletch' Trailer: We Waited 30 Years for This? →