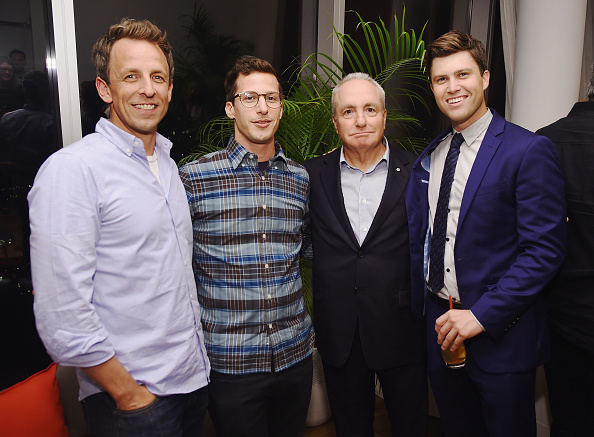 Don’t expect Lorne Michaels to retire in the immediate future — unless he gets fed up with dealing with the logistics of the COVID pandemic — but the long-time SNL showrunner is hinting that SNL’s 50th Anniversary Show may be his swan song, as he told Gayle King on CBS Mornings. “I think I’m committed to doing this show until its 50th anniversary, which is in three years.”

“I’d like to see that through, and I have a feeling that’d be a really good time to leave.”

He’s not wrong. He’d be 80 years old by then, which is a good time to retire and ride off into the sunset with Lucky Day, Dusty Bottoms, and Ned Nederlander. Saturday Night Live, after all, has been on longer than most of us have been alive, and it could stand to be retooled a little, although nothing like the disastrous, star-driven early ’80s years when Lorne Michaels stepped aside for Dick Ebersol.

Hopefully, when Michaels does exit, he’ll leave the show in better hands. He remains mum about who may take over the show, saying only that he will “do everything I can to see it carry on and carry on well.” Tina Fey seems like the most natural successor, but if he ends up handing it over to Colin Jost, I will burn it to the ground (Editor’s Note: There will be no actual arson). I genuinely cannot think of anyone else well suited to the position who would actually want the gig, except maybe Seth Meyers, who already has a job, although I could see him giving up Late Night for SNL since he’s not likely to take over The Tonight Show anytime soon (Fey and Meyers co-showrunning wouldn’t be a bad idea, either).

Whoever it is, I hope they keep Kenan around another 30 years so that he can outlast Lorne Michaels on the show.