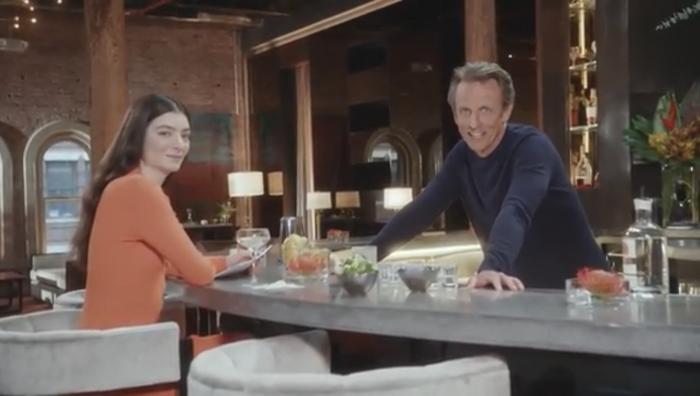 Recently, I saw a Twitter “prompt” going around that asked the question “Could you go out all night drinking with your 19-year-old self?” That is, of course, assuming that you drank a lot when you were 19. I know I did. However, most of that drinking would involve me passing out. It wouldn’t be much of a challenge if I paced myself. I think a new question is in order. One that seems like more of a challenge.

Could you go day drinking with Seth Meyers and Lorde?

In the newest episode of Late Night with Seth Meyers, Seth and Lorde went day drinking. Sorry, that really doesn’t do it justice. A more appropriate summation would be: Seth and Lorde drank enough booze to kill several elephants. They drank so much that Lorde needed an IV Drip because she had to perform on a different show later that night!! And she did!!! To dust off an old cliché, that is very Rock’n’Roll.

Not only did Lorde and Seth drink, a lot, they played games to continue their drinking. Guessing various royals, New Zealand slang, and my favorite game: Seth having to, on call, remember Lorde’s real name. It’s Ella Marija Lani Yelich-O’Connor. And yes, I still had to look it up, despite JUST watching the segment. So it’s safe to assume that Seth doesn’t do great when he’s several drinks in.

One of my favorite things about the bit is that both Lorde and Seth seem like really fun drunks! Lorde is chill and laid back. Seth is… Seth. If you watch his show you’ll know that he’s basically a theater kid with a talk show. I mean that in the best way. He’s big and expressive. So, spoiler alert, that really comes out here.

You’ll be hard-pressed to find a more delightful video to watch today. Or a more inebriated one.

← Season 3 of HBO's 'Barry' Set to Begin Production. Finally | Review: 'Old' Is M. Night Shyamalan At His Best And Worst →