Netflix’s adaptation of Andrzej Sapkowski’s Witcher books and CD Projekt’s associated games has been one of the streaming service’s major hits. The first season of this sprawling fantasy series introduced us to lost princess Ciri (Freya Allan), fiercely independent enchantress Yennefer (Anya Chalotra), and minstrel Jaskier (Joey Batey), whose earworm “Toss A Coin To Your Witcher” is so aggressively catchy it qualifies as an offensive weapon. They and a gaggle of supporting characters circled The Witcher’s main draw, the grizzled, greasy, white-haired killer who held the fate of nations in his grasp. Geralt, played to perfection by Henry Cavill, aka Clark Kent, aka August Walker, aka Solo, aka The Guy with the Arms. It was a casting decision for the ages. Not only is Cavill an absurdly good-looking man, especially when covered in grime and monster guts, but he’s a giant nerd with a genuine appreciation for the source material. In every interview, Cavill demonstrated his understanding of the Witcher’s world and who Geralt is as a character. He muttered ridiculous dialogue without sounding like a LARP in the park. The man infused every grunt with enough raw sexual energy to blow the clothes off a sex worker at 20 paces. And he knew how to fill a tub. 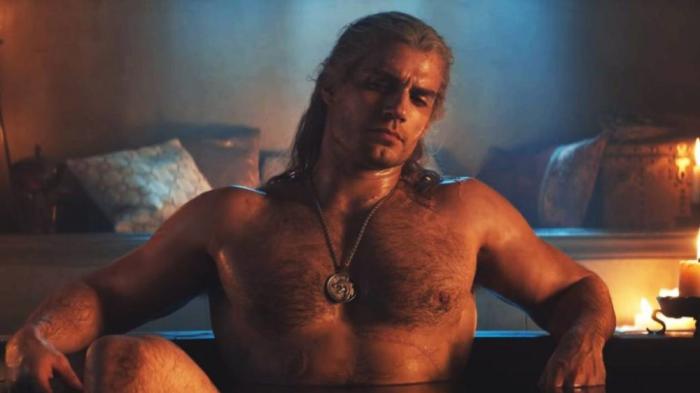 So when Cavill announced he would leave The Witcher after season 3, jaws hit the floor. This was a man who seemed committed to the role. Guesses about about why Cavill decided to hang up his sword are flying. His return as the Man of Steel may very well have something to do with it. The rumors Mike hinted at yesternight (coined by my young son when he couldn’t think of “last night,” everyone should use it) are also a possibility. Personally, I think this internet rando is onto something, blaming Cavill’s struggles with the writers. He’s spent years advocating for Geralt to be more of a person and less a force of nature. And season 2, while solid, made some strange choices with the characters, like Yennifer trying to sell off Ciri; that didn’t sit well with canon purists. I think he got tired.

henry cavill has been fighting the show-runners for years and it looks like he finally gave up his fight 😢 pic.twitter.com/2E7nlAKtgK

But somehow as bad as Cavill’s departure is his replacement. Liam Hemsworth. That’s right, the man best known as Gale from The Hunger Games. The Scott Eastwood of the Hemsworth clan. No disrespect to Liam; I’m sure he’s a perfectly suitable stand-in for Chris when their mom needs the sofa moved. And like Cavill himself, I suspect that he’ll cut a more imposing figure once he’s smeared with banshee blood. Still, it’s an obvious downgrade, and fans like myself were simultaneously crushed and left struggling to find an apt comparison to describe our feelings. It’s a casting choice that makes some sense on the surface — muscular, bearded white dude with a foreign accent — but to any viewer with better depth perception than Ray Charles, it’s an obvious downgrade. Below I’ve compiled some examples to help our readers describe their angst to confused family and friends.

Liam Hemsworth is the cauliflower of Witchers, is my point. White, watery, and smelling vaguely of damp socks. Useful as a last resort but preferred only by those who’ve already had the joy sucked from their lives. But maybe I’m being overly cynical. Maybe Liam will make a fantastic Geralt — or, perhaps, his apprentice\replacement. I mean, how bad could it be?