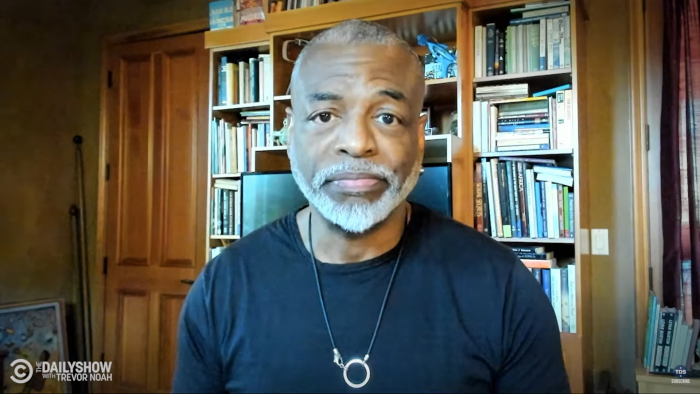 Banning books has become a new tool of the Republican Party. The same people who once complained about Dr. Seuss’s estate pulling books they found offensive don’t want their kids to be offended by different perspectives. Most of the books they want to be banned aren’t even offensive, they just present information that conflicts with their narrow world views. It’s frustrating and sickening and even Levar Burton is getting mad.

The former host of Reading Rainbow and popular choice for Alex Trebek’s successor stopped by The Daily Show last night. While there, he showed just what his former show would be like by these banned book standards. The answer: not great. The books he chooses to highlight are wonderful examples. They are, on their face, relatively mundane. But if they are applied through the filter of what is and isn’t acceptable, set by a room full of bitter white people, then they are not to be mentioned at all.

The books are still out there, though. So Burton ends his bit with a call to action. Read banned books. Just because they aren’t allowed in schools doesn’t mean they don’t exist. Hopefully, if certain books are banned, they’ll attract more attention. The attempt to be rid of them will have the opposite effect, and Levar Burton won’t be arrested for trying to share a book about two male penguins who adopt a baby penguin.

With all these book bans, @levarburton's life just got a lot more difficult pic.twitter.com/hkaa3jH0uB