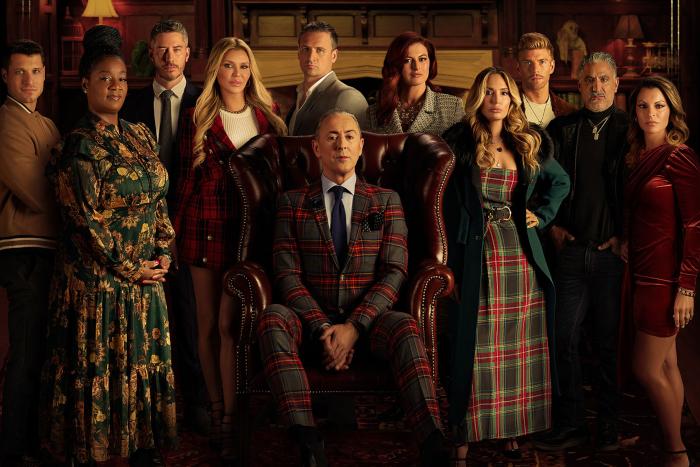 Let's Talk About the Cruel Ending to Peacock's 'Traitors'

(Spoilers for Traitors, and also for season 43 of Surivvor

I’m a longtime viewer of Survivor and I’ve found that, counterintuitively, something that’s allowed the series to flourish for over 40 seasons is that — no matter how deeply players develop relationships with one another — they’ve increasingly been conditioned not to trust anyone, let alone their closest allies. Games like Survivor trade on social capital and trust, but after 44 seasons, too many players have been burned for anyone to realistically believe they won’t get stabbed in the back. That is why — for instance — it was shocking that Cody was so surprised that his closest friend on the island, Jesse, would burn him as cruelly as he did in the most recent season of Survivor, essentially stealing Cody’s immunity idol and using it against him. We’re used to seeing players shocked, but Cody was legitimately devastated by the betrayal of someone he thought to be a true friend, and that’s something we haven’t seen in years on Survivor.

One might think that on a reality competition called Traitors that players would know better what to expect. Still, the painful albeit successful first season of the Peacock series harkened back to those earlier seasons of Survivor where players would gain another’s trust only to use it against him or her, which often led to devastating emotional consequences. For better or worse, the series — unlike its counterparts in the UK or Australia — combined both veterans of the reality-competition world with newbies. While the varying levels of social-game experience often led to great drama, it did not make for a particularly comfortable viewing experience, especially in its finale.

Despite 20 years of reality competition history, a number of players on Traitors were often unable to separate the personal from the professional. People got hurt, and the premise of the series is designed to reward cruelty, which meant that the results often felt less satisfying than toxic. Being assigned a traitor weighed heavily on players while being falsely accused of being a traitor often seemed to weigh just as heavily.

Take, for instance, the two players from Big Brother, Cody and Rachel. Cody (a different Cody than the one on Survivor) was chosen to be a traitor (the players do not choose; the producers do), and after a few days, it was clear the lying began to take a toll. He acted nervously, he fidgeted, and he looked like he hadn’t slept in days. He cracked under the pressure, which is the point of the game. Meanwhile, when everyone turned on Rachel, she was at first heartbroken and then so furious she began to lash out. I get it: When you’re not a liar, and everyone is calling you a liar, that’s probably harder to swallow than when you are an actual liar being called one. It feels personal. It feels like an assault on one’s character.

The four remaining players were Andie, Quentin, Arie, and Cirie. Cirie and Arie — reality show veterans — were traitors, and Andie and Quentin — sweet summer children — were newbie civilians who assumed there were no more traitors left. In the first round, Quentin and Andie voted to end the game because they assumed Arie and Cirie were, like them, Faithfuls, while Arie voted to end the game because he was prepared to split the winnings with Cirie. Cirie could’ve ended the game there and gone home with $125,000, but went bold. She sold out her fellow traitor, Arie, and voted to continue the game.

Arie — a former bachelor on The Bachelor, a boring but nice white guy who comes from money — made one of the classier moves in reality-competition series history: He stepped aside. He saw the writing on the wall and recognized that Cirie had turned on him, but instead of blowing up her game and trying to save himself, Arie walked away. Rich white guys usually don’t go down so easily, and I was reminded weirdly of Patrick Dempsey’s character in Sweet Home Alabama when Reese Witherspoon ditched him at the altar for Josh Lucas. Good for you; now go back to your incredibly privileged life!

After Arie left, Andie and Quentin did not wonder, “Why did Cirie decide to eliminate him? How did she know he was a traitor?” They instead thought, “Oh my god! Thank you, Cirie! Thank you for eliminating the traitor and assuring our win!” Cirie had spent the entire game cultivating real, meaningful relationships with players. They confided in her. They treated her like a mom figure. They loved her, especially Andie, who grew close to Cirie.

Andie was so thankful that Cirie had voted out Arie that the idea that Cirie could be a traitor never entered their mind until Cirie revealed herself and took all of the prize money away from Andie. I don’t think I’ve ever seen a reality show contestant as legitimately wounded emotionally as Andie. Like most viewers, I spent most of the show rooting for Cirie to pull out a victory, but when she did, I felt sick. It was not Cirie’s fault that she was chosen to be a traitor, and I didn’t begrudge her for playing the game so well, but her victory felt painfully cruel.

In the end, Cirie said that — as much as she cared about Andie — she chose her own family over another player. I get it, but it’s also the problem with reality competitions like these. Often, the people who are playing in them are doing so because the money itself has so much value to them. Cirie is a nurse who needed the money to care for her mother and put her kids through college; Andie is a music director who needed the money because Andie and their wife were having a baby. The money was personal, which made the game personal, which made the cruelty feel personal, too.

I loved the game. I loved the premise, and I loved some of the players (Kate) and hated some of the others (Christian). I will absolutely watch another season. However, I hated the way that the money meant so much to some players and nothing to others: It gave players like Arie the privilege of backing out with grace, while others like Cirie had to sell their souls to a reality show for the opportunity to win enough money to care for their aging mothers.


← The Ben Shapiro and Steven Crowder Feud Has Been Revealing | How Does 'The Last of Us' TV Show Differ From the Game? →