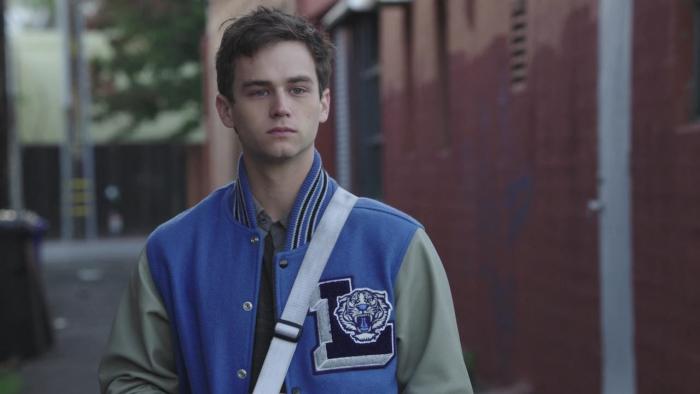 For those few who still watch, I didn’t want to spoil it in my review of season four of 13 Reasons Why earlier this week, but on a series that has featured one problematic trainwreck after another, how they killed off Justin Foley was a four-train pile-up. Spoilers

In the final season of 13 Reasons Why, Justin Foley — a teenager — dies of a sudden and surprising case of full-blown AIDS.

There are a number of problems with this storyline, so let’s get into it. First off: Why? Justin Foley (Brandon Flynn) has been something of a redemption story on 13 Reasons Why, although “redemption stories” are relative on a show where a serial rapist can also be a nice guy, sometimes, and where the main thrust of the fourth season is about finding justice for and redeeming a character, Monty, who raped a classmate with a broomstick.

In any respect, Justin was good friends with the serial rapist — and in one case in the first season, looked the other way when Bryce rape of Justin’s girlfriend — but he’s come a long way since then. After spending some time as a sex worker while homeless, Justin cleaned himself up, got sober, and found a new family in the Jensens, who loved and supported him. He and his long-time on-again, off-again girlfriend, Jessica, had even found the on-again gear, and it seemed like it would stick until Justin arbitrarily decided that they needed to break up so he could focus on his sobriety.

That is exactly how Justin spent most of the season: Focused on his sobriety and getting into college (which he achieved!). But then Justin’s biological mother — who abandoned him — returned. Justin’s mother is an addict, and Justin gave money to his mother to feed her addiction, and then Justin’s mother died of an overdose, and then Justin relapsed. The relapse, thankfully, was brief, and though he remained sick — and a lesion suddenly appeared on his neck — he otherwise sobered up and recovered enough to make a surprise appearance at prom, where he and Jessica fully reunited on the dance floor.

And then Justin collapsed.

When Justin woke up in the hospital, he was informed that he had AIDS and that he’d managed somehow to manage to attend rehab just months before without being tested for HIV. Justin never even knew he had HIV, and for all intents and purposes, made the leap from a healthy individual to full-blown AIDs in a matter of days, maybe weeks. He died between prom and graduation.

There is a lot of reasons this storyline is moronic — why kill off the one character who legitimately redeemed himself, except as an exercise in misery porn? — but chief among them is this: That’s not how HIV works. It is possible, of course, to go undiagnosed for years (1 in 7 people with HIV are undiagnosed), and it is still painfully possible to die of AIDs, especially if it goes untreated (about 17,000 people a year die of AIDs in the U.S.). But Justin lived on the streets as a sex worker maybe two, three years prior to his senior year, tops. No one dies this suddenly of AIDs. It takes eight-to-ten years to progress from HIV to AIDs and then usually another two or three years to succumb to the virus. You don’t just collapse at prom, wake up in the hospital, fall into a coma, and wake up long enough to say goodbye to your loved ones and then just … die. I sat with people dying of AIDs in the early 90s — it’s a slow and painful way to die, and it is often accompanied by dementia closer to the end. It is brutal.

What happens to Justin cheapens the pain and severity of the HIV virus, and it does so for no reason whatsoever. 13 Reasons Why has nothing to say about HIV. They seemingly just chose it because it would provide the most shock value. It could’ve been anything — a heart defect, a blood disorder, renal failure, etc. — and almost any other cause of death would have been more realistic. This was just cheap sensationalism, and for most teenagers — who aren’t privy to the details of the AIDS epidemic — it is an upsettingly unrealistic entry point into the disease.

But after four seasons of this mess, could any of us possibly have expected better.

← A Cover You Didn't Know You Needed: Radiohead's 'Creep' Re-Imagined As a Medieval Ballad | 'Tenet' Pushed, as the Summer Blockbuster Window Continues to Narrow →