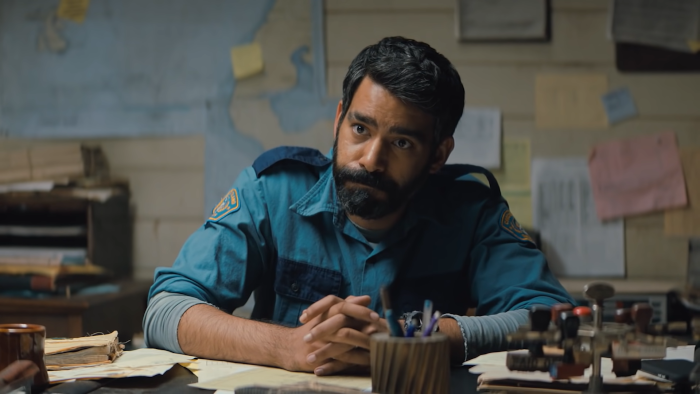 Mike Flanagan and his producing partner Trevor Macy will be adapting Stephen King’s The Dark Tower books through their company Intrepid Pictures. If you’re like me, allow yourself a moment to squeal with excitement like I did. Flanagan has proven himself more than adept at adapting King’s work, with Gerald’s Game and Doctor Sleep being two of the best King adaptations out there (in this writer’s opinion). Also, it’s the Director’s Cut of Doctor Sleep or nothin’.

Flanagan’s sites are set on Mid-World and Roland Deschain’s faithful ka-tet (or fellowship if ye ken). The plans are to do five seasons and a movie. If Amazon wants in, great, but they are not tied directly to it just yet, despite Flanagan’s new deal with the studio. While we wait for more information on the project, what else is there to do aside from speculating wildly about casting? I’m going to lay out who I would like to see in Flanagan’s series (and movies).

Concerning Spoilers: I will do my best to avoid mentioning the fate of the characters. I’ll also try and shy away from covering too many, as that in and of itself could be a spoiler. That being said, there are two that I will be saving for the end. If you want to avoid deep Dark Tower spoilers, stop when I tell you and you will get a list that should be fun and help stoke excitement. If, in true Dark Tower fashion, you want more, keep reading.

Let’s get the big guy out of the way. Roland Deschain, the last of the gunslingers, is the lead of Stephen King’s epic fantasy. While there are plenty of characters who make their presence felt throughout the seven books, it is Roland’s story. He is a hardened man with a troubled past and an unshakeable need to reach the top of the mythic Dark Tower. Rahul Kohli would be a perfect choice. He’s an incredibly talented actor who has demonstrated great range over his career. He’s no stranger to a grueling television schedule. He’s also no stranger to Mike Flanagan. Casting Kohli just makes sense.

While Roland is grim and grit personified, there is a softness to him that is eventually … let’s say dusted off, through his relationship with his ka-tet. Idris Elba was a great choice for Roland in the one Dark Tower adaptation we have, though the less said about that movie the better.

Before we start old arguments in the comments, I’m very much aware that Roland was modeled more after Clint Eastwood’s Man With No Name. Frankly, I don’t think that’s relevant anymore, nor do I think casting against type hurts the story at all. If not getting to hear Detta Walker call Roland a “honky mahfah” ruins it for you, that’s between you and Maturin. 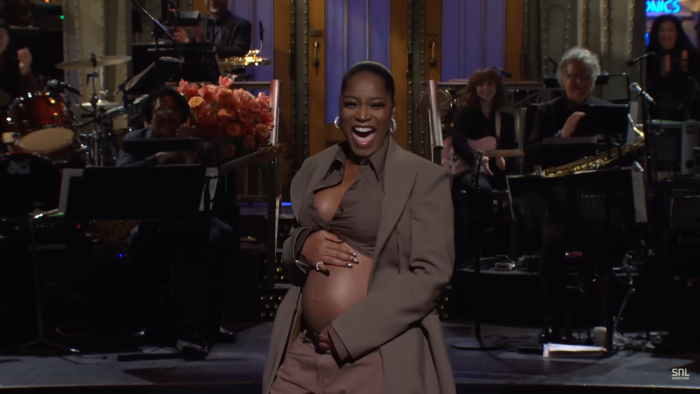 Why not go for broke? If you want the best, you cast the best. Keke Palmer is not just a star. She is a force. That’s exactly what the character of Odetta Holmes deserves. It’s hard to get into detail about Odetta/Detta/Susannah without spoiling too much. What I will say is that the character has multiple personalities due to a traumatic injury and those personalities do not get along.

Palmer would be an inspired choice for the role. Her talents cannot be denied and Holmes would be an incredible showcase for them. She would basically get to play three characters (or four depending on how you view the casting of Mia). In the right hands, Odetta could be an iconic role. Palmer and Flanagan’s hands look right to me! 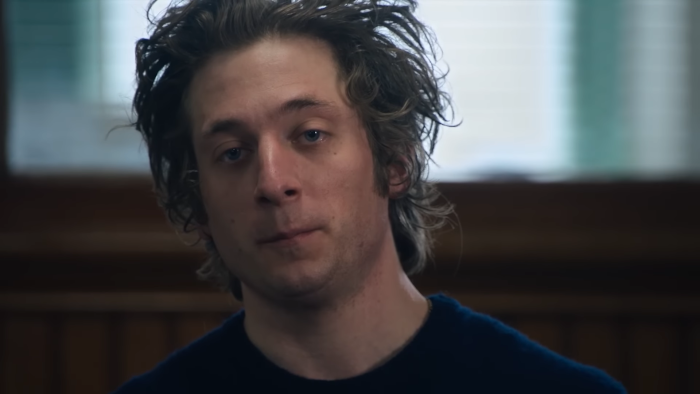 Eddie Dean is a heroin addict who is brought along on Roland’s journey. He’s funny, immature, and has a journey of self-discovery that is one of the easiest to relate to (in my opinion). Eddie lost his way, and Roland’s ka-tet helps him find it. He goes from junkie to hunky.

I was stuck on Eddie’s casting. Several of these popped into my head and wouldn’t shake themselves loose. The same thing happened when our own Steven Wilson brought up an undeniable choice: Jeremy Allen White. White recently starred in Hulu’s The Bear, turning in a remarkable performance. 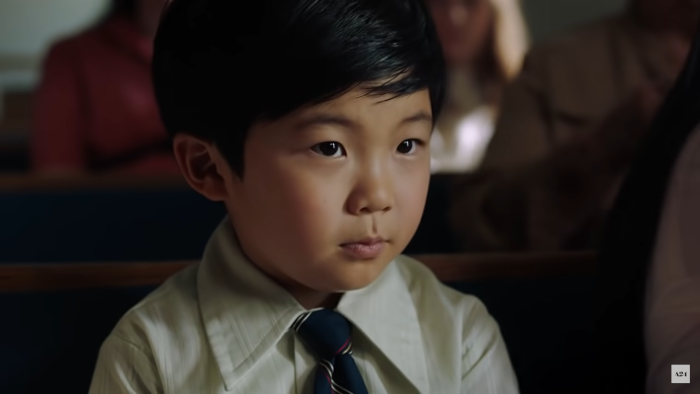 Jake Chambers is the heart of the ka-tet. The young boy is one of the first to join Roland. I won’t get into details about their meeting, but it helps drive the series. We also see Jake, over the series, lose his innocence while being exposed to death, destruction, and mystical mayhem. You need a skilled child actor, and Alan S. Kim fits that bill.

The young thespian made an absolute splash in Minari and he’s set to appear in John Krasinksi’s new film If. Not only is Kim a gifted actor, but he also has charm for days. Jake grows into his role at Roland’s side, and choosing an actor Kim’s age (he’s only ten) would allow us to see that happen in real-time. Jake should steal the heart of the audience just as he does Roland. 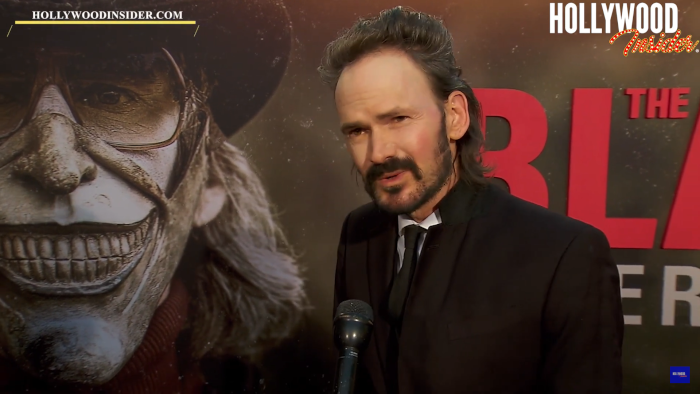 Walter O Dim. Marten Broadcloak. Randall Flagg. The Walking Dude. The Man In Black. King’s most notorious recurring villain has many names and many forms. In The Dark Tower series, he is not the suave, handsome man we know from The Stand. Dim is, for lack of a better word, skeevy. He’s a weasely little magician who plots and prods and skulks through the books, always looking out for himself over others. He should give the audience a feeling of unease whenever he is onscreen.

Jeremy Davies is an Emmy-award-winning actor with decades of experience under his belt, including a turn as Charles Manson (which, ya know, is relevant). Recently he appeared in Scott Derrickson’s adaptation of The Black Phone, delivering a haunting performance. He has the chops, and he’s more of a journeyman actor as opposed to a big name which I believe will help enrich the role. Walter O Dim is not the most sympathetic villain, but he can’t be one-note. He deserves the depth that a talented, seasoned actor can bring. Jeremy Davies is that actor. 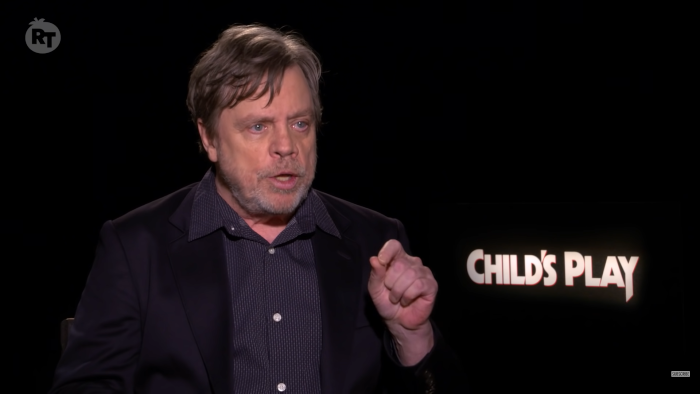 There are many strange creatures in the world of The Dark Tower but none are as cute as a Billy-Bumbler! Billy-Bumblers look like dog-sized raccoons crossed with woodchucks. They can mimic human speech (albeit in a limited manner). They’re adorable and Oy is the greatest of them all. We may not see him for a bit, but when we do, Hammill stepping in to lend the vocals would be a real treat. I’d love for him to have a bigger part in the show, especially since he’s joined Flanagan’s work family recently, but I assume he wouldn’t want to take on something this big at his age. I’d love to be wrong though!

That’s it. That’s my list so far. While I didn’t get into why I think Wyatt Russell would be perfect as Tick-Tock Man (he would be), I am satisfied with what I have laid out before you. That being said, if you’d like to read further, there is more. A big swing and a couple of spoilers. If you wish to avoid those and carry on, I will not judge. If you would continue this journey with me, I’d say only thankee sais. 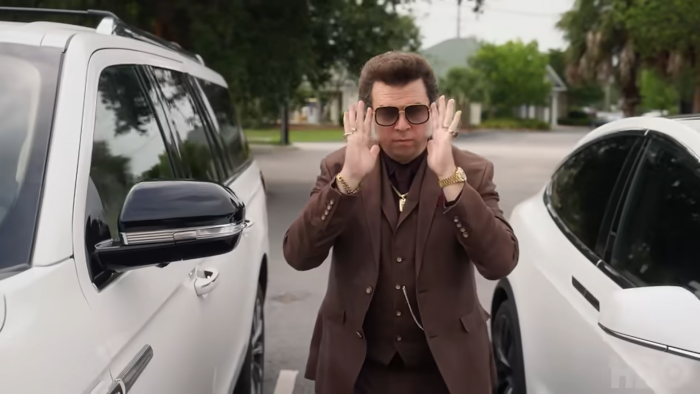 I said dream casting, didn’t I? Blaine is a pain, oh it’s true. He’s a talking, insane monorail on a suicide mission and he wants to take the ka-tet with him. He’s petulant, loves rhymes, and does bad impressions (at least that’s how I read them). I also read them, very firmly, in Danny McBride’s voice. I’ve never shaken it from my head. I get it if this doesn’t resonate with everyone, but hot damn it just makes sense to me. 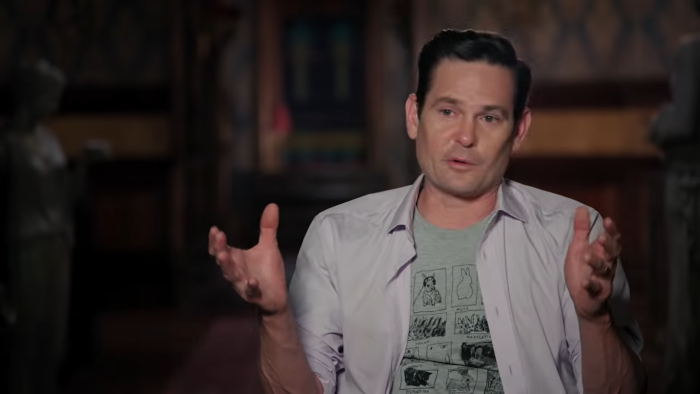 Father Callahan travels from Jerusalem’s Lot to Mid-World. If you’ve come this far, you likely know-how. The man is on a journey of redemption, given his failure in Salem’s Lot. The older, battered preacher becomes a pivotal part of Roland’s ka-tet. Just as Henry Thomas has become a part of Flannagan’s. Thomas may not seem old enough yet, but we’ll likely have a few years before Callahan makes an appearance. When he does, I think Thomas would bring the proper weight to him.

Yes, King himself appears in The Dark tower series. A couple of times! Hader has mentioned in the past that he has a King impersonation in his arsenal. I also think it would behoove the material to have a well-known person play the well-known man. The author’s appearance may already be a lot for audiences to wrap their heads around. Having a popular funny man like Hader onboard will soften the blow. Plus, he’s already got King adaptation experience.