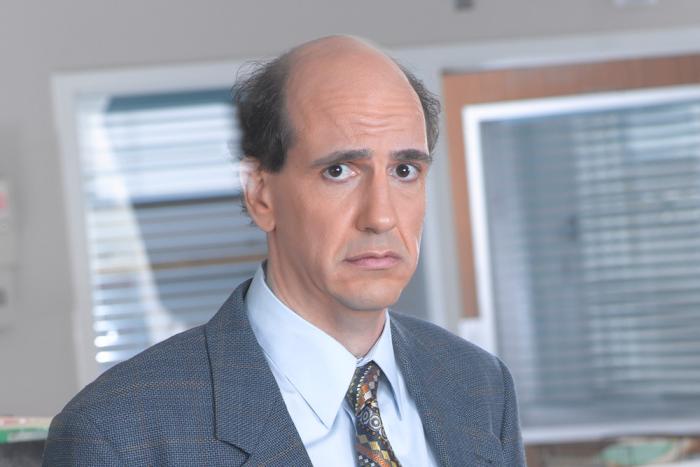 Leaving Sam Lloyd Out of the In Memoriam Was a Little Too on the Nose, Television Academy

No one would have expected to have been left off of the Television Academy’s In Memoriam segment during last night’s Emmys more than Ted the Lawyer from Scrubs, but come on! What’s a person got to do to be acknowledged? Sam Lloyd, who passed away after a battle with brain cancer last April, may be best known as Ted Buckland on nine seasons of Scrubs, but the man had 69 (mostly) television credits to his name and a fairly successful a cappella band.

Zach Braff is none too pleased about his omission, either, and for good reason.

For those wondering: The Emmys chose to leave Nick Cordero out of the memorial montage. I had no idea one had to campaign to get their loved one in. We did. They passed.

I should mention too, that they also left out Sam Lloyd. I would have never even considered “campaigning” for Sam because he had more TV credits than most actors I know. pic.twitter.com/roIp4IVtBc

I had no idea that one had to campaign to be included in the In Memoriam segment the way one would have to campaign to be nominated for an Emmy, although I suppose it makes sense that the Television Academy would decide who is worthy of their “honor” based on the ability of another famous person to vouch for them. But yes: Honestly, I wouldn’t have thought to “campaign” for Sam Lloyd, either. It seems like he’d be included automatically, and the Academy’s failure to include him feels invalidating — not of Sam Lloyd, but of the Academy itself.

It’s a bummer, and Sam Lloyd is still missed.

#SamLloyd a billion percent should have been included in the #Emmys2020 In Memoriam.
He was one of our generations best television character actors and we didn’t deserve his comedy or singing talents. Full stop. pic.twitter.com/PUJ7uegwU8

RIP Mr. Lloyd. You’re in the In Memoriam segment of our hearts.