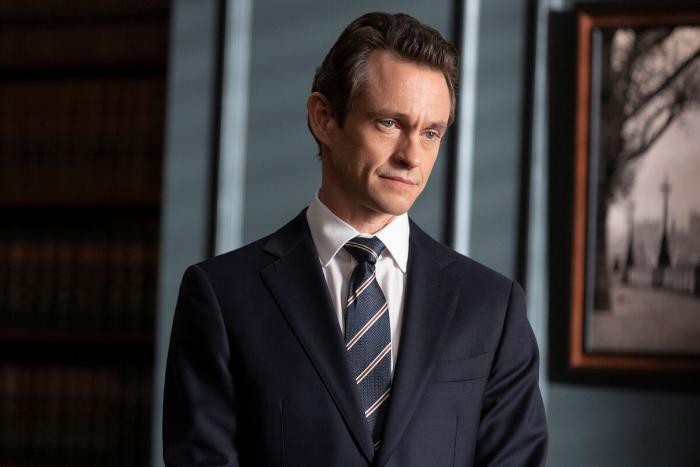 This week’s Law & Order bounced all over the place, but ultimately landed on a fairly interesting issue: Can you claim the insanity defense by reason of pathological bigotry? The “ripped from the headlines” case initially mirrored the subway shooting in New York City earlier this year that left 29 injured. Here, however, the suspect was white, seven people were killed, and the suspect specifically targeted Asian people on the subway.

There were a couple of minor issues to dispose of. First off, the feds wanted to prosecute the case, but allowed EADA Nolan Price — who witnessed the aftermath of the shooting — to do so, but only if he agreed to seek the death penalty. Nolan is morally against the death penalty but ultimately agreed (the public defender essentially called Price a sell-out. “I’m just doing my job,” he insisted).

Instead of using surveillance video footage to identify the suspect — as in the real subway shooting — authorities used the ex-girlfriend and mother of the suspect’s child as a confidential informant. The CI not only led police to the suspect but also to the murder weapon. The defense argued that the prosecution may have fabricated the CI, so the judge compelled the prosecution to identify her. The ex-girlfriend was so distraught over being identified — after the prosecution promised she wouldn’t be — that she gave lousy testimony, which led the judge to toss the murder weapon.

No matter. Nolan had enough eyewitness testimony to build his case, but the twist arrived when the defense stipulated that the shooting was a hate crime. The defense did so because it allowed the suspect to change his defense to not guilty by reason of insanity — the insanity here being “pathological bigotry.”

It’s a bullsh*t defense — and Price easily poked holes in it to secure not only a conviction but the death penalty — but it’s an interesting defense. Some would argue that extreme racism is a mental illness, and some psychiatrists have even sought to have it classified as a psychiatric disorder. In the ’60s, when a group of Black psychiatrists sought to have it classified as such after a string of murders during the Civil Rights Era, the American Psychiatric Association denied them down. The reason? Get this: “The association’s officials rebuffed the recommendation, arguing that so many Americans are racist that even extreme racism is normative and better thought of as a social aberration than an indication of individual psychopathology.”

That’s the Catch-22, isn’t it? By claiming that extreme racism is widespread, you normalize it. However, by claiming that it’s a psychiatric disorder, maybe you open up the possibility of a rash of hate-crime suspects claiming insanity defenses by reason of pathological bigotry.

I think this particular issue was inspired by the case of Grafton E. Thomas, who went on a stabbing rampage back in December 2019 in New York, targeting Jews as they celebrated Hanukkah. In this particular case, Thomas was deemed unfit to stand trial because he is schizophrenic (Thomas is still in a psychiatric hospital nearly three years later).

Ultimately, that’s where Law & Order split the hairs. Price argued that the suspect’s pathological bigotry was not a manifestation of mental illness because the suspect was clearly in his right mind when he specifically targeted Asian people. But in a way, that sidesteps the bigger issue: Is extreme racism a form of mental illness in and of itself, regardless of any other underlying mental illness issues?

I very much doubt that anyone will be able to successfully argue as much, which is good for the legal system. However, by failing to classify extreme racism as a psychiatric disorder, we end up doing exactly what the Black psychiatrists during the Civil Rights era didn’t want to do, which is to normalize extreme racism. “It’s not mental illness. It’s just America.”

Putting the grisly optics of the subway shooting aside (too soon!), this episode was Law & Order at its best: It introduces a novel legal issue that’s at least worth exploring.